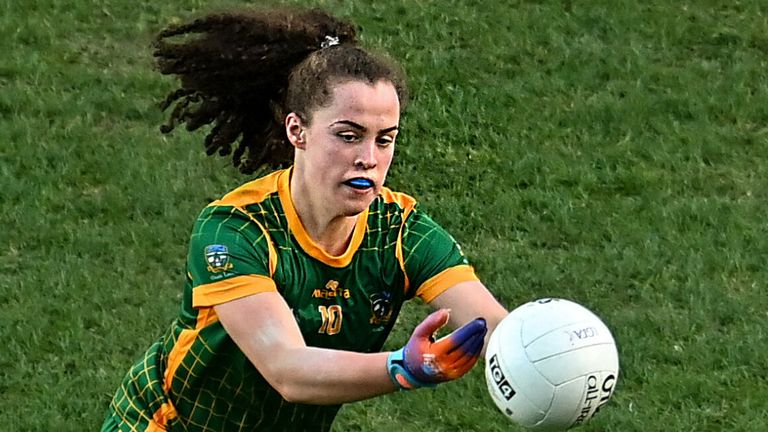 With two TG4 All-Ireland final appearances and one winner’s medal in the bag by the age of 18, Meath’s Emma Duggan is one of the most promising ladies football talents ever to play the game.

But the next few months will be a delicate juggling act as she combines virtual county training with her Leaving Certificate preparations.

A sixth year student at St Peter’s College in Dunboyne, she admits that general stress levels have escalated in her peer group, but the distraction of inter-county training has been most welcome in a time of turbulence.

“It’s tough going alright. The worst thing is you are kind of stuck in the same room all day. I’m on the iPad all day for school, then you have homework to do and some study to do on top of that. When you’re in school there is at least a change of scenery but it all looks the same now at the minute,” said Duggan (18), who scored seven points as Meath defeated Westmeath at Croke Park in December.

“I’m definitely finding it a bit of a struggle at the minute. Back in September when we first started back in school, that was when county football kicked off again. It definitely served as a great distraction for me. Heading off to training, it’s a very good mental break.

“Whereas now I’m stuck at home, training on my own. You are not socialising with your friends and teammates either, but you have to keep it in your head that you are going to be back soon enough. That is keeping me going at the minute.” 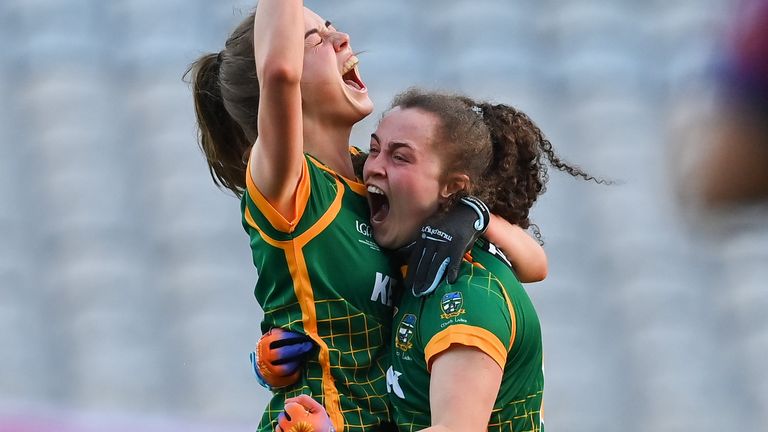 This week’s confirmation that Leaving Cert students can opt to take the traditional exam or the accredited grades will bring some relief around the country, but whatever happens come June, the Meath youngster will be prepared.

“Routine is the most important thing for me,” Duggan said. “I have become a big fan of the diary since January started. I write out what I plan to do for the day and that keeps me on top of things and helps me focus. Every hour of the day I have something to do and that keeps me busy.

“There has been a lot of uncertainty, whether it will or won’t go ahead, but I know myself, I’m just focused on the job that has to be done. But it is very hard. A lot of my friends are a bit stressed at the minute because we are trying to fill out our CAO too, all of that is creeping up.

“I’m not too stressed right now, whatever will be will be. That’s the mindset that I’ll stick with. Hopefully I’ll be ready for whatever it is.”

While exams and studies are taking priority for Duggan, the prospect of playing Senior Championship football later this year really excites the Dunboyne forward. She wasn’t part of the panel that lost the 2018 Intermediate Final, but defeat in the 2019 edition was a heavy blow for the debutant.

Meath put their consecutive Final losses behind them (they’d also suffered defeat to Tyrone in 2017) with a stunning show against Westmeath, and although their promotion came a year later than she’d hoped, Duggan thinks the team is now ready to be a competitive Senior outfit.

“Looking back 12 months ago, I don’t know how we would have gotten on in Senior. We have come on leaps and bounds since then. It was a tough year, but even last year’s League helped us, playing games against Senior teams in Division 2,” she outlined.

“I do think we will be competing well this year, but I’m not going to be naive enough to say now that we’ll be winning the All-Ireland this year.

“But at the same time we don’t want to go to Senior just to stay afloat, just to survive relegation; we want to be competing, we want to be winning games and I think the only way is up for us now. We’re all really looking forward to the challenge.” 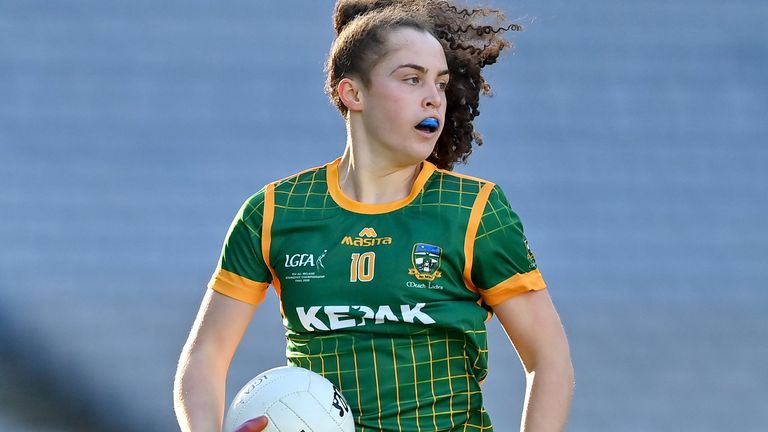 I do think we will be competing well this year.

Duggan is confident Meath can hold their own at Senior

There was never any doubt that Emma would progress into the Meath Senior team and after representing the county at every grade since the age of 12, she looks to have a very bright future in the game.

She singled out her father, Liam, as her inspiration, and with six Laois Senior Club titles to his name with Portlaoise, and a Meath win with Dunboyne in 1998, football is in the blood.

“My dad is football mad,” she explained. “He is from Laois, and he played for Laois and Portlaoise when he was a young lad. He’d be my biggest fan; he’s mad for it. That’s definitely where it comes from and I’m not too different myself.

“I have two brothers and a sister. Both of my brothers play football for Dunboyne. One of them in 21 so he is near the adult teams now. My younger brother is 15, but he is more into his hurling at the minute, but I suppose anything Gaelic Games-related, we can handle.”

For the six Dunboyne club players in the Meath panel last year, 2020 proved to be very memorable as they preceded their All-Ireland success with the club’s first Meath Senior title, to add to their 2017 All-Ireland Intermediate club crown.

For Duggan and Vikki Wall, the celebrations continued as the clubmates were both nominated for the Intermediate Players Player of the Year award, the winner of which will be revealed on TG4 next Saturday night when the 2020 Teams of the Championship are also revealed.

“It is a massive honour. It came as a big surprise. You are finished reflecting on 2020 and then Player of the Year nomination comes out. I’ll be completely honest, I definitely did not expect to see my name there,” she smiled.

“I knew there would be a couple of Meath players there because the team was outstanding this year and there was a lot of standout players, but I didn’t expect to see my name there. It is a massive honour, especially when you have been voted in by the players that you’ve played against all year.

“It was massive and to be there alongside Vikki as well was special. But if you had told me 12 months ago that I’d end 2020 with an All-Ireland medal, I’d have taken your hand off for that. Anything after that, individual awards are just the cherry on top.”