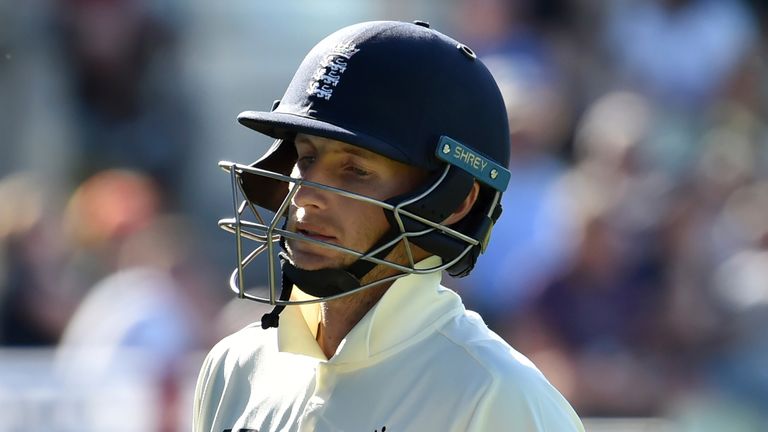 England are on the brink of their first home Test series defeat since 2014 after a calamitous second-innings batting display on day three of the second Test against New Zealand.

There were no demons in the Edgbaston surface but after bowling New Zealand out for 388, giving the visitors an 85-run lead on first innings, the home side contrived to slump to 76-7 inside 27 overs.

Mark Wood (29) and Olly Stone (15no) provided some resistance late in the day, sparing England the indignity of an innings defeat with a stand of 44 for the eighth wicket, but the hosts ended the day on 122-9, leading by just 37 and starring down the barrel of a heavy defeat.

New Zealand shared the wickets around with Matt Henry (3-36) and Neil Wagner (3-18) taking three apiece as the Black Caps aim to become the first visiting team since Sri Lanka seven years ago to win a Test series in England.

New Zealand began the day on 229-3, needing another 74 runs for parity, and Ross Taylor, 46no overnight, seemed intent on wiping out that deficit quickly as he soon registered his 35th Test half-century and continued to motor with a flurry of boundaries in the first hour.

His charge was ended in the first over after drinks as Stone had him caught behind by James Bracey for 80 and the fast bowler should have had Tom Blundell in the same manner later in the over, only for the wicketkeeper to drop the catch as he went one-handed to his right.

New Zealand had taken the lead by the time Wood (2-85) accounted for Henry Nicholls (21) but when James Anderson (1-68) bowled Wagner (0), shortly after Stone (2-92) had dismissed Daryl Mitchell (6), to claim his first wicket of his record-breaking 162nd Test, the advantage was minimal and England had momentum. 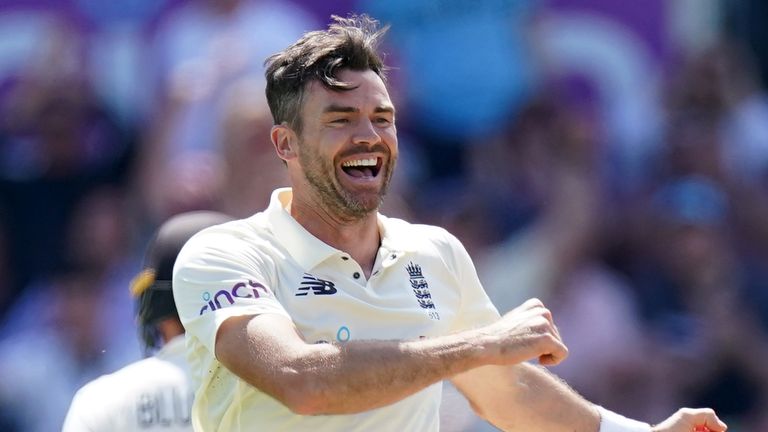 Blundell (34) was the ninth wicket to fall with the lead at 58 but before the impressive Stuart Broad (4-48) rounded things off with his fourth wicket, Ajaz Patel (20) and Trent Boult (12no) had managed to add a quickfire 27 for the last wicket and strengthen New Zealand’s position further.

By tea, their grip on the game was vice-like as Henry dismissed Rory Burns second ball, superbly caught by Tom Latham at second slip, before having Dom Sibley taken at third, four overs later.

Zak Crawley (17) played a couple of classy drives either side of the break before he was lbw to Henry and after Ollie Pope (23) and Joe Root briefly threatened to salvage the innings, the former was pinned in front by Wagner, the lbw decision was upheld on umpire’s call by DRS and the procession really began. 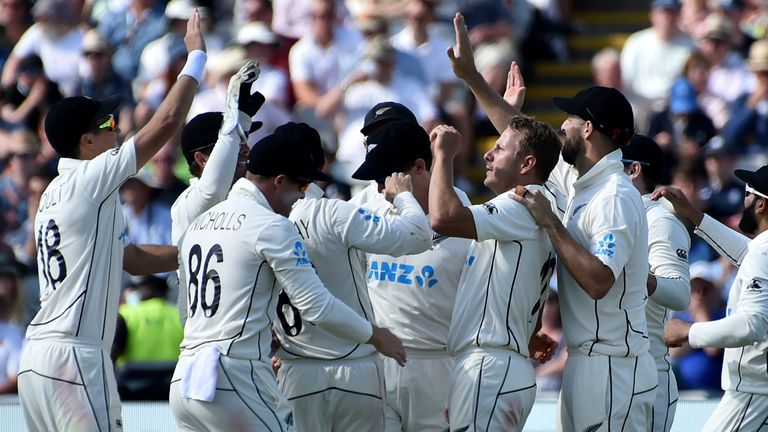 Dan Lawrence edged behind second ball to give Wagner his second, James Bracey (8) scored his first Test runs but then dragged on as he tried to sweep Patel (2-25) and, having dug in for 61 balls, Root succumbed to the left-arm spinner as he was caught behind nicking a cut shot.

Wood played some shots as he and Stone at least ensured that New Zealand would have to bat again but an entertaining partnership was brought to an end by Wagner; Wood sending the ball straight up as he tried to pull it over the legside.

Boult (1-34) bowled Broad in the next over and although Stone and Anderson survived the last couple of overs before the close, New Zealand will be confident of wrapping up a thoroughly deserved victory, both in the match and the series, on day four.

Watch day four of the second Test between England and New Zealand from 10.15am, Sunday on Sky Sports Cricket.