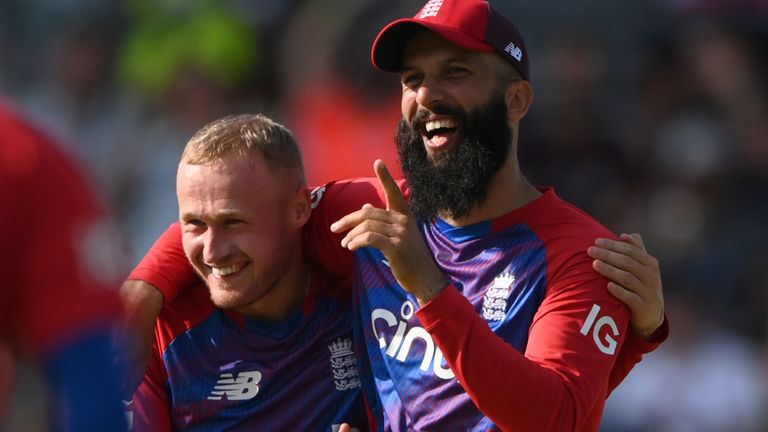 England levelled the T20 series against Pakistan with a 45-run win as their spinners came to the fore at Emerald Headingley.

After setting the tourists 201 to win, Adil Rashid (2-30), Moeen Ali (2-32) and Matt Parkinson (1-25) shared five wickets between them through the middle overs to leave Pakistan’s chase in tatters and despite some brief lower-order resistance, they finished on 155-9.

Jos Buttler (59 from 39 balls) returned to the side as captain, with Eoin Morgan rested, and led England’s batting effort with his 14th T20I fifty, sharing a 67-run stand with Ali (36 from 16) and a partnership of 52 with Liam Livingstone (38 from 23), who followed up his stunning century at Trent Bridge by clearing The Emerald Stand with one enormous six.

England’s victory squares the series at 1-1 and sets up a tantalising decider at Emirates Old Trafford.

Watch the third T20 international between England and Pakistan, live on Sky Sports Cricket from 6pm on Tuesday.