Charlotte Dujardin and the majestic Gio pranced their way into the history books in Tokyo – and they’re not done dancing yet.

And there could still be more with the three-time Olympic champion back in action in Wednesday’s individual competition.

Dujardin, 36, helped Britain claim their third consecutive team medal, adding a bronze to their gold and silver from London and Rio.

It means she overtakes rower Dame Katherine Grainger, a five-time medallist, with three golds, one silver and two bronzes in her three Olympic appearances.

Defending champions Germany proved just too strong again and the USA scored marginally better to drop Britain’s trio down to third – the same podium as 2016 with just the one switch of places.

Dressage may remain one of the most puzzling spectacles at the Olympics, a combination of horsemanship, grace, training and athleticism but Great Britain have quickly established themselves as one of the powerhouses of the discipline.

And you don’t have to understand these majestic dancing horses to appreciate these stats.

Team GB didn’t medal at the first 22 Games in which dressage was staged – in the last three they’ve won three golds, one silver and two bronze – Dujardin contributing in all but one.

In London and Rio she delivered success on her ‘horse of a lifetime’ Valegro, who retired in 2016 to a life of luxury in a lush green field. But she’s hoping Gio could be a worthy successor, with the pair going for more success in Wednesday’s individual competition.

“That’s the second time Gio has ever gone through that, he’s a very inexperienced horse,” said Dujardin. “You could see that in the few mistakes he had, it’s his lack of experience but I’m absolutely over the moon with him.

“He tries so hard, and with more competitions under our belt, I’m sure it will be more of these medals in different colours and I’m sure it’s going to be very exciting.” 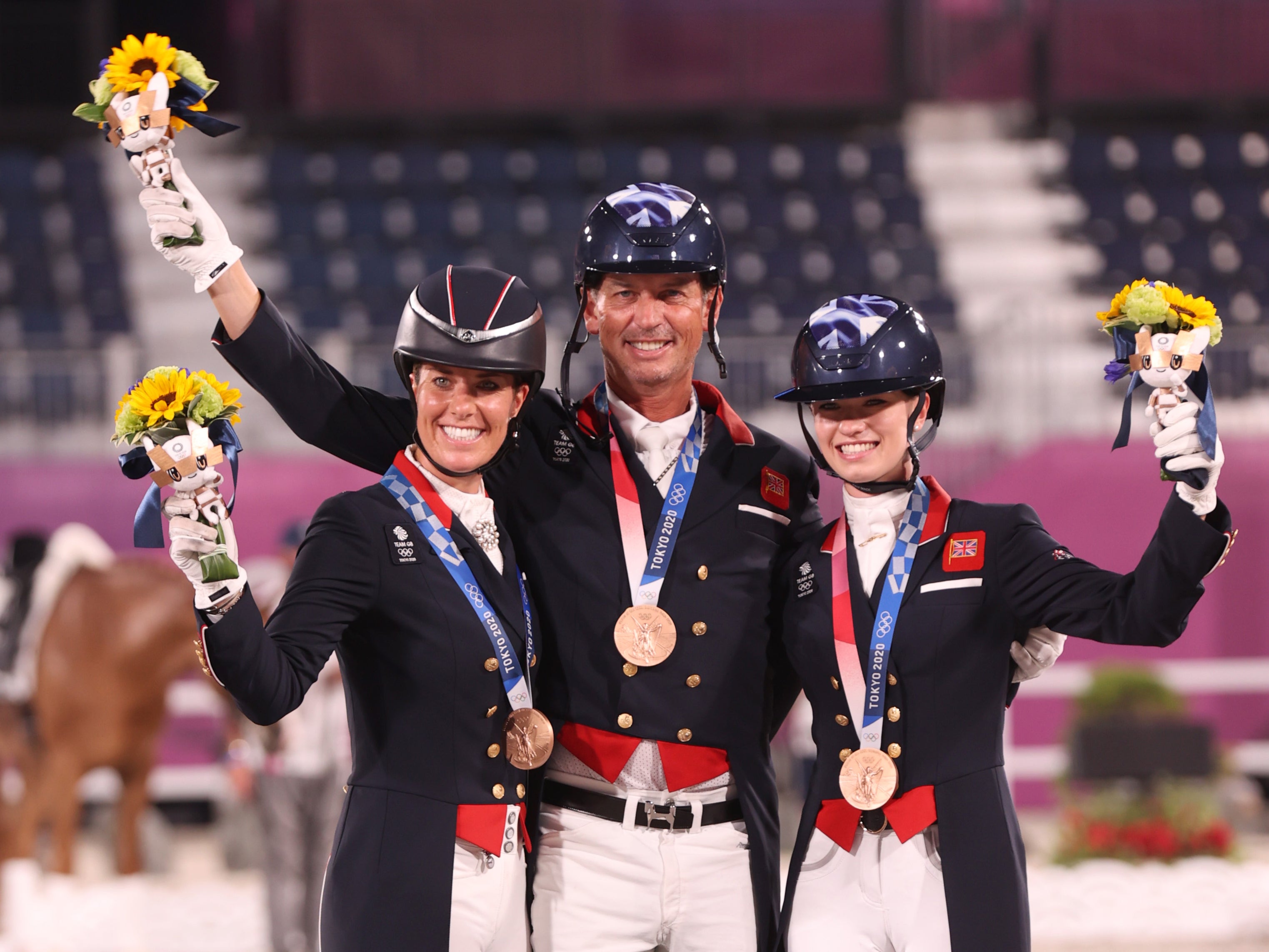 If Dujardin’s exploits hog the horsey headlines then Hester’s contribution to Britain’s dressage dominance must not be forgotten.

At 54 he is the oldest member of Team GB in Japan and this is his third Olympic medal, his first coming two decades after his debut at the 1992 Barcelona Games.

It was Hester who gave a 16-year old Dujardin her first job in his yard and he is a former team-mate of Fry’s late mother Laura, giving his now team-mate her first dressage lessons aged 14.

“Any medal is a dream come true for any athlete,” he said. “I wasn’t entirely sure how it was going to end up because we haven’t been able to compete.

“We’ve had gold in London and this was a hard-fought battle, we’ve got a young Lottie [Charlotte Fry], we all had young horses – it is a dream come true that they all came together.”

Stream every unmissable moment of Olympic Games Tokyo 2020 live on discovery+, the Streaming Home of the Olympics.