BOXER Florian Marku had to be held back by security after trying to fight opponent Maxim Prodan before shoving the welterweight during their face-off.

The 28-year-old, who challenges for the IBF International title on Saturday, failed to contain his emotions during the Anthony Joshua vs Oleksandr Usyk undercard press conference. 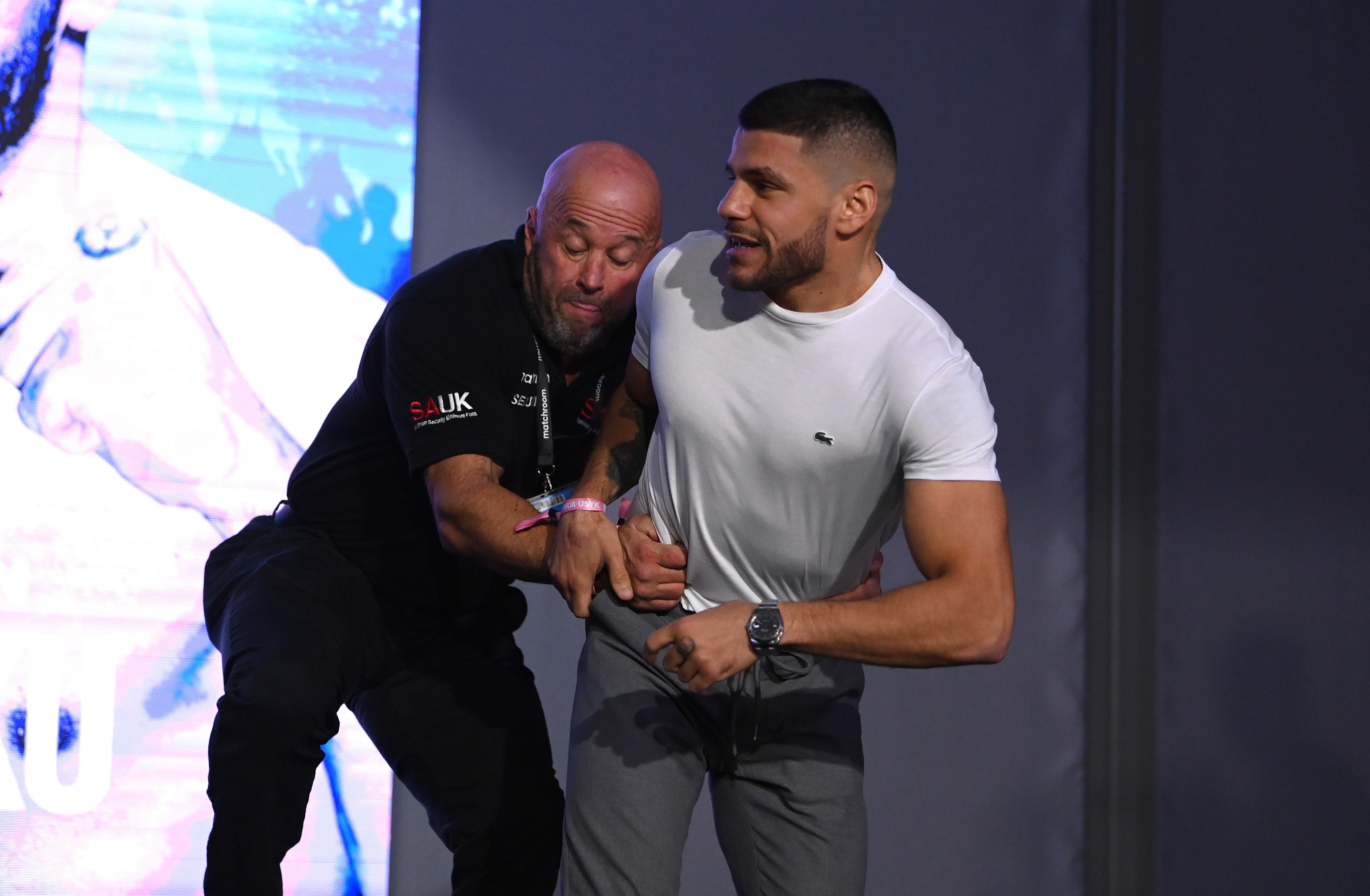 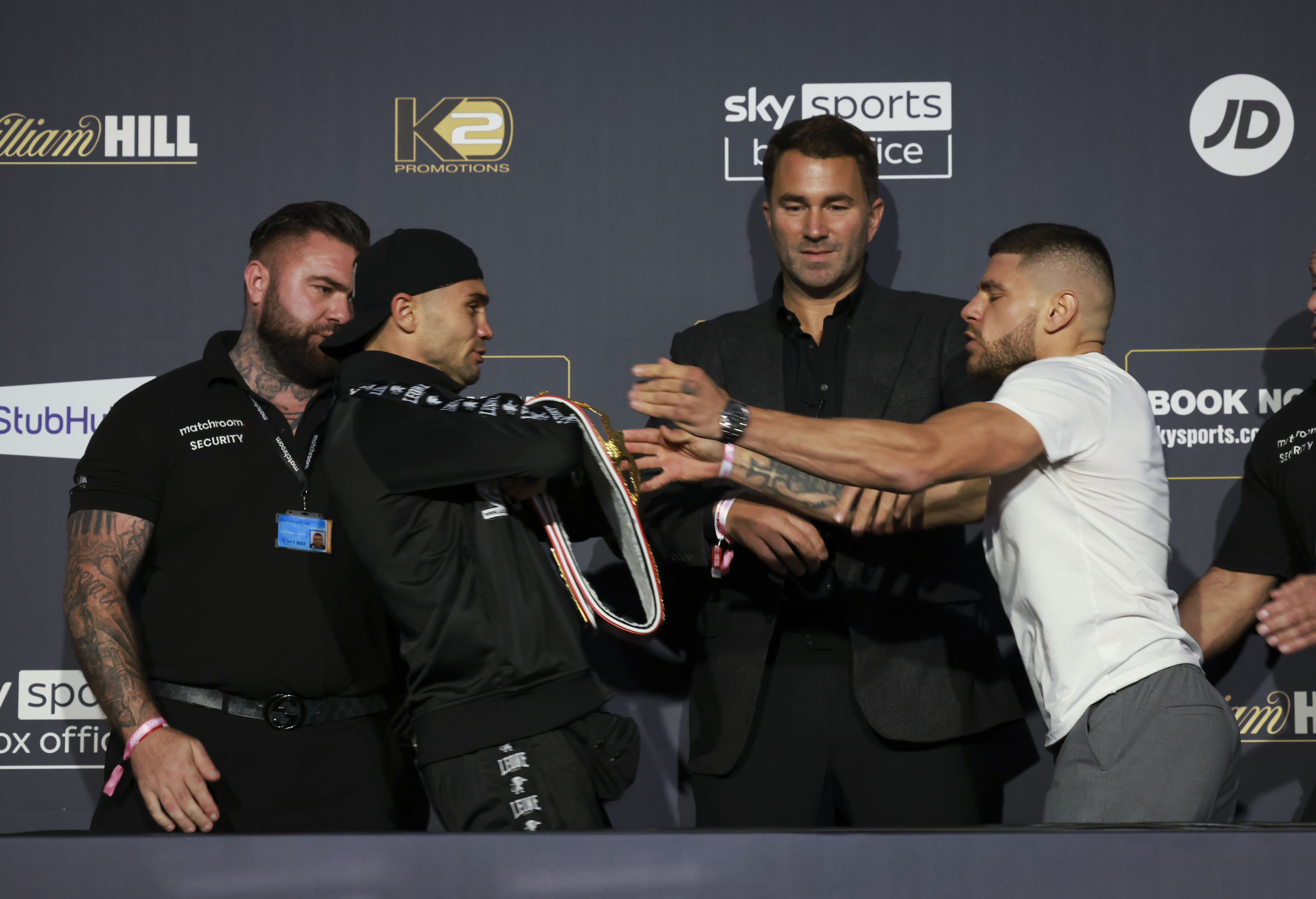 The Albanian southpaw had to be escorted off the stage after he tried to confront his Romanian rival, 28, following a war of words.

Speaking during the presser, Marku said: "He has never boxed someone like me in his life and I'm going to show that on Saturday.

"I heard also in his interview that he said that Florian made a mistake. I'm going to show to everyone what level I am and I start this Saturday, and then you will see.

"This is my beginning, this is my time. I've been waiting from a small kid for this moment.

"I talk too much, but I beat much better, and you're going to see that on Saturday."

Prodan then taunted the former MMA ace as he remarked: "I don't talk too much like Florian, but we will see Saturday.

"Marku, you are a nobody. You are coming from another sport. I will show you what is boxing on Saturday."

His comments infuriated Marku, as he stated: "I'm going to knock him out.

"He is no-one. He has fought nobody. Come, we fight here."

He then leapt off the stage to confront Prodan, but security quickly intervened and ushered him away.

And the drama wasn't over there, as Marku then shoved then Prodan during their face-off, with security again having to drag him away.