Hodgson's exit has now been confirmed by Palace, while reports have claimed Lampard is now in talks with the club. 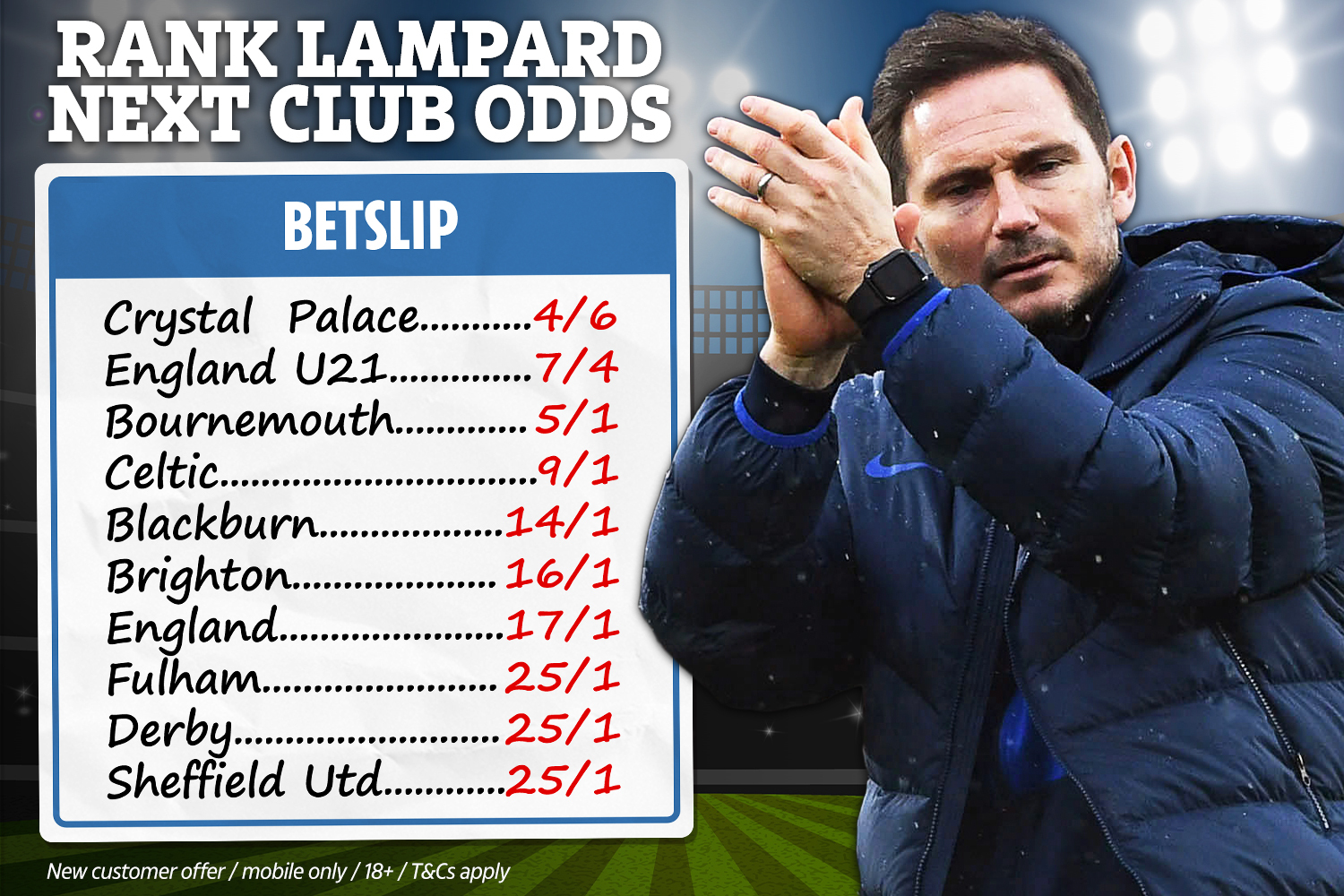 And Betfair think it's nearly a done deal by pricing Palace as the odds-on 4/6 favourites to be his next club.

The former Chelsea boss has also been linked with the England under-21 job, as well as Bournemouth and Celtic.

But Palace seems the most likely following Hodgson's exit.

The 73-year-old leave Selhurst Park when his contract expires at the end of the season after four seasons at the club.

Lampard was sacked by Chelsea in January after he struggled to replicate the form of his first season despite the huge transfer outlay on the likes of Timo Werner and Kai Havertz.

But he earned them a spot in the Champions League in his first year in charge and impressed at Derby before that.

A move to Palace would appear to suit him as he looks to bounce back from the disappointment of leaving Chelsea.

Sean Dyche and Steve Cooper are also in the running to be the Eagles boss.

And former Palace chairman Simon Jordan admits it would be a risk to hire Lampard.

Jordan told talkSPORT: “There’s a gamble in every managerial appointment you make. It’s about how you minimise that risk.

“You can’t eliminate risk when you cross a road, you can look right and left and it only eliminates a portion of the risk you take.

“With Frank Lampard, I actually said a couple of months ago I could see that play out.

“It’s a risk for Palace as they’ve got a lot of things under the hood. They’ve got a Ferrari, at times, of a playing squad from the captain through to Wilfried Zaha.

“Under the bonnet, they’ve got a list of players out of contract and an array of challenges that will never stop with people like Wilfried Zaha.

“The fact he will have played and committed himself to Palace, it is well-known he wants to move on.”