In 1960 a young star was born in the Tokyo boxing ring at the Olympic games when Cassius Clay whipped up a beautiful storm of promise to win the gold medal at light-heavyweight.

Clay soon became Muhammad Ali and he left that four-cornered stage to conquer the world as the Greatest in the heavyweight division, the greatest fighter ever. The Olympic win was his start.

Ali was not even a heavyweight, but he moved from the lighter division to the land of the big lads, won and lost world titles and in 1996, back on Olympic duty, performed perhaps his greatest sporting miracle when he lit the flame in Atlanta. It was also the final glimpse of the man in action.

This summer, the big boys are back in Tokyo, chasing the same fighting dreams as the skinny teenager called Clay. The Olympic gold is still the most precious metal in the boxing game. Silver and bronze remain hard currency.

Shortly before about 9am in Britain, on Saturday 24 June, the super-heavyweight qualifiers, the lucky few who found a way through the Covid maze, the delay and a selection process that broke hearts and made smiles, will finally start to throw punches.

The super-heavyweight division was once simply known as the heavyweight division, but the size of the men competing led to the sensible introduction at the Los Angeles Olympics in 1984 of the last weight for glory. At those games, a troubled American fighter called Tyrell Biggs won gold for the host nation; he was the last American to win at the weight. The gold was a curse for poor Biggs and the Olympic boxing tournament for members of Team USA has been a disaster; the men have won just one gold in the last five Olympics. However, a rule change or two in Tokyo has allowed three of the finest young professionals to enter wearing American vests. None are super-heavyweights; a gold at super-heavyweight for an American would be considered sport’s greatest prize.

The super-heavyweight division is packed with heartbreaking tales, ridiculous endings, blood, death, riches and glory beyond the craziest fantasies of any of the men that walk out in Tokyo chasing their future. Boxing at the Olympics, which is no longer called amateur boxing, is the ultimate gateway sport, a place under the bright lights where men and women can audition for the professional dream. In Atlanta, Floyd Mayweather won bronze, but had his eye on the excessive domain he ruled. “This is just the start,” he said before his first fight in 1996.

Britain has a rich modern history in the super-heavyweight division; two golds, one silver and two bronze medals. That is five medals in the last nine Olympics. This time the burden of responsibility is finally on Frazer Clarke’s shoulders. Clarke could have been the man in London and in Rio, but during each Olympic cycle he was overtaken by men who would reach the final; Anthony Joshua won gold in 2012 and Joe Joyce lost in the final for silver in 2016. Joshua and Joyce were his friends, they sparred a thousand rounds, sweated in tournaments, fought each other and all developed. Now, Clarke at 29 is finally an Olympian. He was the chief cheerleader in London and Rio, bellowing from the seats, draped in a flag and with absolutely no envy. Frazer Clarke might just be the most decent man in the GB team.

Biggs was not the only Olympic champion to fall short in the professional business. In 2000 in one of the most memorable final days, the Sydney Olympics ended with a gold for super-heavyweight Audley Harrison. It was, for a long time, a glittering achievement, the ideal endgame in the first part of Big Aud’s takeover. It is too easy to highlight the failings, the defeats, the pain and excuses. It was nasty, it was personal and it offers a cautionary tale, especially after the outrages against the black English players from Sunday. When Harrison crashed, he got the same type of abuse and was crucified on boxing forums, the earlier and equally toxic platform for simple hate. Big Aud held his dignity and, mostly, his tongue. He never won the world heavyweight title, but his success led directly to the funding that shaped modern British boxing on both sides of the pay divide.

Biggs was doomed from the start and had little support or understanding; the crack pipe was just part of his terror. He looked scared and broken whenever I saw him fight in the flesh, a man with demons too deep to hide. I often wonder in his dark decline if he could still hear the endless promises from the whisperers in the days after he won the gold. 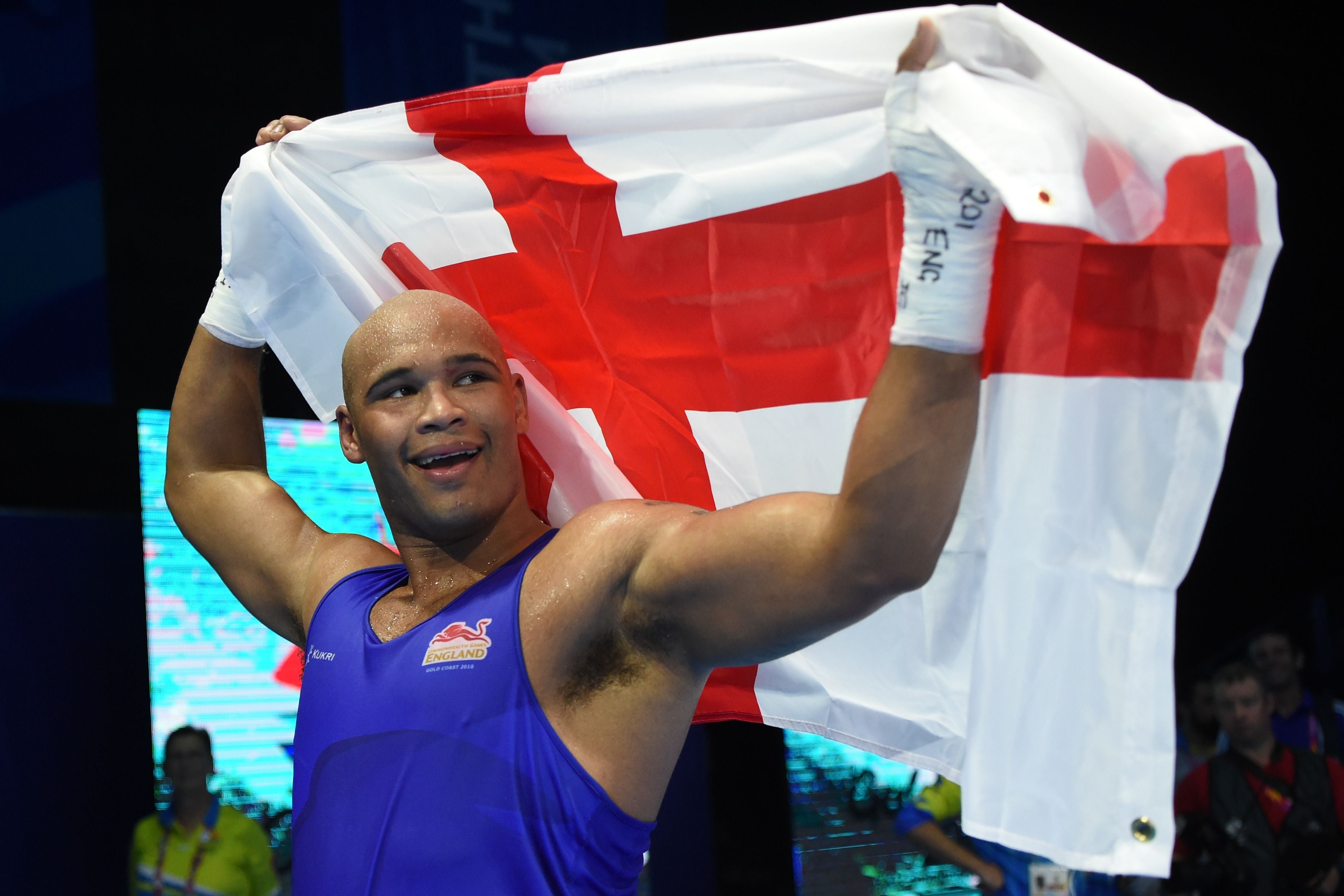 In 1952, in Helsinki, Ed Sanders, an American sailor, won the gold at heavyweight. He turned professional, but died after his ninth fight in 1954. He collapsed one night after his second loss, a brutal 11th round stoppage at the Boston Garden. He died from his injuries three days later.

The man he beat in the final, Ingemar Johansson, won the world heavyweight title in 1959; it was remarkable redemption for the big Swede, who had been called a ‘coward’ and a ‘rat’ in the papers after losing to Sanders on a disqualification. He was thrown out for ‘not fighting’. “Sanders did not want to fight, I had a plan,” Johansson always claimed.

In over 70 years and at the last 17 Olympic games, only six men have won the gold in the top division and then won the heavyweight championship of the world: Joe Frazier (1964), George Foreman (1968), Lennox Lewis (1988), Wladimir Klitschko (1996), Alexander Povetkin (2004) and Joshua (2012). It is a stark reminder of boxing’s hard path. It is also cruel; the level of expectation can be savage.

Big Fraze is a real medal contender and then it is the hard part to walk in the right footsteps on an elusive path.