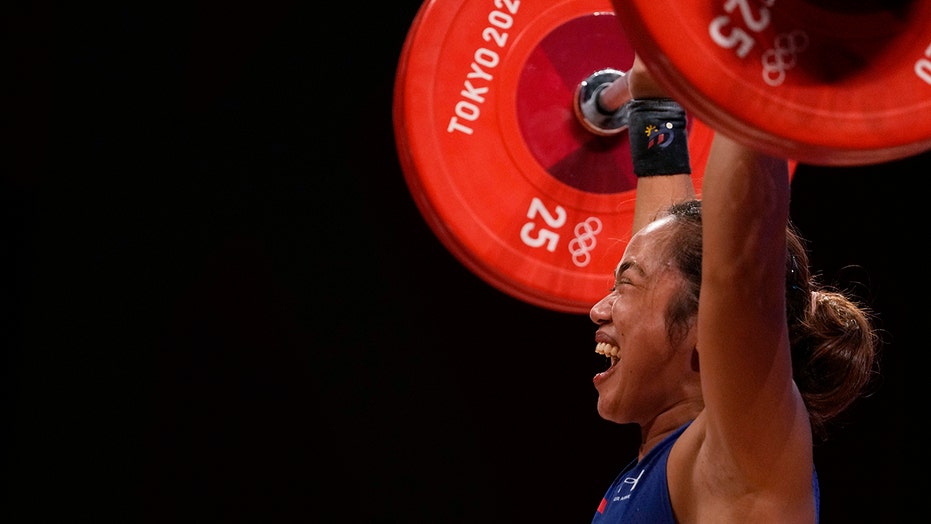 Hidilyn Diaz, who became the first-ever gold medalist from the Phillippines, took part in an emotional moment after winning the women’s 55-kilogram category in weightlifting at the 2021 Tokyo Olympics.

Diaz saluted her country’s flag as the national anthem, “Lupang Hinirang,” was played for the first time at the Olympic Games.

Diaz, who participated in her fourth Olympics, defeated Liao Qiuyun of China on her last lift in the clean and jerk to walk away victorious with a total of 224 kilograms, which was one more than her opponent.

The Philippines have competed in the Olympics since 1924, and the country won three silver and seven bronze medals before Diaz captured gold on Monday. In 2016, Diaz won a silver medal and at the time it was the country’s first appearance on an Olympic podium in 20 years.

Before Diaz’s win, China won the previous three events in the weightlifting competition. Entering the competition, Qiuyun was the world record holder with a total of 227 kilograms.