The opening quarter against Wexford was the best Clare have played all year.

Everything about their performance at the start of the match, from their intensity to their accuracy, from work-rate to precision, blew the Model County away.

But as a Clare supporter, I came away from that game frustrated. Granted, you are not going to dominate a top-tier side like Wexford in that fashion for the full 70 minutes.

But the Banner made bad decisions on the ball. There was a run of poor wides. Diarmuid Ryan and Eibhear Quilligan made sloppy errors to offer scoring chances to the Yellowbellies.

Wexford managed to capitalise on that drop-off from Clare. Diarmuid O’Keeffe’s goal gave them a lifeline, and a much-needed shot of adrenalin.

The gap was down to five at the break, when you felt the game should have been put to bed. Clare will need to be far more ruthless against Cork on Saturday. The Rebels will make them pay a heavier price.

Recovery will be key this week, after playing in such intense heat. They need to get the energy levels back up for the meeting with Cork. And perhaps fatigue played a factor in their fall-off against Wexford.

There were positives in the second half, however. Mark Rodgers and Gary Cooney made an impact off the bench. Aron Shanagher looked sharp, while David Reidy and Rory Hayes also put in impressive performances. The spirit in the camp seems to be very good.

The margin for error diminishes from here, however. The bar gets higher.

We have seen flashes of brilliance from Clare in the first half of their games against Waterford, Tipperary and Wexford. But as the summer progresses, it is about putting in a more consistent performance across the 70 minutes. That will be required from here on out. 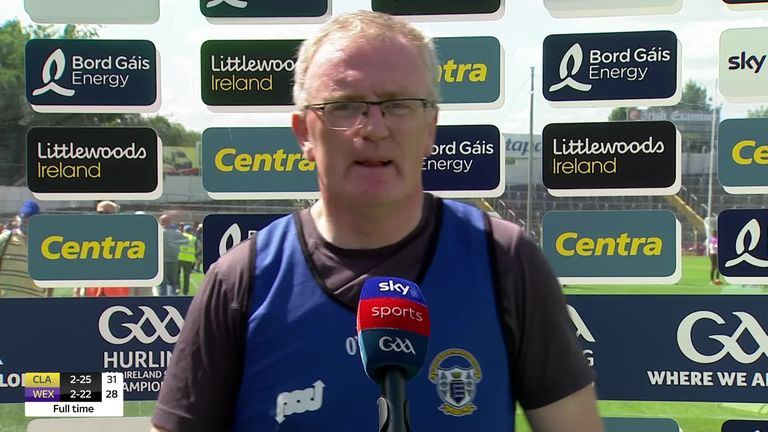 Limerick show they are far ahead of the chasing pack

Limerick produced the turnaround of all turnarounds.

At half-time, nobody could foresee what transpired. Tipperary seemed to have all the answers, and they were dictating the game.

Jason Forde was finding pockets of space all over the field. The body language of the players coming off the field looked to be telling. Limerick just seemed tired and low on energy.

Remarkably, the game was over 20 minutes into the second half.

That’s the beauty of hurling. Momentum can swing so wildly in these matches.

Cian Lynch was utterly brilliant. When so many Limerick players were below par, he was the guy showing for and demanding the ball, winning possession, drawing the frees. That was the former Hurler of the Year at his absolute best. When the need was greatest, that’s what great players do. They stand up and deliver.

The introduction of Aaron Gillane and Dan Morrissey made a real impact. Gillane brought a swagger and confidence to the attack, while Morrissey gave them stability at the back which was badly lacking in the first half.

But we must mention the Gillane yellow card. It was the wrong call. It should have been red. That came at a point when Limerick were still trailing.

With the spare man, Tipp would have coped better. They would have had more options, at a time when they were struggling to hold onto possession.

There would also have been a spare man at the back, who would have been able to stop Kyle Hayes in his tracks for the goal.

But given what Limerick brought, it’s not inconceivable to suggest they would still have won the game even if they were reduced to 14 men. Although from that position, it would have been considerably harder. 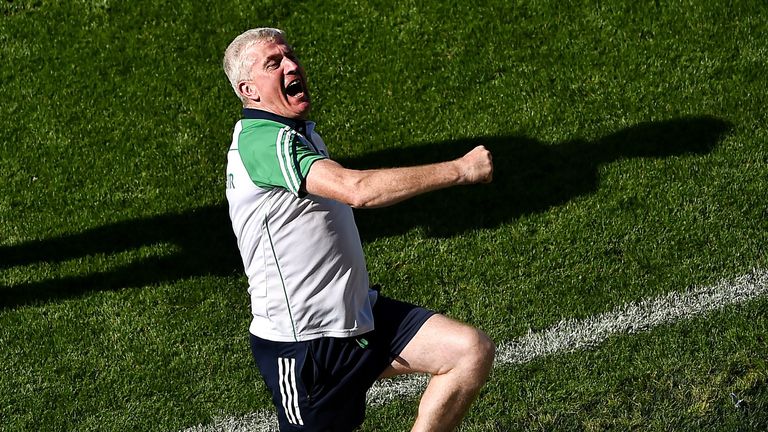 Nonetheless, Limerick were simply awesome. And it will be worrying for the rest of the country. If the Treaty can maintain those levels, it is game over for the chasing pack. Right now, Limerick seem to be a good distance ahead of them.

The big takeaway from Saturday’s Leinster final is a word of caution to all county teams this summer, in both hurling and football.

Four players were unavailable due to Covid-19 and contact tracing.

It was a debilitating blow to Dublin, compounded by injury to Eoghan O’Donnell in the third minute.

With the new variant, this can happen and it’s nobody’s fault. Teams just have to make sure that they are taking every precaution necessary to ensure they are casual contacts rather than close contacts. Whether that means players change how they travel to training and matches, or whatever.

Every manager left in the championship will be driving that message home to their teams.

It’s very unfortunate for Dublin. Hopefully those players are back for the quarter-final in two weeks’ time. You would still imagine there’ll be a kick in the Sky Blues. If they had their full complement, they would have come close.

Kilkenny were too strong, and deserving of their victory.

But Mattie Kenny’s charges are still in the championship, and that counts for something.

Watch Waterford vs Galway and Clare vs Cork live on Sky Sports Arena from 1pm Saturday.