JEFF STELLING shouted down the camera at VAR Graham Scott after he decided not to award Brighton a penalty against Norwich.

Seagulls striker Neal Maupay tumbled over in the box following a challenge from goalkeeper Tim Krul. 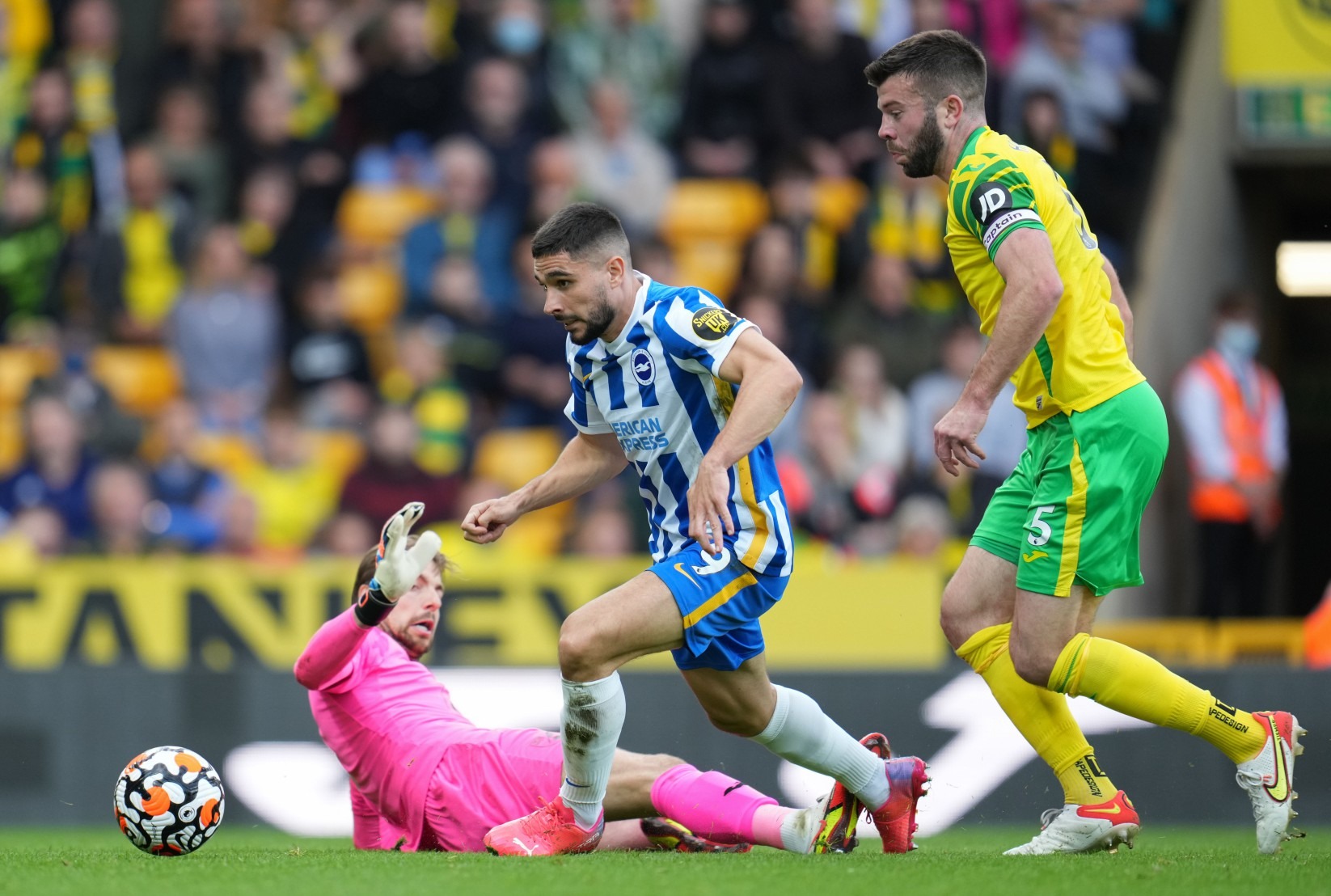 Maupay quickly got up and screamed at Kevin Friend but his appeals for a penalty fell on death ears.

And after a consultation with VAR it was decided Friend had got the decision right.

Stelling could not believe it, saying on Sky Sports News' Soccer Saturday: "Graham Scott, (waving glasses at the camera). I mean seriously, seriously!

"You can see he has clipped Maupay. You are the VAR!

"You've seen it about ten times, how can you not see that he has clipped him?

"I mean seriously, what's the point of VAR if you can't see that?"

Brighton's official Twitter replied with a simple upside-down face emoji, showing they were clearly in agreement with the presenter.

Others were also in agreement, with one football fan saying: "It was a pen, I’m flabbergasted."

Another added: "How’s that not a penalty?? VAR is pointless."

But some felt Stelling was the one in need of glasses, writing: "That’s was a dive. Maybe he should put his glasses back on."