RUGBY legend Kevin Sinfield has laced up his trainers to complete a 101-mile run in 24 hours for motor neurone disease research.

The Leicester Tigers defence coach has already surpassed his initial goal of £100,000 and has raised over £468,000. 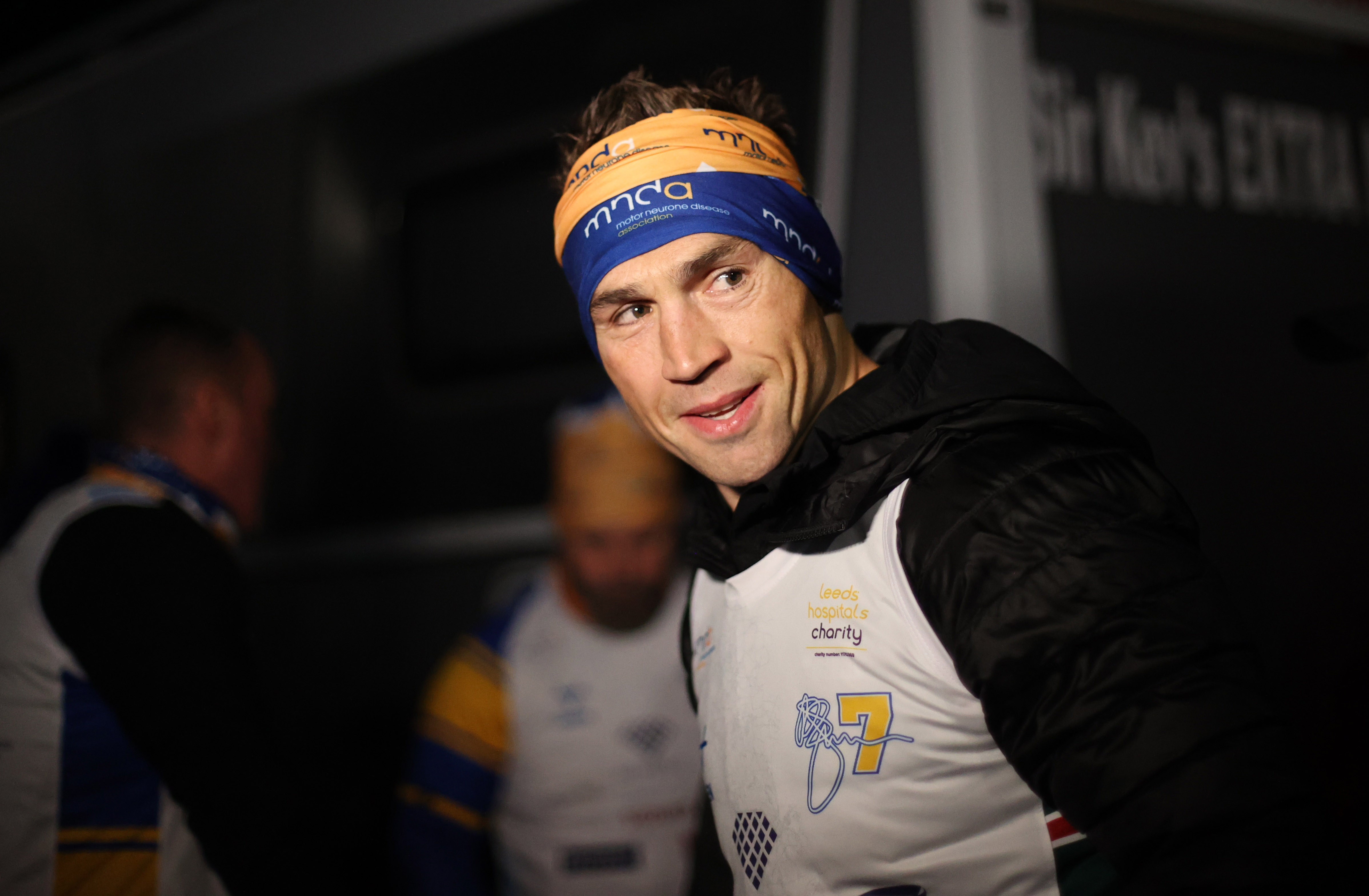 The Extra Mile Challenge will see Kevin attempting to run from Leicester’s home at Mattioli Woods Welford Road to Emerald Headingley Stadium in Leeds within 24 hours – just short of four marathons back-to-back in a day.

Starting on Monday 22 November, the run will be split into 7km segments, each must be completed within an hour before the next one starts on the hour.

Originally, the journey was planned to cover a distance of 100 miles but the actual final distance covers 101 miles – hence the name of the challenge.

Upon the challenge, the 41-year-old continues to prove his determination to go the extra mile in order to raise money.

In December 2020, Kevin helped to raise more than £2.7 million by running seven marathons in seven days, and at the beginning of October this year, he took part in the London Marathon for the same cause.

Why is Kevin Sinfield running for motor neurone disease research?

Kevin is completing the run in aid of his former team mate, Rob Burrow who is living with motor neurone disease.

Rob was diagnosed in 2019 and is now confined to a wheelchair, able to communicate only through an eye-driven communication device and cared for full-time by his wife Lindsey.

It is hoped Rob will be able to join Kevin on the finish line and be by his side when he arrives in Headingley – 24 hours after he set off.

How can I donate for MND research?

Donations will be split equally between two charities.

The first is the Leeds Hospitals Charity appeal to build the Rob Burrow Centre for MND supporting people living with MND and their families.

The second charity is the MND Association which funds multi-disciplinary care delivered at the Centre and others across the country.

Donation will also support research into potential treatments for the disease.

You can support Kevin's efforts here.