LOGAN PAUL has been offered a debut in MMA by Bellator boss Scott Coker after the YouTuber's exhibition fight with Floyd Mayweather.

Paul, to the shock of many, survived and managed to take boxing legend Mayweather the full eight round distance in Miami. 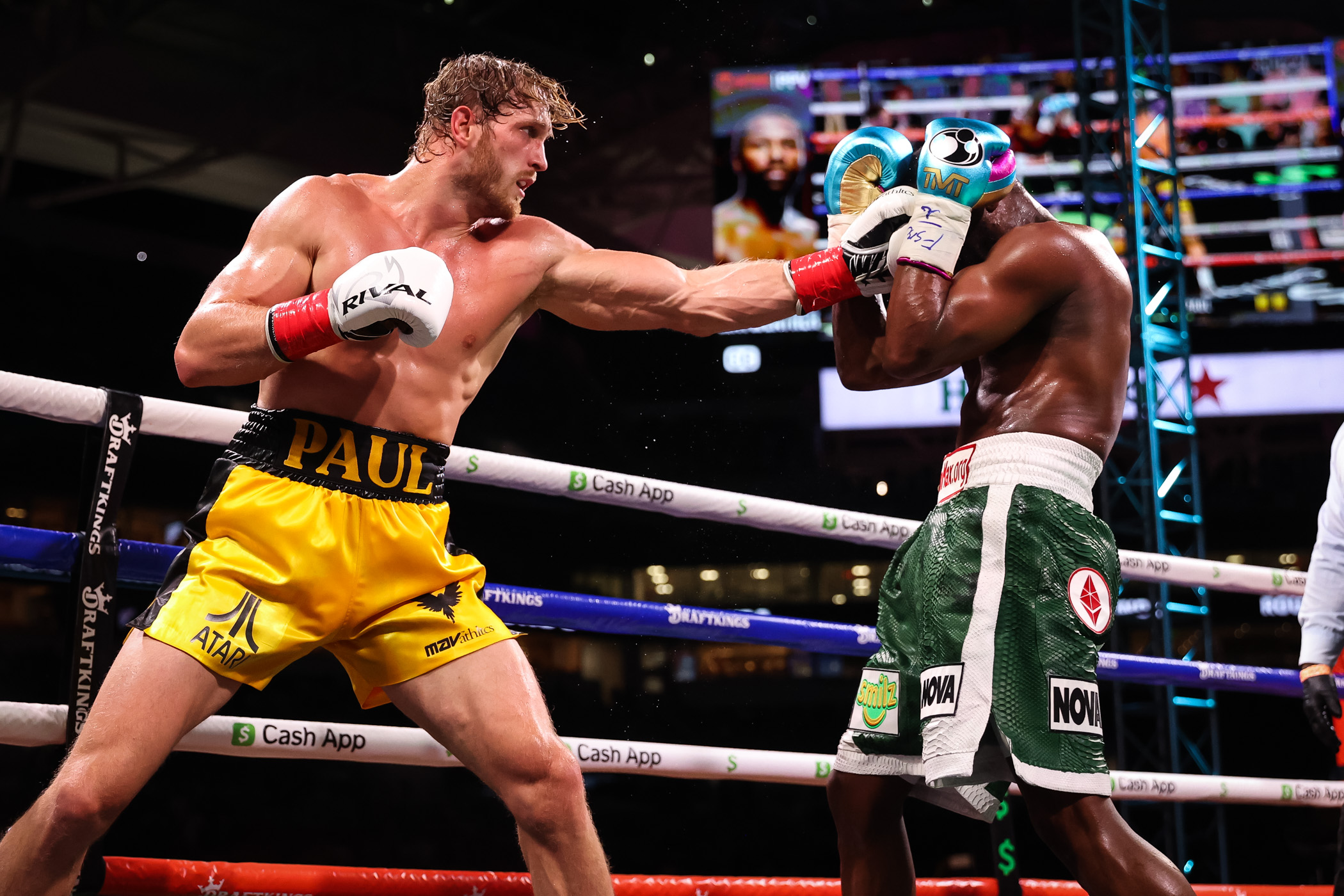 Afterwards, Paul opened the door to a switch to the cage, believing his time as a high school wrestler makes him more suited to MMA.

And Coker, promoter of UFC rivals Bellator, gave the green light for the social media sensation to make the switch.

He told MMA Fighting: “The answer is absolutely.

"I think this kid has shown athletic ability to go in there with Floyd but also we know he’s a high school all-star wrestler from Ohio and I think they’re just getting better and better at combat sports.

"If he wanted to get into MMA, we would do it.”

Paul is said to have been ranked fifth in the OHSAA State Championships in 2013, during his final year of high school.

And the same year he joined the wrestling team at Ohio University, and qualified for OHSAA Division I Individual Championships.

Paul went on to drop out of education to pursue a career in entertainment and now stands as one of the most recognisable faces on the internet.

Mayweather, 44, was amazingly only his second ever opponent, previously facing rival KSI, who he drew with in 2018 but lost to a year later.

Having shared the ring with the best of an era, technically avoiding defeat, Paul is confident his prior wrestling career makes MMA a no-brainer.

He said: "I’d do MMA, for sure, because I am a good grappler. You know, I’m a wrestler at heart."

Paul's exhibition spectacle was aired on Showtime in the US, who have just signed his brother Jake, 24, and televise Bellator events.

It puts the wheels in motion for a link-up with the American promotion, but Coker warned the YouTube star may continue to pursue boxing right now.

He said: “For now they want to focus on boxing but if the opportunity was there, I definitely would put them in the cage

"When I say that, they’re not going to go out and fight in a real fight against a guy like Gegard Mousasi or somebody that has that experience.

"We’d treat them like any other fighter with the experience that they have and take it from there.”