MANCHESTER CITY reportedly believe they are leading the race to prise striker Darwin Nunez away from Benfica next summer.

The 22-year-old destroyed Barcelona earlier in the week after scoring twice in the 3-0 Champions League win at the Estadio da Luz. 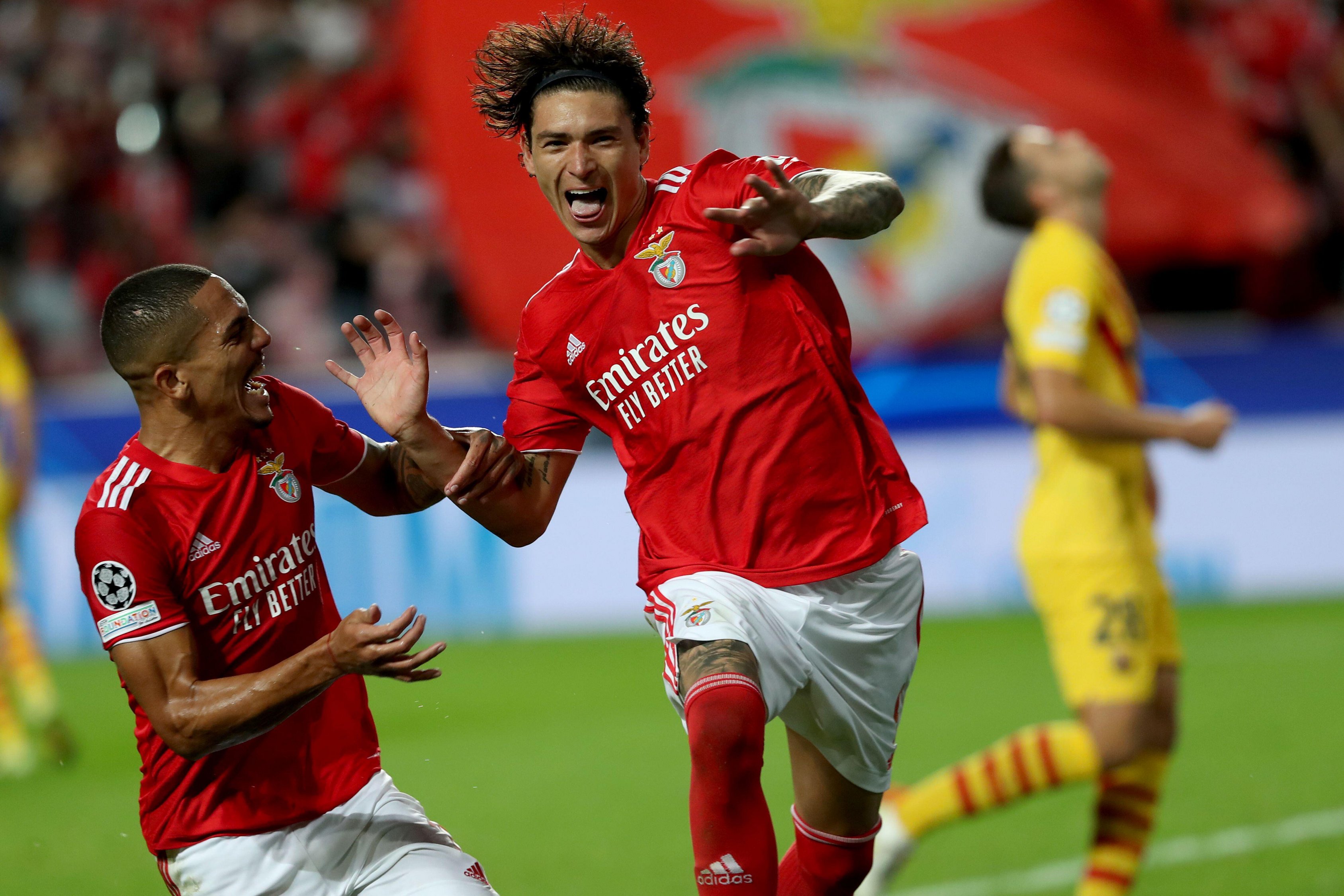 Over 30 clubs had scouts watching the Uruguay international in action with the Premier League's traditional 'Big Six' all sending representatives.

And fellow top-flight sides Leeds, Leicester and Southampton are understood to have also been in attendance.

But according to the Daily Star, the Citizens are confident they hold the edge in securing the centre-forward's services.

They state that City are convinced their fantastic relationship with Benfica will see them get first dibs at signing Nunez.

City signed midfielder Javi Garcia from the Portuguese side in 2012, goalkeeper Ederson in 2017 and centre-back Ruben Dias last summer.

The deal to bring Dias to the Etihad saw Argentine defender Nicolas Otamendi go to Benfica.

And despite Nunez allegedly boasting a £125million release clause, City are hopeful they can nab him for around £70m.

Pep Guardiola's side have been monitoring his progress at Benfica since November 2020 having identified him as a possible successor to Sergio Aguero.

Nunez – tied down at the club until 2025 – has enjoyed a fantastic start to the season having chipped in with six goals from seven games in all competitions.

He is in his second season with Benfica having joined from Almeria last year for a club-record £21.6m.

After being linked with a move away in the recent transfer window, his boss Jorge Jesus conceded that it may not be long before he is sold.

The ex-Flamengo gaffer said: "He was Benfica's most expensive purchase, and when there is no pandemic, he will be the most expensive sale. He will be a world-class player.

“We must not forget that he is a kid. There is a lot about the game that he does not know yet. He will learn with me and Benfica.

"Unfortunately for me, maybe I will lose him in a short time."