SERGIO AGUERO signed off from the Etihad in the only way he knows how.

Manchester City’s all-time leading scorer was only fit enough to be on the bench in his farewell appearance on home soil. 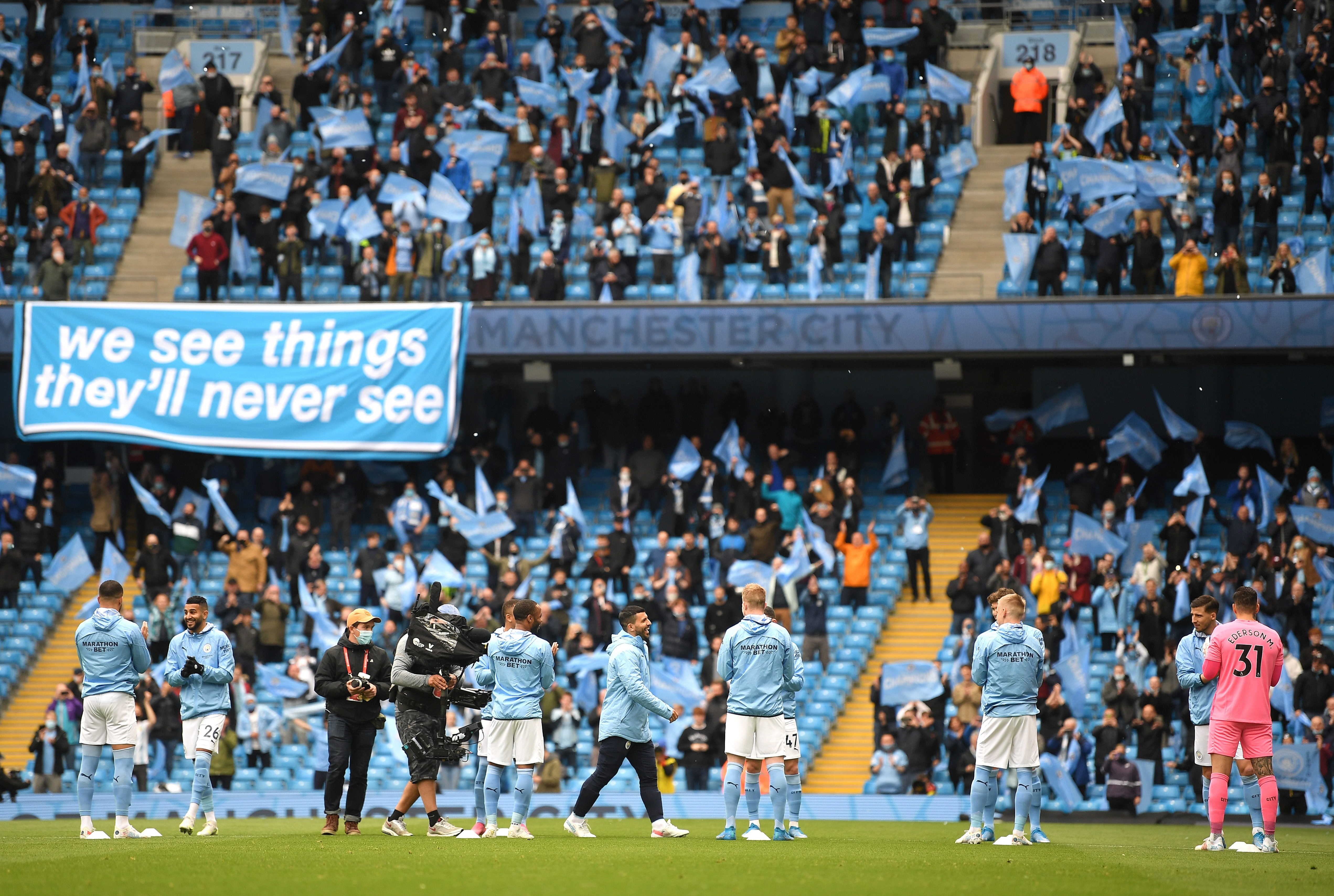 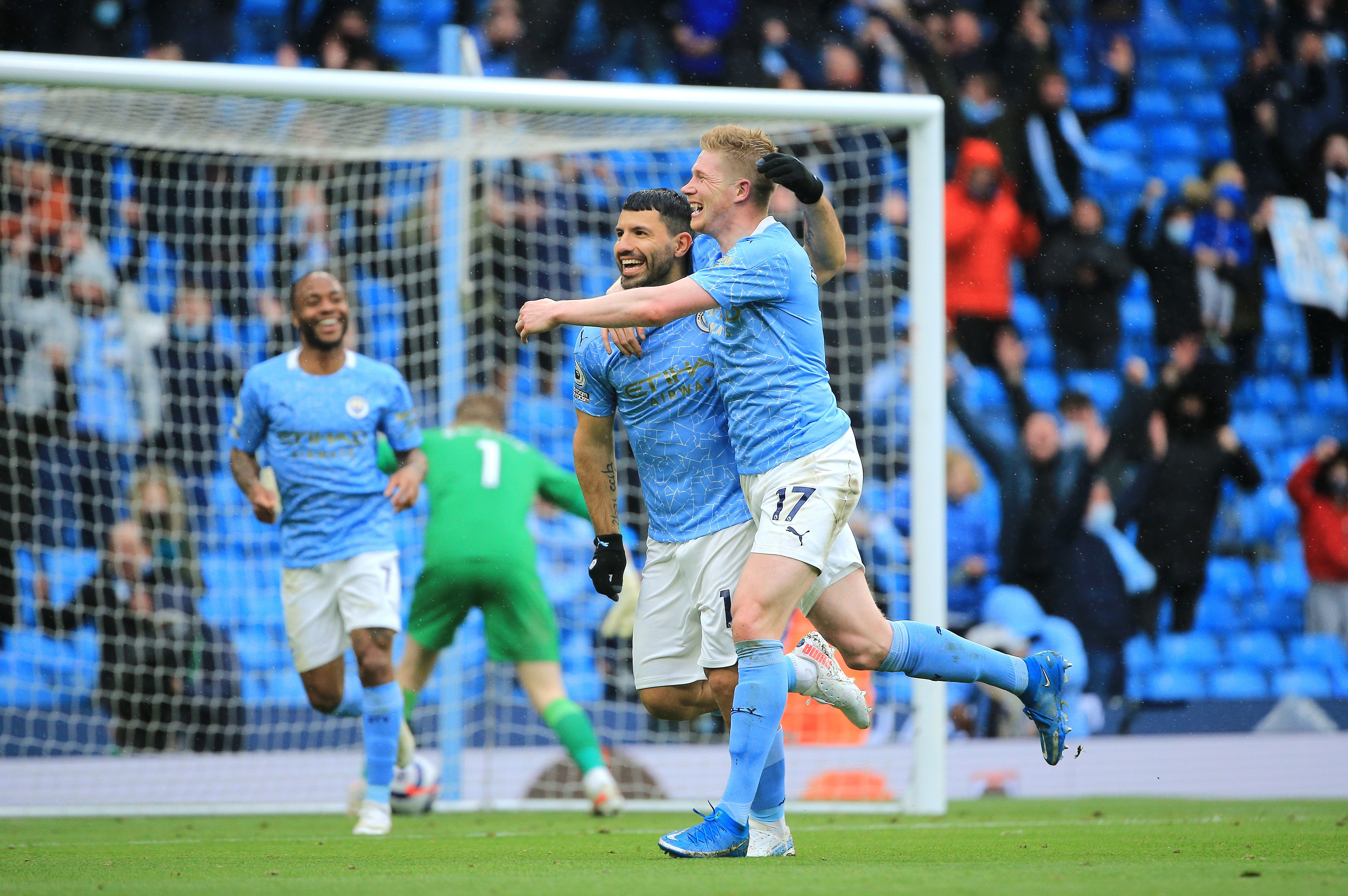 But he scored twice in the space of 12 minutes after replacing Riyad Mahrez to break yet another record.

The 32-year-old edged past Wayne Rooney to make it 184 goals in the Premier League – the most by any player for a single club.

It took Aguero's tally for City to 260 – a figure that will stand at the top of their scoring charts for many years to come.

And what a way for Pep Guardiola’s men to start the party as they lifted a third title in four years after the full-time whistle.

They also fired out a warning to Chelsea that they are in prime form ahead of Saturday’s Champions League final.

Just 11 minutes had gone when Mahrez swept a pass to De Bruyne who took it in his stride to create some space for himself before curling a low shot past Pickford from the edge of the box.

Three minutes later, Everton gave the ball away carelessly and you can’t do that against this lot.

De Bruyne turned provider as he slotted a pass to Jesus who turned Ben Godfey before stroking effortlessly past Pickford. 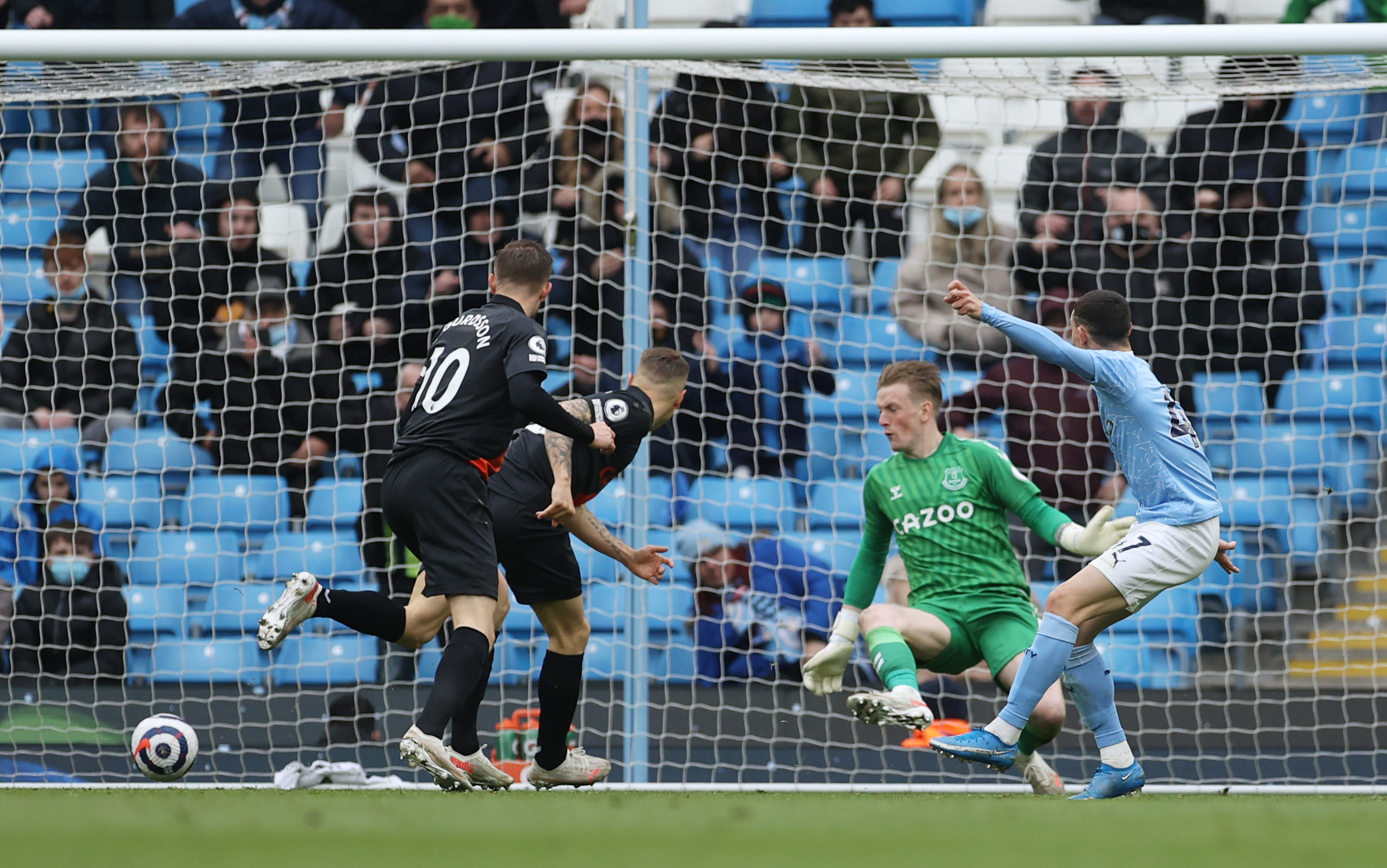 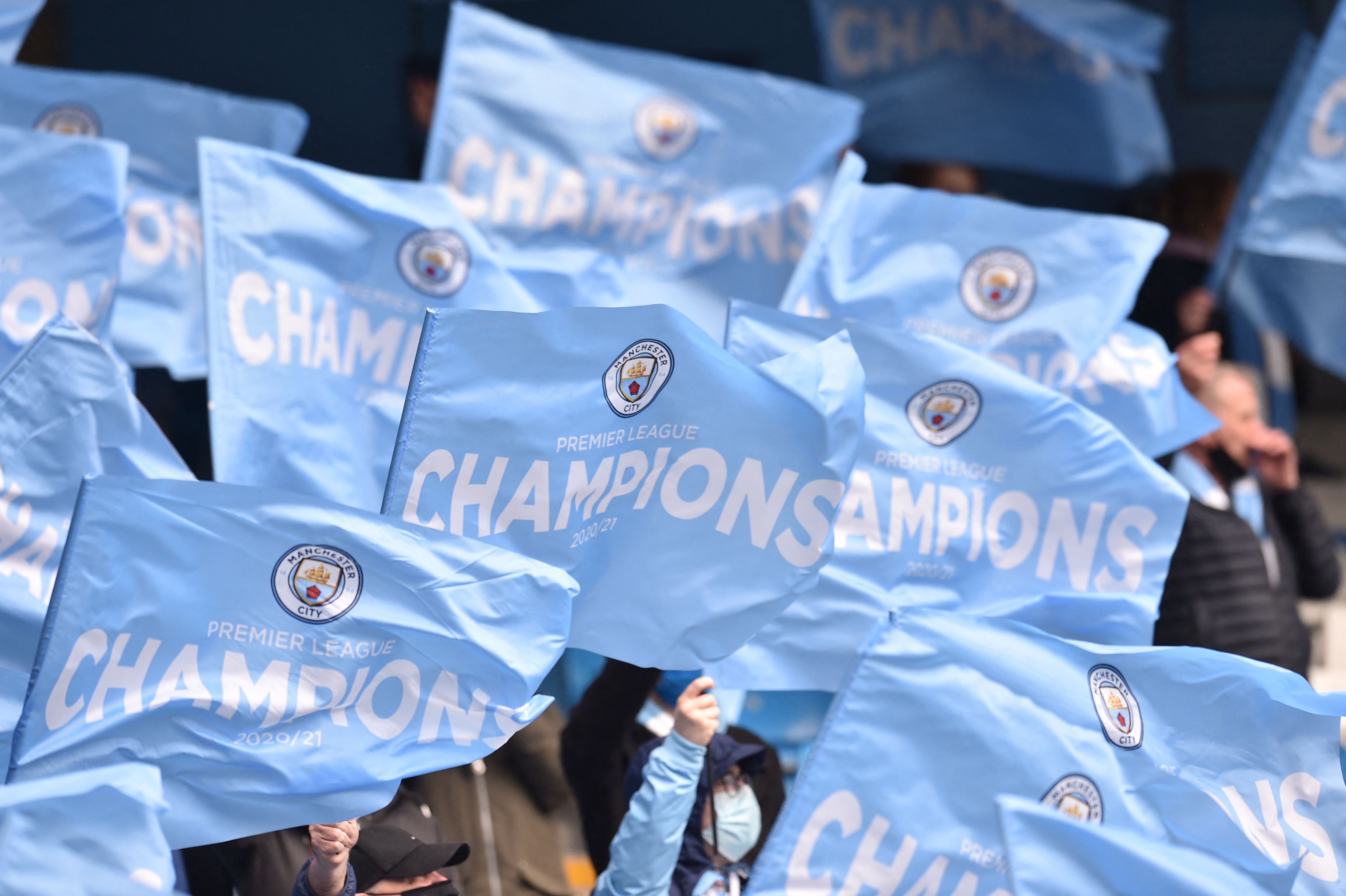 Carlo Ancelotti’s men needed points here to sneak into the European places and were given a route back into the game ten minutes before the break.

Richarlison burst clear and when going round Ederson he was clipped by Ruben Dias.

Referee Michael Oliver pointed to the spot despite City’s fans being convinced he had dived.

Gylfi Sigurdsson could not take advantage though was his kick was pushed away by Ederson diving to his right.

The home side were in no mood to give them any more chances as Mahrez curled a long range effort which thumped off the bar with Pickford beaten.

But within ten minutes of the re-start the third goal did arrive as Raheem Sterling and Jesus combined to tee up Phil Foden who rolled his shot into the corner. 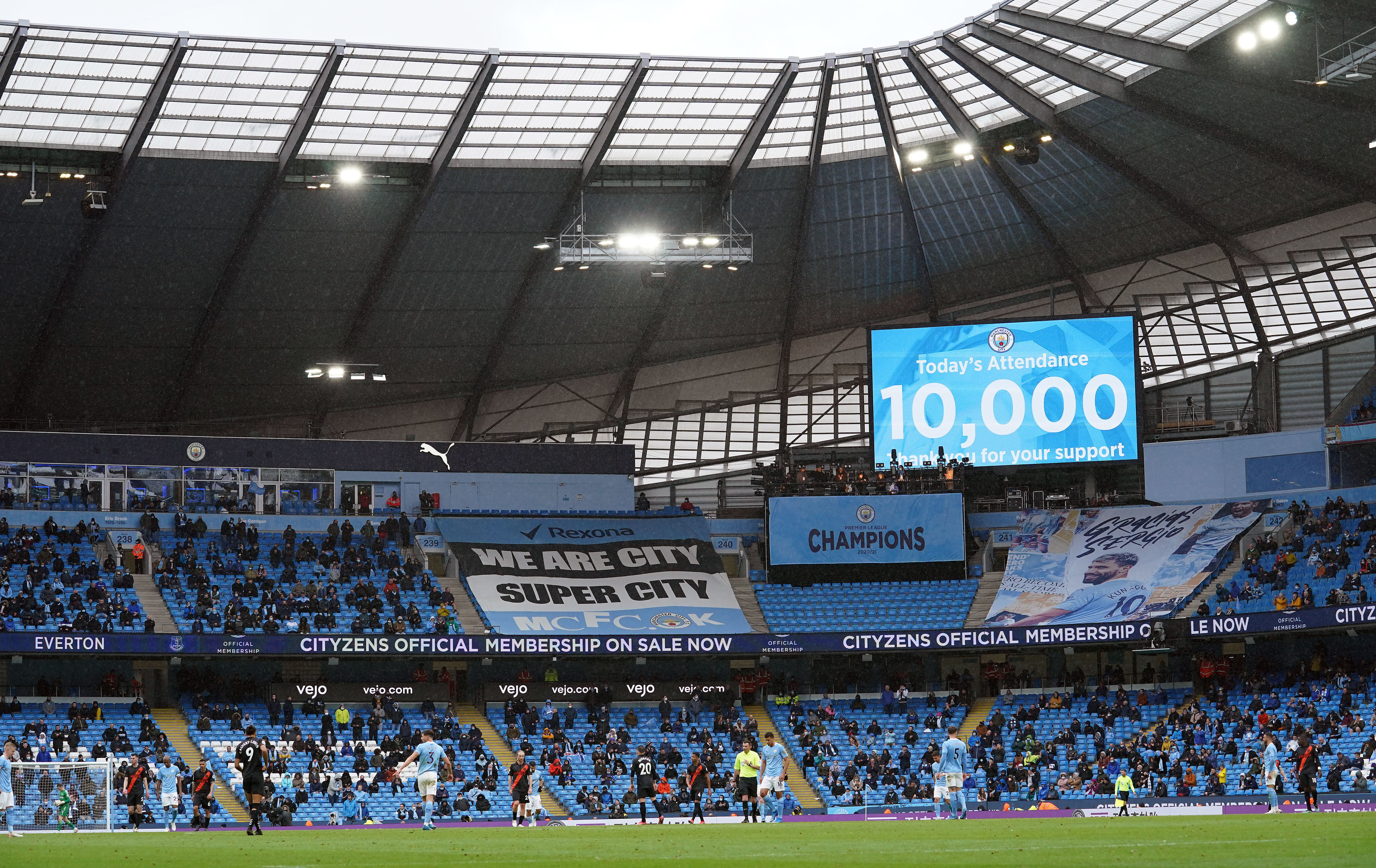 With the points secure, Guardiola threw on Aguero just after the hour to allow him time to get the perfect send off.

And it took him just five minutes as fellow veteran Fernandinho robbed Tom Davies on the edge of the box.

Aguero cut inside his man before cleverly rolling his shot past Pickford with the outside of the foot.

And he did it again five minutes later as he got on the end of Fernandinho’s steepling cross to nod into the corner.

He could have had a hat-trick too as he turned onto De Bruyne’s pass and brought a smart save out of the Toffees keeper with his angled drive.

It didn’t matter. Aguero had produced another final day fairytale.

Who writes this guy’s scripts?