MARCUS RASHFORD appeared to limp down the tunnel after he was subbed off against Brighton.

The striker had not played since March 18 and was left out of the England squad having missed the previous three games for Manchester United. 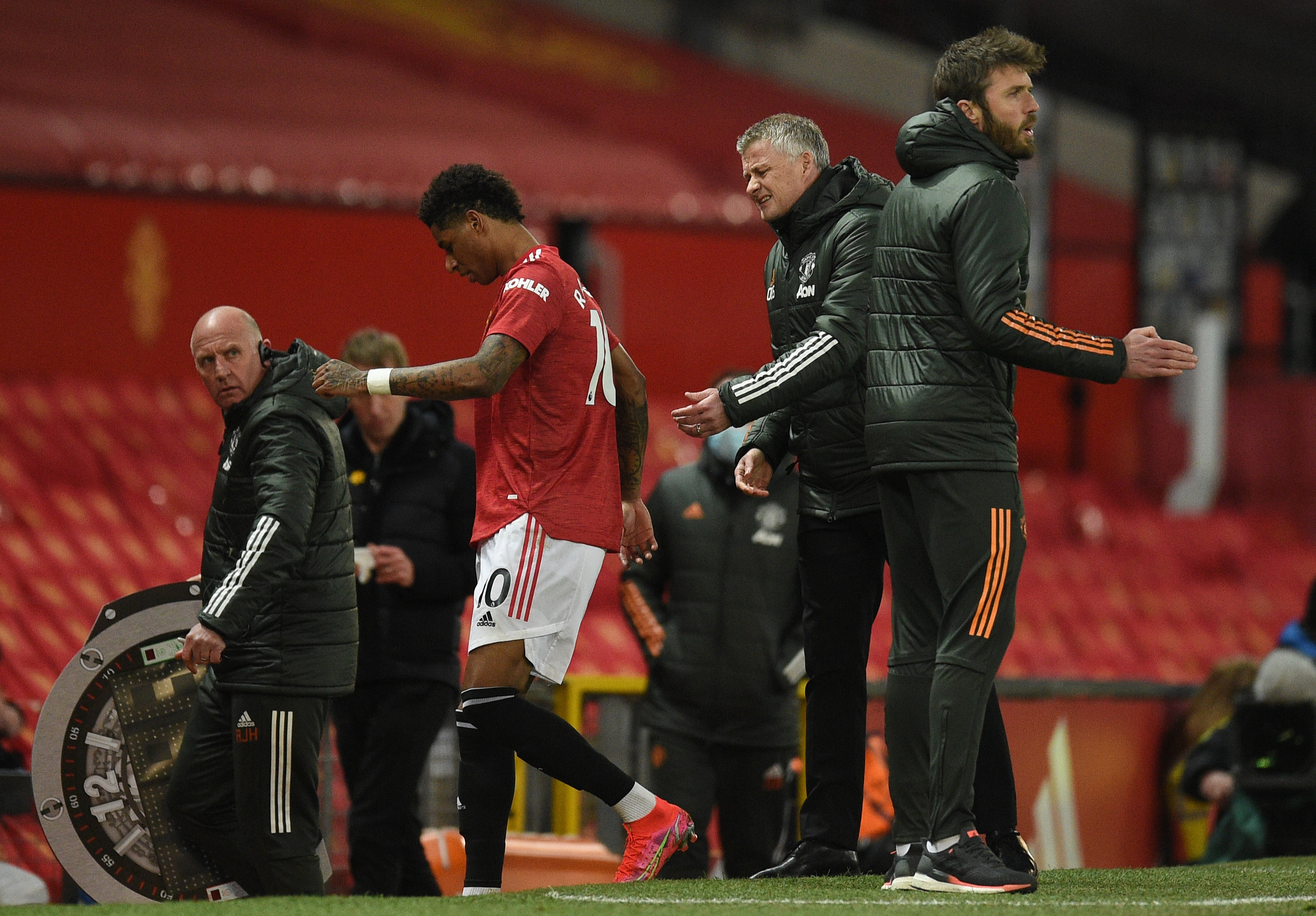 He was deemed fit enough to play against Brighton and even bagged an equaliser – providing a neat finish into the far corner after being put through by Bruno Fernandes.

But less than ten minutes after that goal Rashford was heading down the tunnel.

He appeared to be grimacing, although it is not yet clear if he has picked up another injury or was just taken off as a precaution.

United had fallen a goal behind after former academy graduate Danny Welbeck opened the scoring for Brighon.

Ole Gunnar Solskjaer's side struggled to get in the first half but were better after the break.

It was substitute Mason Greenwood who finally set United on their way to three points.

The teenage prodigy, who has struggled at times this season after a breakthrough campaign last year, scored with just seven minutes to play.

The close-range header was only Greenwood's second in the Premier League this season.