The former Manchester United manager has been honoured with a mention in the latest edition of the tome after being credited with coining the term. 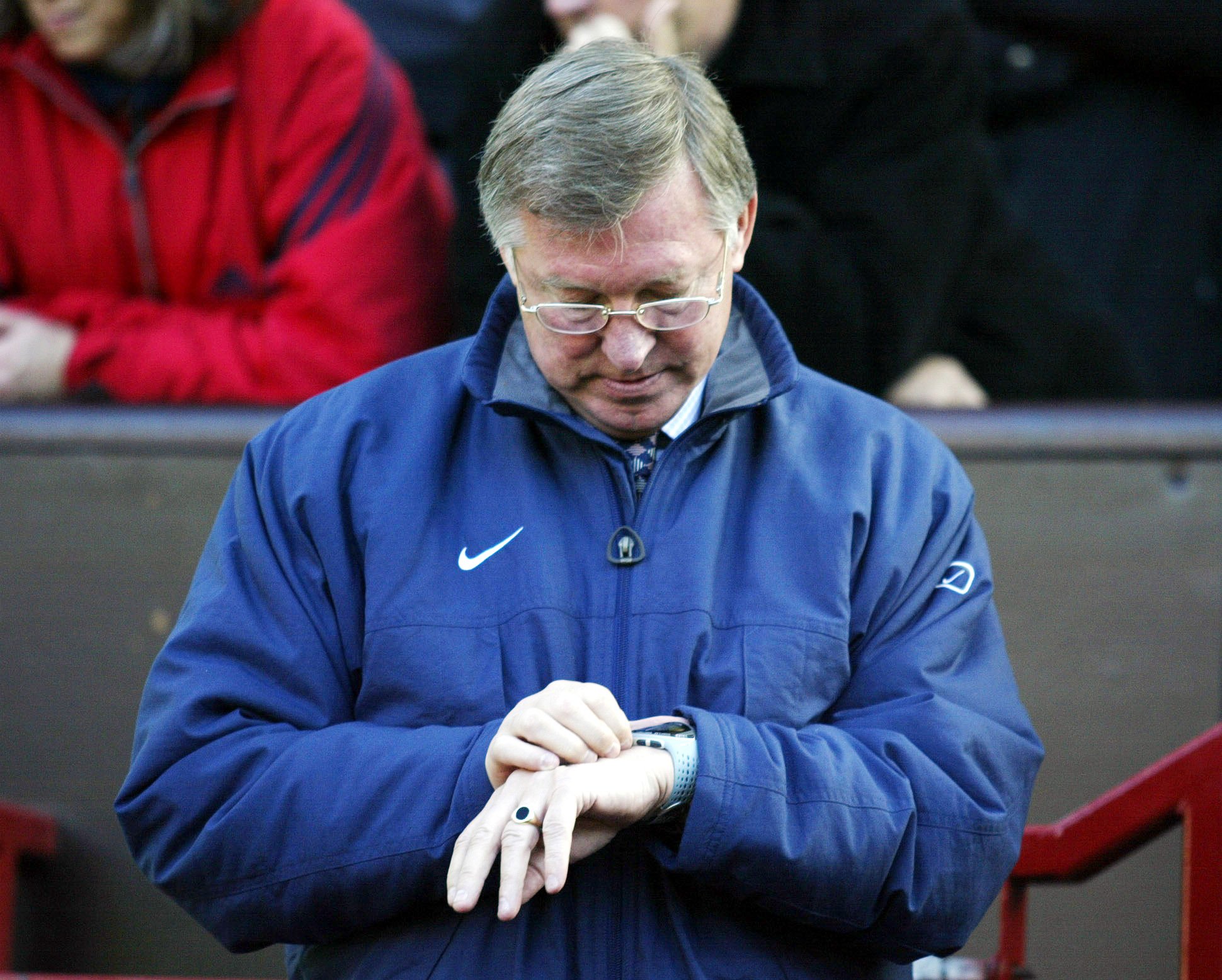 It has been included in the dictionary to reflect it being a colloquial term for a "tense" climax to a sporting event.

The dictionary's researchers found the 80-year-old football legend first used it in an interview in 2003 when his side were involved in a battle for the English Premier League title with Arsenal.

He said: "It's getting tickly now – squeaky bum time, I call it. It's going to be an interesting few weeks."

The official entry for "squeaky bum time" in the dictionary reads: "British colloquial (originally and chiefly in sporting contexts) a particularly tense period of time, esp. one leading up to the climax of a competition or event.

"The term was coined by Sir Alex Ferguson, then manager of the Association Football club Manchester United, with reference to his team challenging for the title in the closing stages of the English Premier League.

"The phrase has been explained as a reference to the sound of someone shifting restlessly on plastic seating during tense closing stages of a contest."

The dictionary said the phrase had become well-known after Ferguson first said it and was now in common use.

They found the late Irish golfer Christy O'Connor Jnr had used it in his 2012 autobiography to describe his nerves about whether he would make the European Ryder Cup team.

Most read in English Premier League

The researchers also found it had been used in non-sporting contexts including a newspaper report about a boardroom power struggle at an advertising firm.

The phrase is one of 15 football-related terms which have been added to the dictionary ahead of the World Cup in Qatar which kicks off next month.

Others include "Cruyff turn", the manoeuvre made famous by legendary Dutch player Johan Cruyff, and "to park the bus" to describe playing in a very defensive way.

Craig Leyland, the dictionary's New Words Executive Editor, said: "There’s a World Cup kicking off in November, and while the OED already covered a large number of football terms, from catenaccio to nutmeg to water carrier, this select batch of fifteen additions fills a few gaps in our formation.

"Tiki-taka comes from Spanish, and is the term used for the possession-based, short-pass-focused style associated with FC Barcelona and the Spanish national team in the late 2000s and early 2010s.

"And for the more defensive-minded fans of both football and loan translations, to park the bus appeared in English match reports in 2004 when the Portuguese manager José Mourinho claimed that this is what Spurs had done against his Chelsea team, playing in such a negative way that they might as well have put their team coach in the goalmouth.

"Others in this batch for the beautiful game include false nine, row Z, trequartista, zonal marking, and one that the former Manchester United manager Sir Alex Ferguson might not have expected to catch on so widely when he first said it to reporters in 2003: squeaky bum time."

Last year, Sir Billy Connolly managed to get the word "trousered" to describe being drunk into the dictionary.

A new meaning for trousered was included in the dictionary to reflect it being a slang term for being intoxicated.

Researchers found the earliest printed mention of the word in that context was in a 1977 newspaper interview with Glasgow-born Connolly.