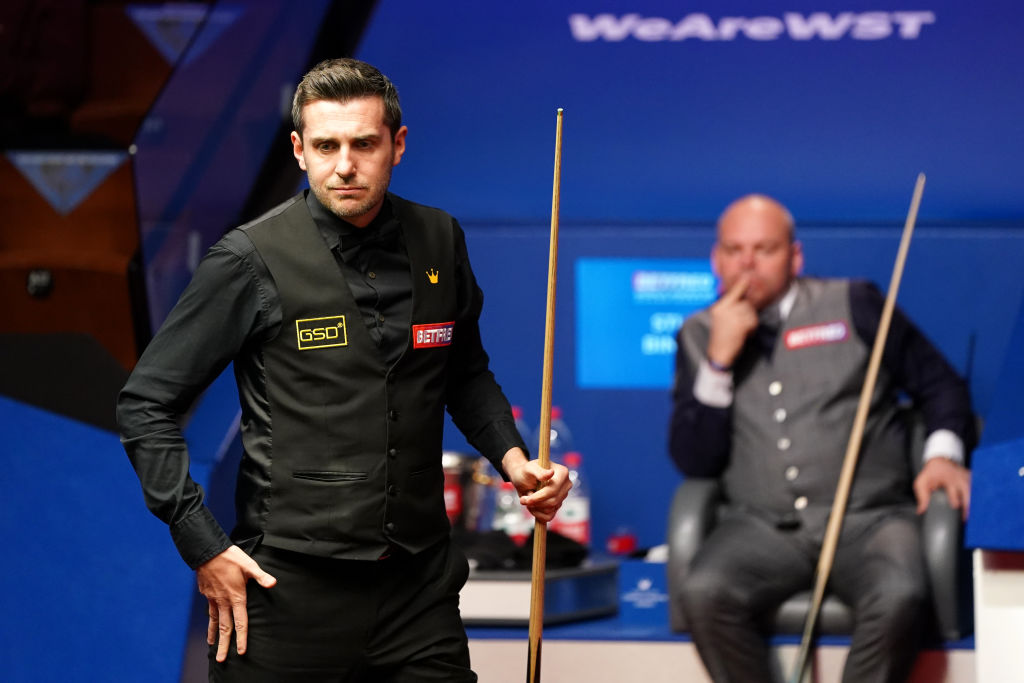 Mark Selby is into the World Snooker Championship final after beating Stuart Bingham 17-15 in a unique semi-final at the Crucible.

The match was due to be over in the afternoon but so lengthy was that session that the players had to leave and then return after the end of the other semi-final for just one frame.

It was a tight frame which Bingham looked likely to win at one point, but Selby tied him up in a snooker and eventually got in to clear the table for victory.

It was a bruising encounter from start to finish with some incredibly long frames and an unusual amount of re-racks as the balls continually went scrappy.

In among that were some hugely impressive breaks as both men showed their surpeme quality, but another safety dust-up was never far away.

The first session on Thursday was shared at 4-4, Selby led 9-7 by the end of Friday morning, but Bingham had bounced back to lead 13-11 at the end of the third session on Friday night.

Selby is never one to be deterred, though, winning the first two frames of Saturday afternoon to level the match with efforts of 68 and 125.

Bingham again responded, this time with a break of 100, which was the record-breaking 101st of the tournament.

Selby scrapped his way to the next two frames, then slotted home a wonderful 132 total clearance to go just one frame from victory as the clock ticked down and the match rumbled on.

With the other semi-final between Kyren Wilson and Shaun Murphy due to start in an hour, the players could fit in just one more frame, meaning if Selby claimed it then the game was over, if not then they would be back late in the evening.

Selby looked like he had it wrapped up, making a break of 44 but breaking down and playing safe, before Bingham crunched in an immense long red and made a clearance of 85 to stay alive.

This meant the players had to leave the arena and come back later, when Murphy and Wilson were done, and thankfully for them the Magician beat the Warrior relatively quickly, winning 17-12 in fine style and freeing up the table before 9.30pm.

It was only one frame when they returned, with both men having chances, but Selby eventually tying up Bingham in a tough snooker, which eventually cost Ball-run the match.