Some Toon supporters have celebrated their recent Saudi-backed takeover by wearing tea towels on their heads for matches at St James' Park. 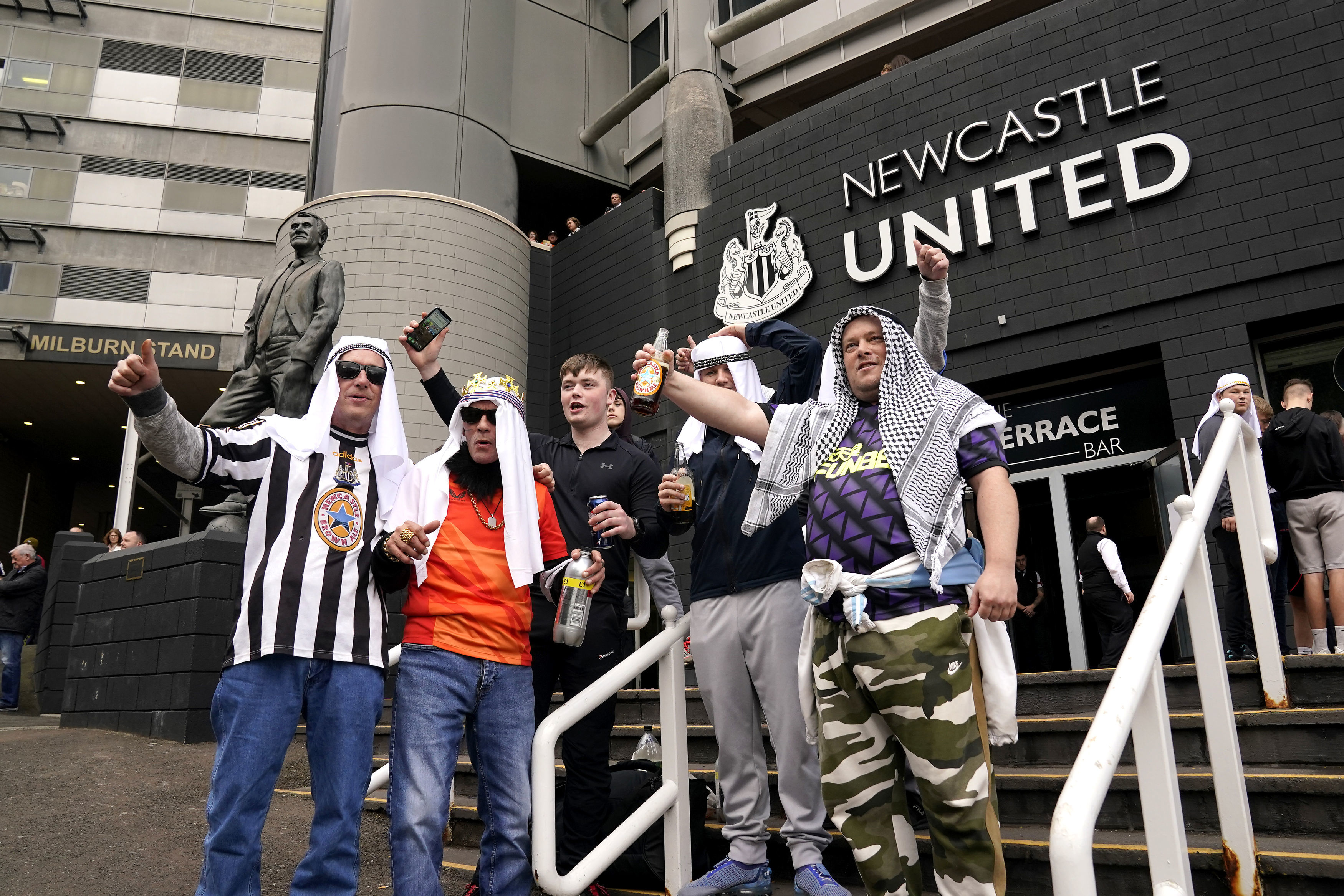 The stunt was hit by fierce criticism from the likes of Kick It Out.

Newcastle have now begged fans to stop, calling it 'culturally inappropriate', while assuring them the new owners have not yet taken offence.

The club statement read: "Newcastle United is kindly asking supporters to refrain from wearing traditional Arabic clothing or Middle East-inspired head coverings at matches if they would not ordinarily wear such attire.

"No-one among the new ownership group was in any way offended by the attire of the fans who chose to celebrate in this way.

"It was a gesture that was acknowledged as positive and welcoming in its intent.

"However, there remains the possibility that dressing this way is culturally inappropriate and risks causing offence to others.

"All visitors to the club are, as always, encouraged to wear whatever is the norm for their own culture or religion, continuing to reflect the broad and rich multicultural communities and groups from which the club proudly draws its support.

Newcastle travel to Crystal Palace on Saturday, with their next home game a week later when they host Chelsea.

The new era on Tyneside didn't get off to the best start as under-fire Steve Bruce saw his team slip to a 3-2 defeat at the hands of Tottenham.

Eddie Howe, 43, has now emerged as a serious contender to replace Bruce in the St James' Park hotseat.

The Magpies are currently 19th in the Premier League, having failed to win any of their opening eight games – losing five of those.

But the club's new owners want them to be challenging for silverware in the near future and reportedly believe that Howe is the right man for the job.