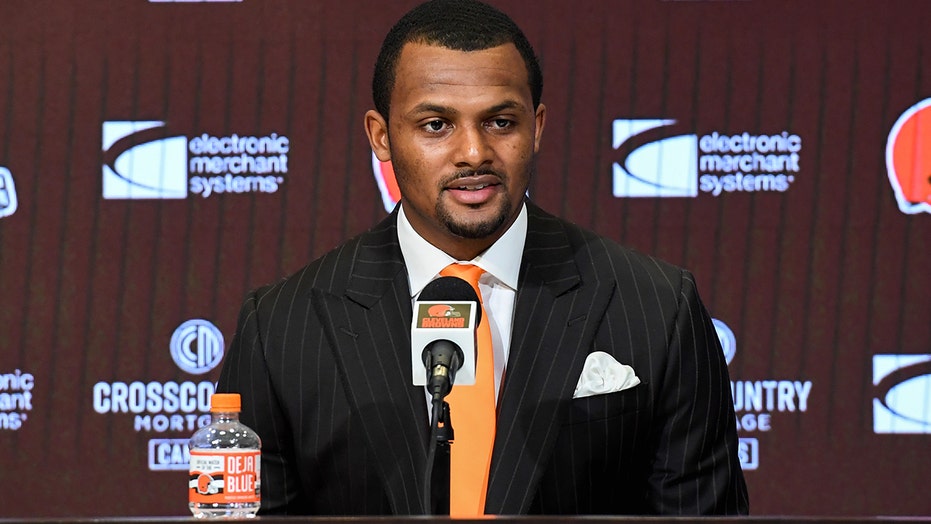 The Cleveland Browns stunned the NFL world earlier this month when they acquired Deshaun Watson from the Houston Texans for several draft picks after one grand jury declined to indict him on sexual assault complains and while he still faces 22 civil lawsuits over the same accusations.

Watson and the Browns then agreed to a five-year, $230 million contract, which gives him a base salary of just over $1 million in 2022 along with an $8.9 million signing bonus as he could still be hit with discipline by the NFL at some point this season. 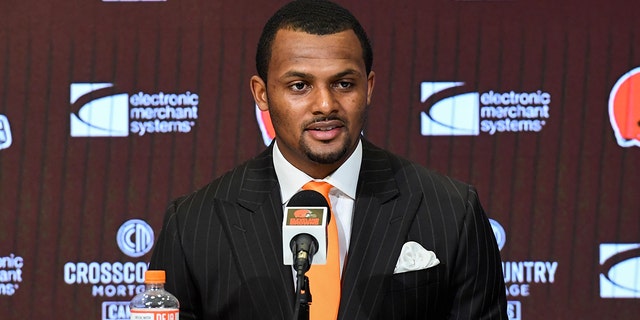 Quarterback Deshaun Watson of the Cleveland Browns speaks during his press conference introducing him to the team at CrossCountry Mortgage Campus on March 25, 2022 in Berea, Ohio.
(Nick Cammett/Getty Images) 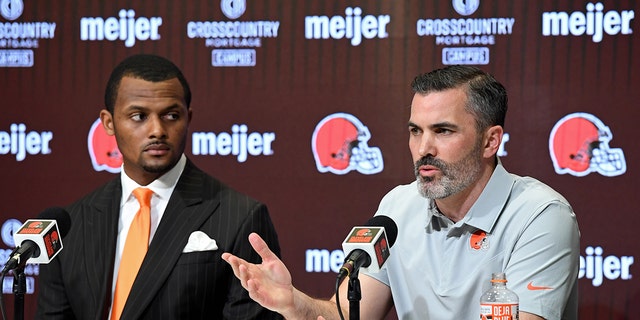 “I understand the whole circumstance is very difficult, especially for the women’s side – the fans in this community. I’m not naive to that,” he said of the criticism his trade has drawn. “I know these allegations are very, very serious but like I mentioned before, I’ve never assaulted any woman. I never disrespected any woman. I was raised by a single parent mom … that’s who raised me.”

He continued: “I was raised to be genuine and respect anyone and everything around me. So I’ve always defended that and I will continue to stand on that and I just want the opportunity to be able to really show who I am in the community and be hands-on and help people and serve other people.”

Watson was asked about the amount of allegations leveled against him and if they were all wrong.

“I can’t speak on what people’s opinions are, because everyone has their own opinions,” he responded, “but what I can continue to do is tell the truth and that is I’ve never assaulted or disrespected or harassed any women in my life. Like I said before, I was raised differently. That’s not in my DNA, that’s not my culture. That’s not me as a person and that’s not how I was raised.” 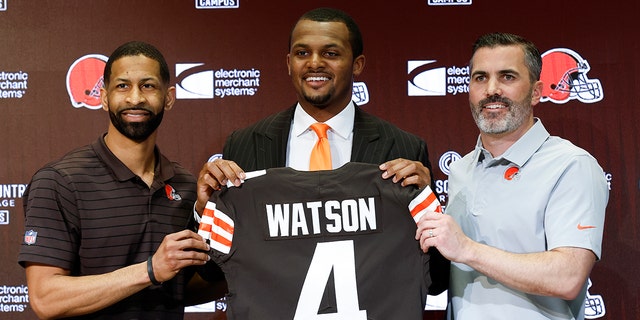 Another Texas grand jury declined to indict Watson on another complaint last week too.

The 22 civil lawsuits are still going through the process.