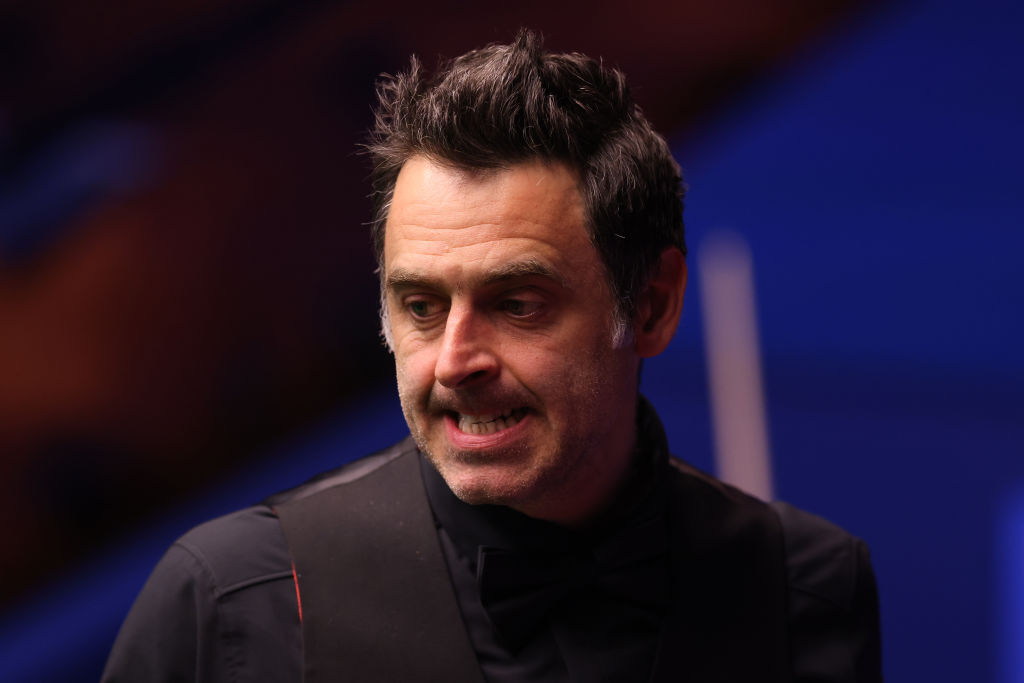 Ronnie O’Sullivan has reiterated his plan to retire from professional snooker in three years after feeling embarrassed by a ‘horrendous’ performance, despite beating Hossein Vafaei 4-1 at the World Grand Prix.

The Rocket struggled to get going against the Iranian, who was also not great, but the six-time world champion eventually clicked into gear and powered to victory with breaks of 107 and 81 in the last two frames.

However, his mind was still on the first three frames at the end of the match and he feels like that level of performance means he is nearing the end of his record-breaking career.

‘That was as bad as it’s ever been, the first three frames. If he’d have played alright it would have been 4-0, done and dusted,’ O’Sullivan told ITV4. ‘I’m into the next round, that’s about all I can say.

‘If I was to play like that, you have to be honest with yourself, I’m not going to get any better now, I know when to throw it in because I didn’t enjoy that.

‘I know I got through, but for my own pleasure. I now know the reasons I’ve kept playing, because when you’re buzzing and bouncing round the table, I feed off the energy of the crowd.

‘But today they didn’t get nothing. I didn’t enjoy it, I don’t think they enjoyed it.’

The 46-year-old said last month that he is planning to play in three more World Championships before retiring from the professional circuit, and he seems more set on that plan now.

‘I’ll allow myself to stink places out for another three years. I think I’ve earned the right to smell a few places out,’ he said.

‘Then if it doesn’t get any better, which I can’t imagine it will, it’s probably time to hang the cue up, get on the exhibition circuit, have a few pints of Guinness.

‘You can’t play like that, I can’t anyway. There’s just no fun in it for me. If someone plays alright against me, they’ll put me away.

‘It shows in my results. Normally I win a lot of tournaments, now it’s quarters, semis. I’m obviously not as good as I was and I accept that, there’s only so much juice to be squeezed out of a lemon, I think I’ve done pretty well.

‘I now know why I’ve played so long, I was getting a kick off the rapport with the fans and the energy that I feed off, but there was no feeding coming off there.

‘I felt embarrassed, I felt sad for them that they’d come all the way to watch that.

‘I can still do it in practice, just not so much in matches these days.’

The Rocket is still in the World Grand Prix, though, and will play either Luca Brecel or Jimmy Robertson in the quarter-finals on Friday.