Sir Henry Cooper was a plasterer, he worked at the meat market, he was a teenager at the Helsinki Olympics, he nearly knocked out Muhammad Ali, he swam the Channel, he sold Brut, he had a portrait of the Queen Mother in his house and he was British sport’s most famous man.

On a Tuesday night in March 1971, it was finally all over for Our ‘Enery when he lost a tight decision over 15 torrid rounds to Joe Bugner at the Empire Pool, Wembley. And it was bleeding tight.

There was outrage, a nation divided and in a crowded dressing room, packed with melting ice on the floor, bloody bandages, old socks, profanity, boots and reporters in hats and macs, Henry held back the tears and announced: “That’s it, gentleman. That’s me lot.” It was. Cooper walked away at about 11pm on 16 March 1971.

On that night in the Wembley ring, Bugner was just 21, the outsider, the kid, but he boxed a beautiful 15 rounds to just edge Cooper on the scorecard of Harry Gibbs, the referee and sole arbiter back then. Cooper and Gibbs never spoke for 30 years after Bugner’s arm was raised. Deep wounds run long in our old game.

Henry Cooper had been a professional boxer since 1954, turning with his twin, George, after their military service. George was not a bad fighter, but he cut even more than his beloved brother. George was a constant sentinel, a shadow to every move Henry made. 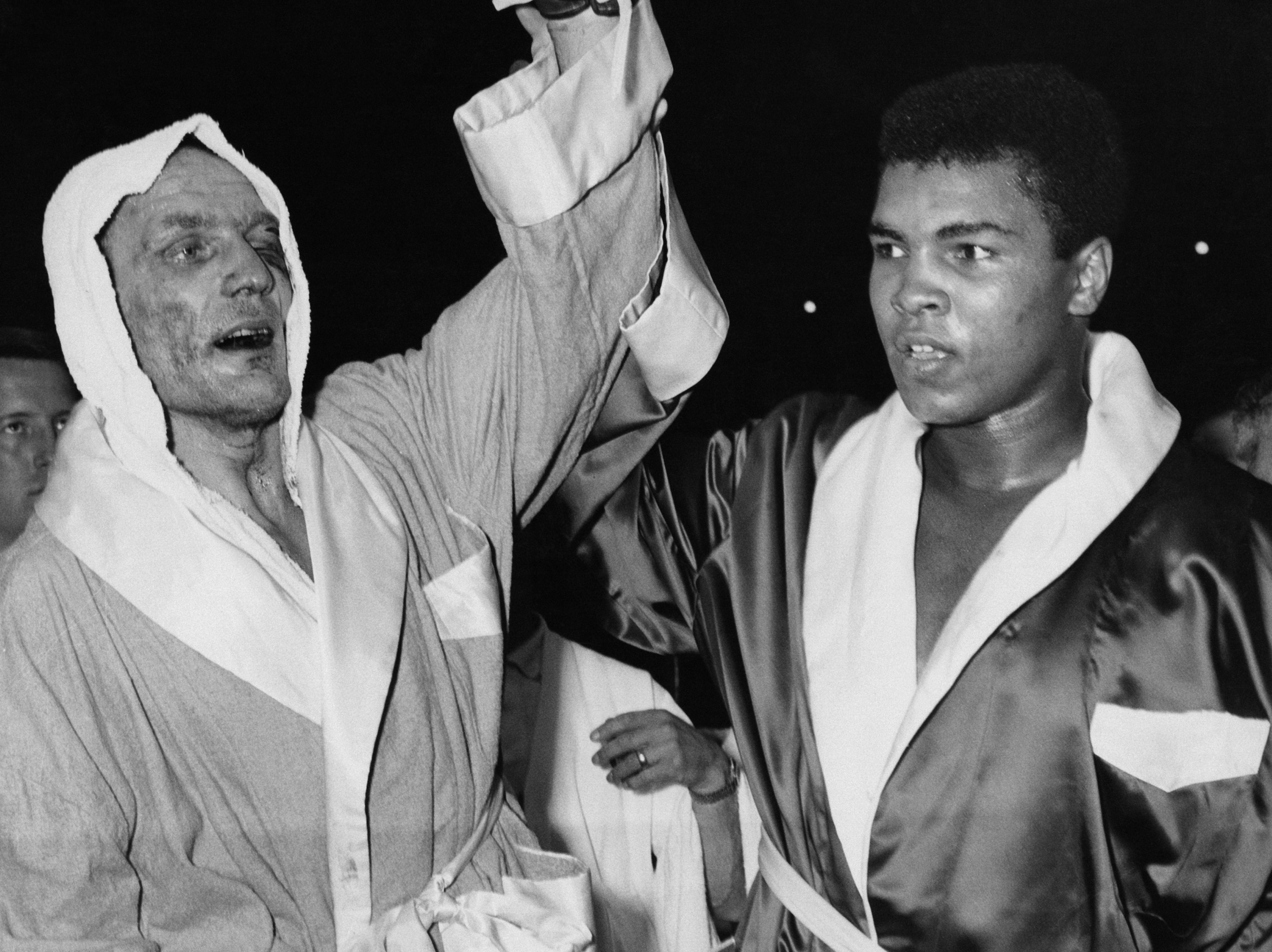 Cooper is most famous, I guess, for the left hook that dropped Ali, who was then known as Cassius Clay, at Wembley Stadium in 1963. Ali went down heavy, hit the ropes and the bell sounded to end the fourth. In the fifth, Cooper was rescued when blood from cuts covered his body. “I could hear him bleeding,” Ali said. The debate is whether Ali would have survived if the punch had come ten seconds earlier? The answer, which might not please Cooper fans, is yes, sorry. In 1971 Ali survived a left-hook knockdown in the 15th and last round against Joe Frazier in the Fight of the Century; Frazier had 2 minutes and 21 seconds to finish Ali. He never did.

And then there is the Bugner fight, one which is still being discussed fifty-years later. It was our own British Fight of the Century.

Live Rugby union coverage direct to your inbox every week

Live Rugby union coverage direct to your inbox every week

And then there is the Brut campaign, the reign as captain on Question of Sport, the day he and Bugner swam the Channel. The two BBC Sports Personality of the Year awards. His friendship with Princess Anne and the Queen Mum. There is a lot to the council estate kid from South London. There is a lot that made him a household name, a brand for reliability and decency and honesty. We loved our ‘Enery.

At the Olympics in 1952 he lost to a Soviet, everybody lost to a Soviet in the Fifties. “I had to face Perov, a big unsmiling geezer who could have haunted houses for a living.” Henry turned professional with a bookie called Jim Wicks, who a few years earlier had refused to manage brothers when he said, “No thanks” to the Kray twins. In the Sixties, in Cooper’s prime, the Krays had ringside seats for all of his fights. Wicks was smart, cunning and foul-mouthed, loved cards, greyhounds, horses and his fighters; it was always “we” whenever he talked about his ‘Enery. And he talked about Cooper all the time.

There was no guarantee of fame and riches from the ring when he turned professional. He could barely buy his mum and dad a television with his first payday. He kept on, fighting all over the place, at small halls, on undercards, learning his trade and building his name. Wicks kept control even when his debts mounted and even when Cooper lost and he did lose. In his first 23 fights, Cooper lost seven times and was stopped four times. But he was learning a craft and in 1959 he won the British heavyweight title. He would hold it for 12 years, win three Lonsdale belts outright. He was the first person to win Sports Personality twice.

“Our ‘Enery is a national treasure and we have been treated disgracefully,” Wicks said in 1970 when the British Boxing Board of Control refused to sanction Cooper’s planned world heavyweight title fight with Jimmy Ellis. At the time Ali was in exile, Ellis did defend his portion of the world title and lost to Frazier; eight days before Cooper and Bugner, Frazier and Ali shared five million dollars in the Fight of the Century. Cooper and Bugner split 60 grand. Cooper would have beaten Ellis; the Board was cruel. “He’s been their biggest earner for years and this is no way to treat Britain’s greatest boxing hero,” Wicks said and he was right. Henry never moaned, just shrugged his shoulders and moved on.

In 55 fights – he won 40 – from 1954 to 1971, Cooper never gained or lost more than about 10 pounds in weight. His first fight was at 188 pounds, his last just a pound heavier. He claimed that he never weighed 14-stone, which means that in modern terms he was never, not once, a heavyweight; Cooper was a cruiserweight, a division not introduced until he was long retired. Cooper lived so well, never putting harmful stress on his body to lose weight and would have been a natural cruiserweight and world champion for a decade.

This Saturday, Lawrence Okolie, an Olympian like Cooper, fights for the cruiserweight world title; Okolie probably only gets near the 14-stone mark for about ten minutes when he weighs in for fights. Cooper weighed-in on the day, got in the ring after a good meal, having gained a few pounds; Okolie will have 30-hours to rehydrate after the weigh-in and will probably gain 20-pounds. Cooper was a small giant, Okolie will become a real heavyweight one day.

So, at Wembley against Bugner this week in 1971 it was the end. Cooper was only 36, he looked much older. His legs, elbows and eyebrows could simply not take any more punishment. In his dignified exit from the uncivilised business, he left behind an icon’s legacy. It remains to this very day and he will always be Our ‘Enery.