WWE HISTORY was made last night as Rey Mysterio and son Dominik became the first ever father and son duo to win tag team gold.

The much-loved masked high-flier and his 24-year-old boy claimed the SmackDown gold by dethroning Dolph Ziggler and Bobby Roode. 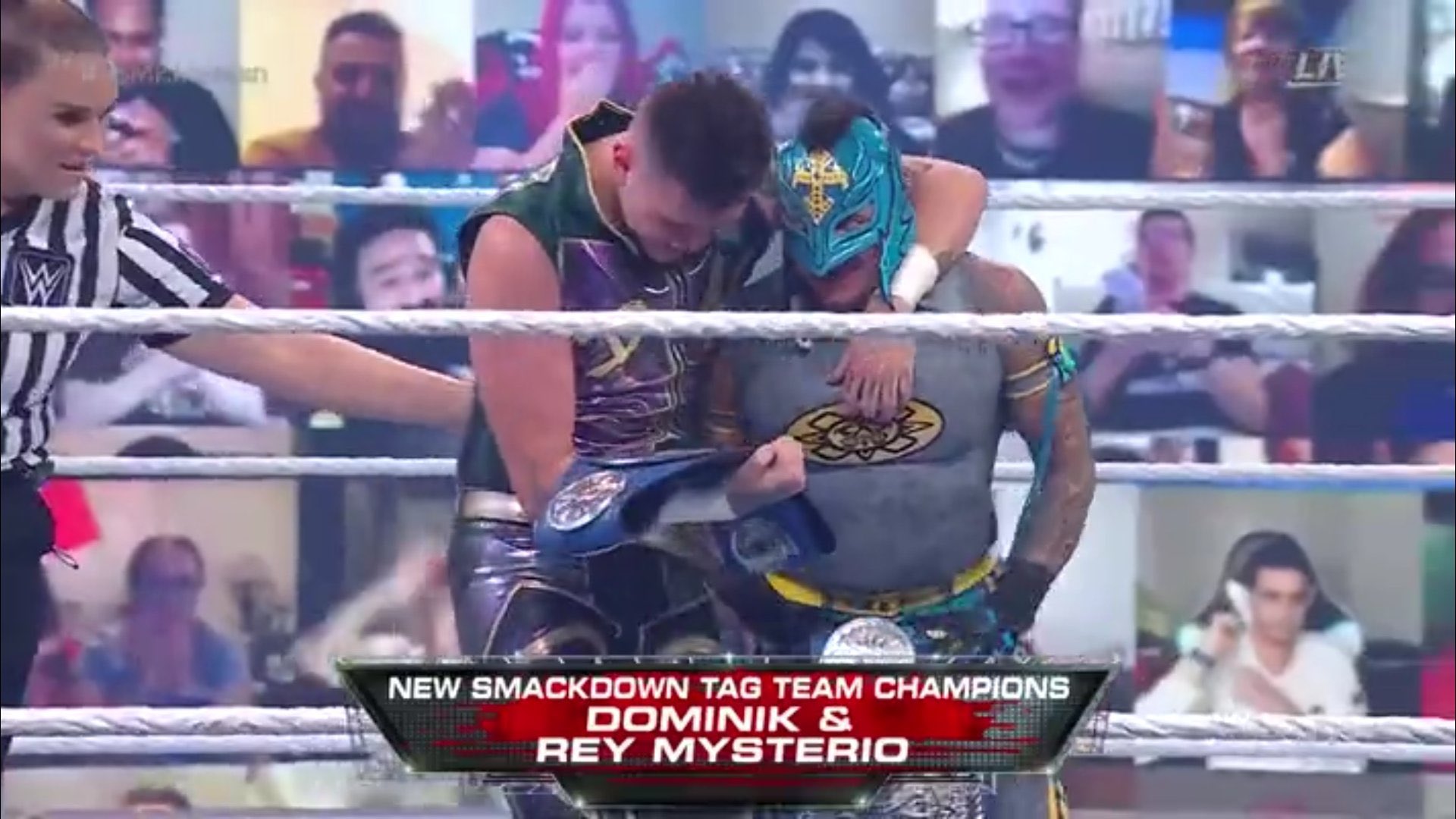 The odds were stacked against the fan favourites as The Dirty Dawgs attempted to take Dominik out of action before the bell had even rung.

They attacked the youngster backstage during the pre-show of WWE’s WrestleMania Backlash pay-per-view.

Despite making a fast start, the numerical advantage soon caught up with Mysterio as he suffered a lengthy beating.

However, Dominik soon limped down to the ring and got the tag.

Despite suffering with injured ribs as a result from the earlier attack, he was still able to land a huge splash from the top rope to claim the win and their impressive place in the history books.

It was double joy for Dominik as well as he celebrated his first-ever title win in WWE.

He wrote: “Would love to thank everyone for the love & support for last night.

“I’ve been blessed with my career from day 1 in 1989, and now to be able to live such a memorable moment like this one creating history with my son.”

It caps a dramatic debut year for Dominik after he burst on to the scene with an incredible debut against Seth Rollins back at SummerSlam in August.