SMU and Navy’s game Friday night experienced an unusual delay after Peruna, the mascot for SMU, (literally) left their mark on the field.

The black Shetland pony was brought onto the field during the third quarter of the game, and galloped across it after SMU took a 19-14 lead following a touchdown.

But the stoppage in play went on longer than expected as Peruna used the field as their bathroom, forcing employees to clean up the field after the score.

The delay lasted for about 15 minutes as both sides stood around waiting for play to resume.

‘And I do believe I have seen it all now.’ 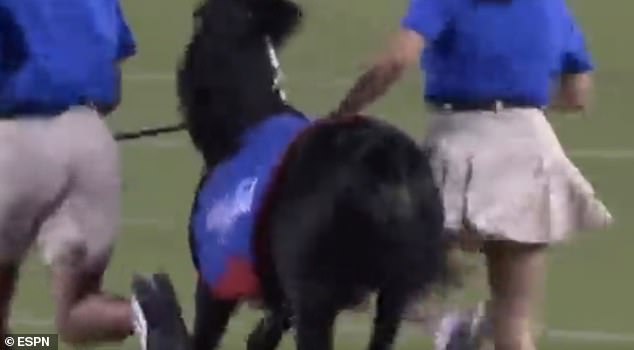 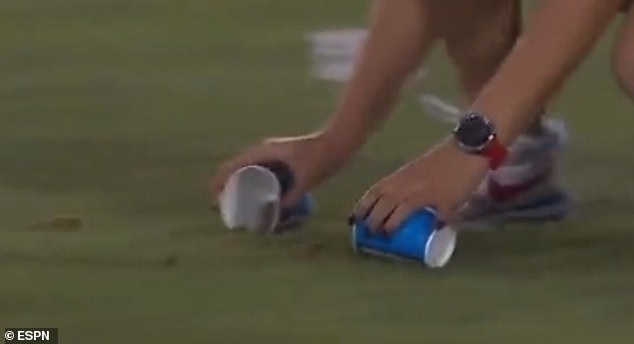 Chances are it’s not the first time an SMU mascot has done the same on the field.

SMU has had Peruna as their mascot since the 1932 season, with the current iteration being the ninth horse to serve in the role.

The appropriately-named Mustangs held onto their lead to beat Navy 40-34.