THOUSANDS of fans have come out in support of Olympic hero An San after the South Korean gold medallist received sexist abuse online. 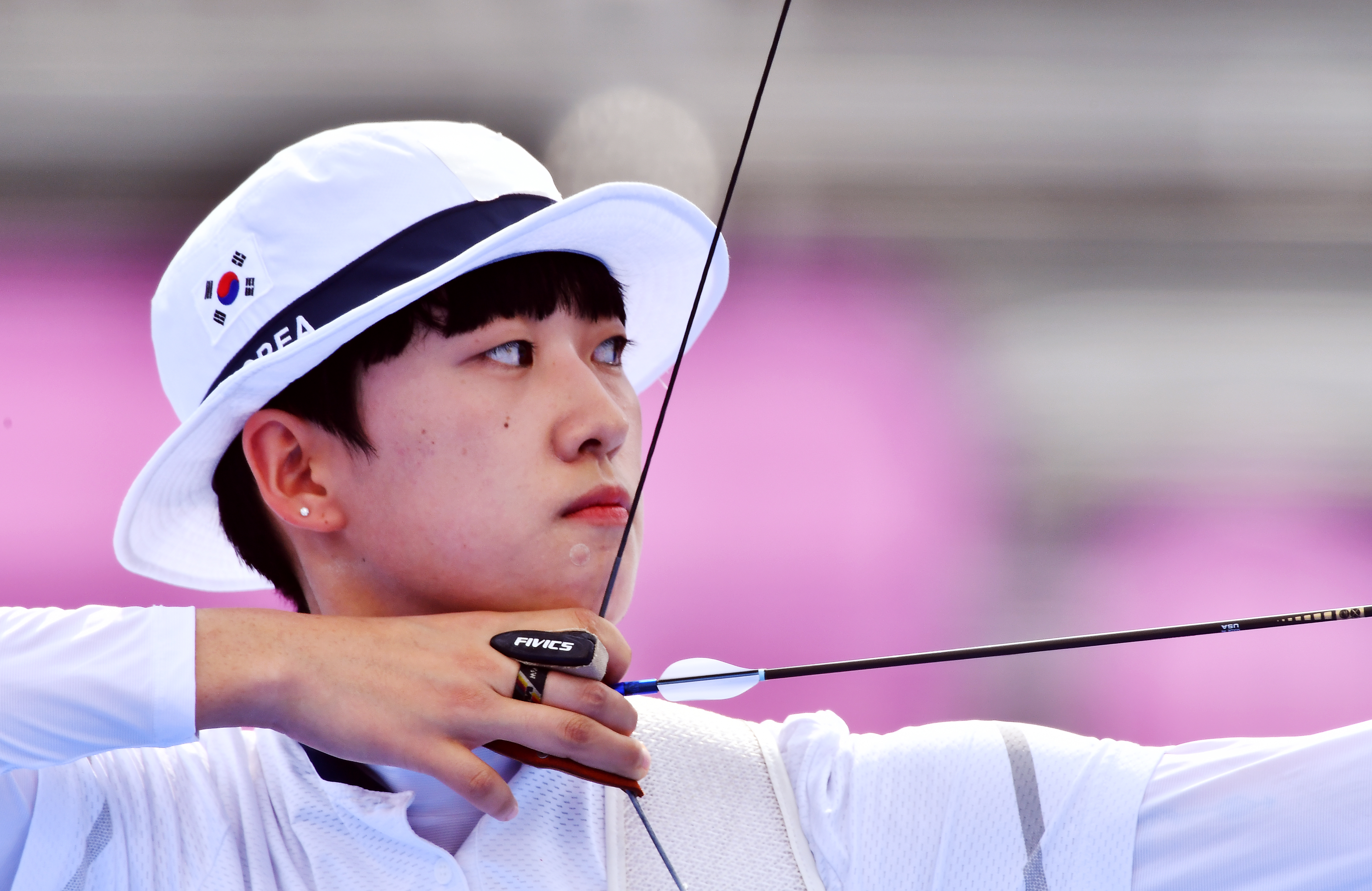 The misogynistic abuse comes following a rise in anti-feminist sentiment in South Korea, with some companies indulging the hate.

The abuse began with a post on a predominantly male online community page, criticising An's short hair and labelling her a feminist.

The post read: "Women who attend women's universities and have a short cut are 90 percent likely to be feminist."

Others, meanwhile, demanded the South Korean star be stripped of her well-earned gold medals from the Tokyo Games.

And there were hateful comments posted on An's official Instagram account, with one misogynist writing: "We didn't train and feed you with tax money so that you can commit feminist acts."

But fans have come out in support of An, with more than 6,000 photographs of South Korean women with short hair posted on social media.

And several high-profile individuals have backed the Olympic champion, including politician Jang Hye-young.

She tweeted: "Even if you win an Olympic gold medal with your own skills and abilities, as long as sexism persists in our society, you get insulted and asked to be deprived of your medal just because you have short hair.

"We are facing a strange day in which Korean archery is now the best in the world, but the national dignity is thrown to the ground because of sexism."

And women's rights activist Kwon Soo-hyun said: "It's been very disheartening to see women, including an Olympic champion, being pressured to explain and even apologise about their own choices and bodies.

"This incident yet again shows the scale of sexism in our society."