A SUPERCOMPUTER has predicted where Rangers and Celtic would be in the Premier League – and it's grim viewing for this season's Scottish champs.

SunSport exclusively revealed that the two teams are wanted to join an all-British League as part of the fall-out from the failed Euro Super League breakaway plot. 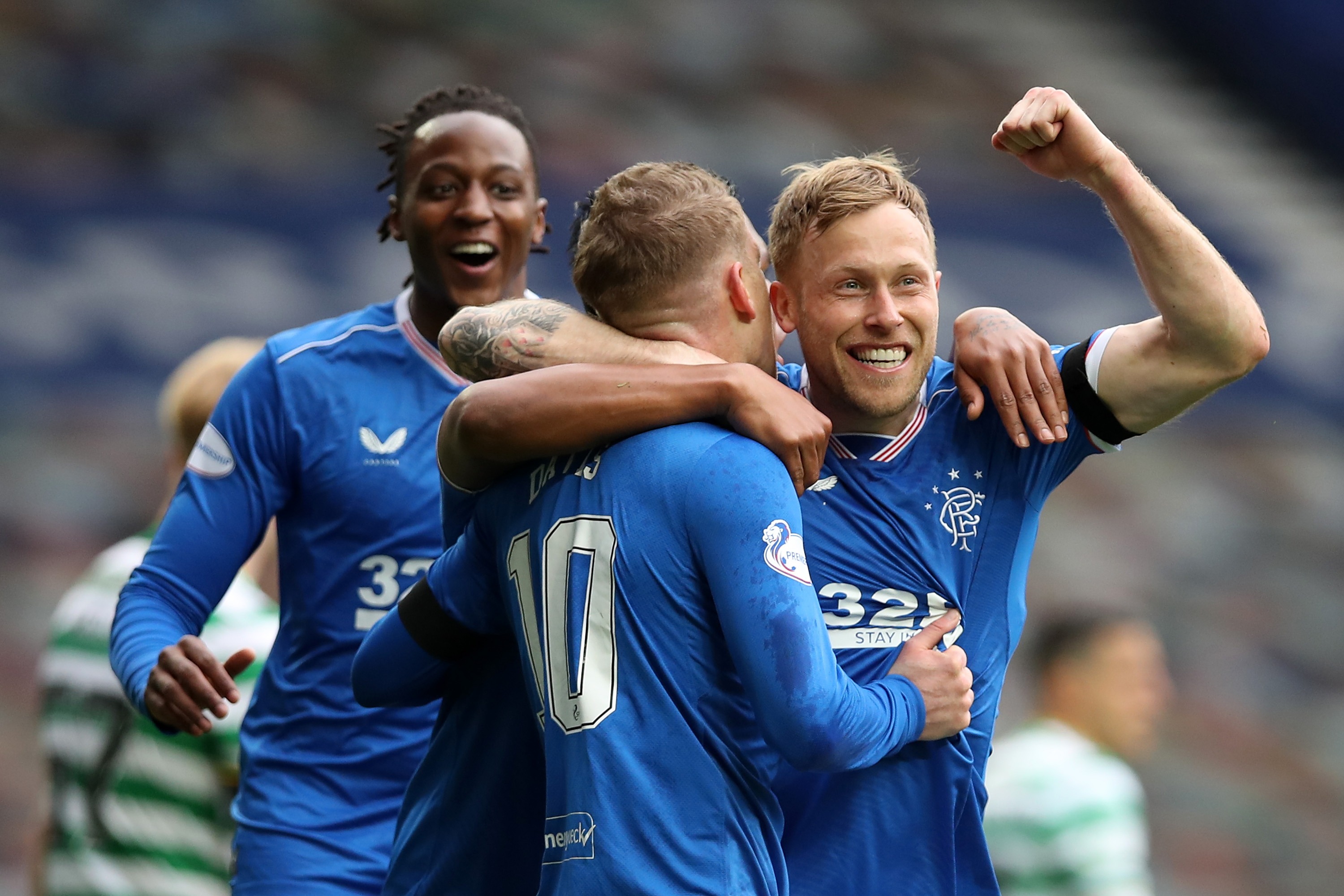 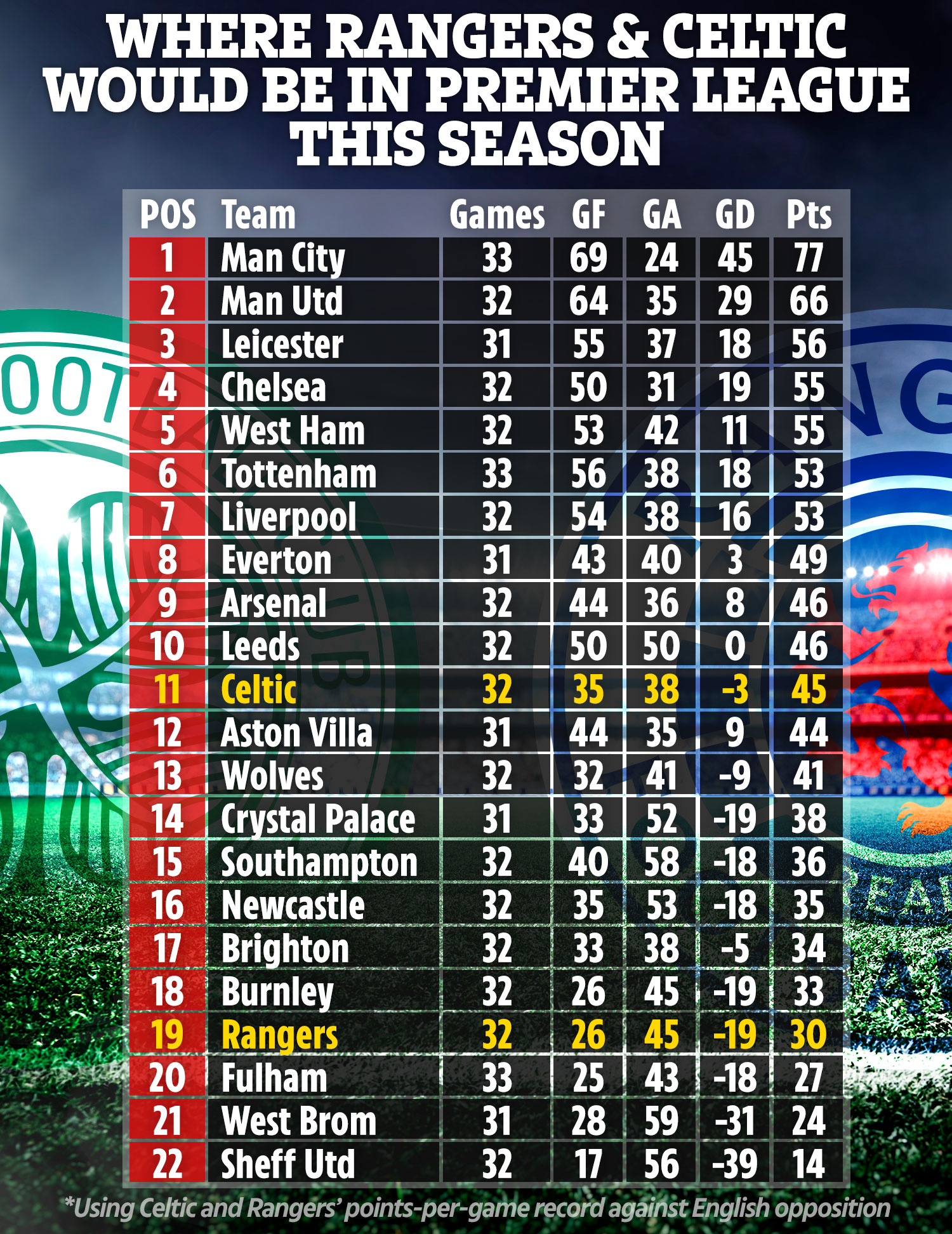 While the Big Six led the humiliating retreat from the Super League debacle, they are still convinced that reform of the Prem is essential.

But bettingexpert.com’s research has forecasted a less than impressive return for this season’s Scottish Premiership winners.

Using Celtic and Rangers’ points-per-game record against English opposition, the supercomputer has predicted where the Scottish teams would be sitting in this season’s Premier League after 32 games.

Steven Gerrard’s side would be sitting on the edge of relegation with a points total of 30 from 22 games based on their 0.9 points-per-game from 14 matches against English sides.

Celtic, meanwhile, are expected to fall just shy of Europe, but edge into the top half of the Premier League standings with 45 points from 22 games based on their points-per-game of 1.4.

The research takes into account both clubs’ previous meetings with English teams, including the likes of Manchester United, Leeds, Newcastle and Arsenal going back to 1960.

A Bettingexpert.com spokesperson said: “Rangers have typically struggled when facing Premier League opponents, but one caveat is their impressive title win this season, as well as a strong run in the Europa League that could give them a better chance in the Premier League than history suggests.

“Celtic have experienced a dip this year, but recent results against English clubs suggest they might be better suited to coping with a significant step up in quality. 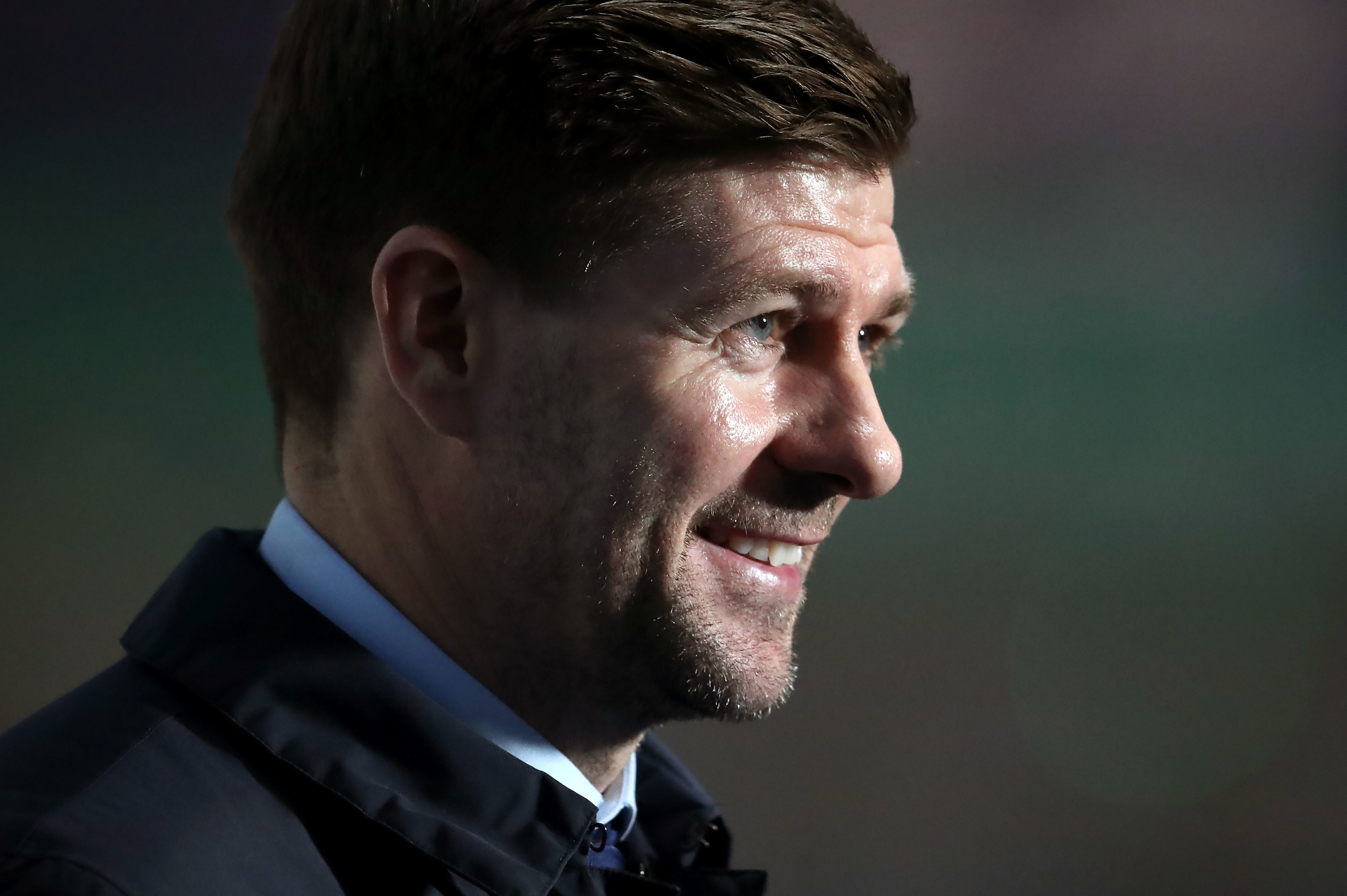 “This also gives an indication as to how the Scottish clubs may have done had they been included in a European Super League with Celtic, for example, just one point off Arsenal in this scenario."

As SunSport exclusively revealed top of the list of plans being actively discussed is an offer to the two Glasgow giants to come and play south of Hadrian’s Wall.

And unlike the Super League shambles which was condemned globally, it's likely an enlarged Premier League including the Old Firm would be BACKED by Fifa, Uefa and the UK Government.

Celtic and Rangers would jump at the chance to take a slice of the Prem cake, while their inclusion would also see a spike in interest from fans across the world, sponsors and broadcasters.

Even the pair’s SPL rivals are thought likely to be willing to wave goodbye to the two dominant forces north of the border, because it would give them a realistic chance of winning the title and the chance to qualify for the revamped Champions League.