MEDICS have completed a lengthy operation on Tiger Woods after the golfing superstar suffered multiple open leg fractures in a car crash.

A rod and several screws and pins were inserted after the American suffered a pair of fractures and a shattered ankle. 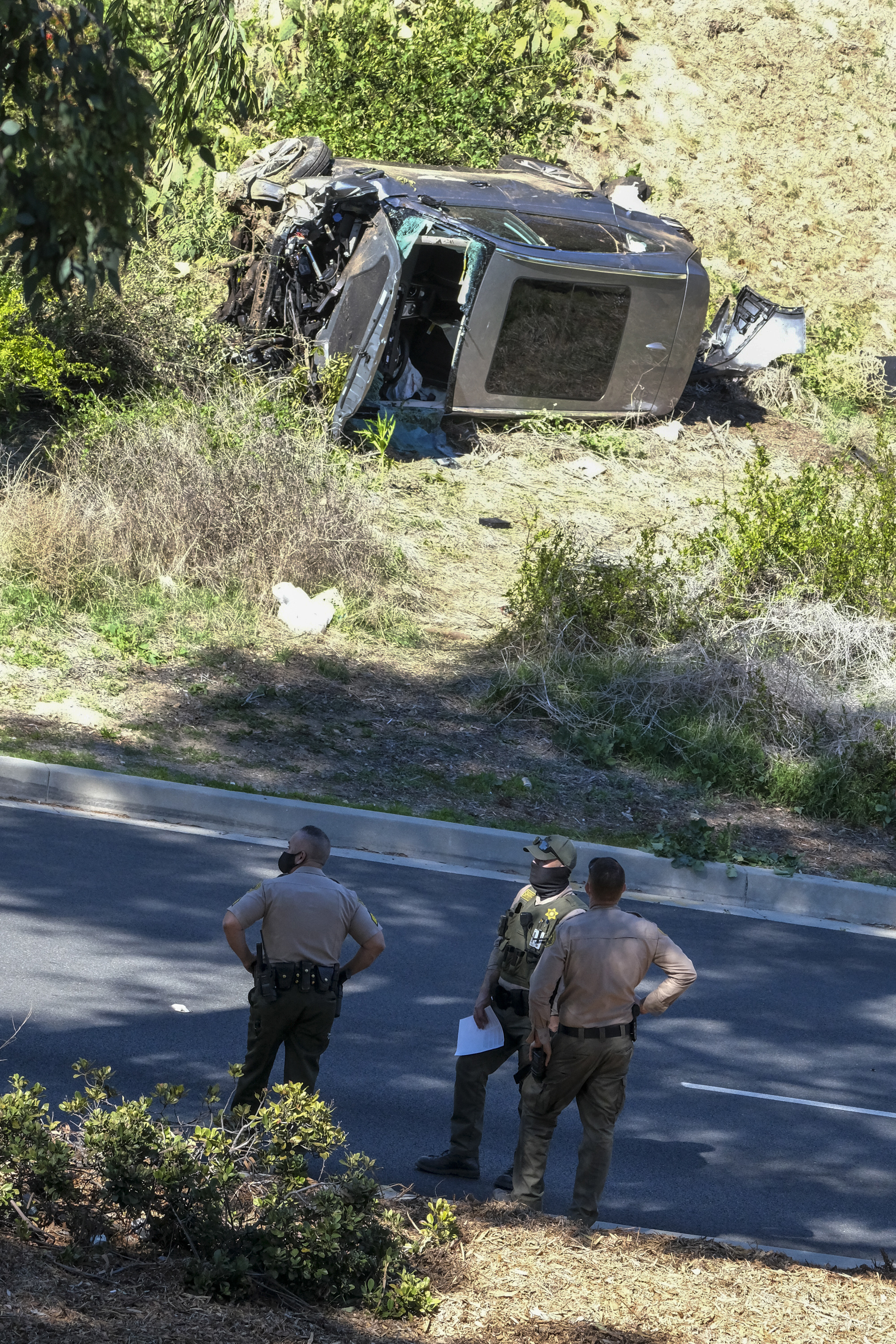 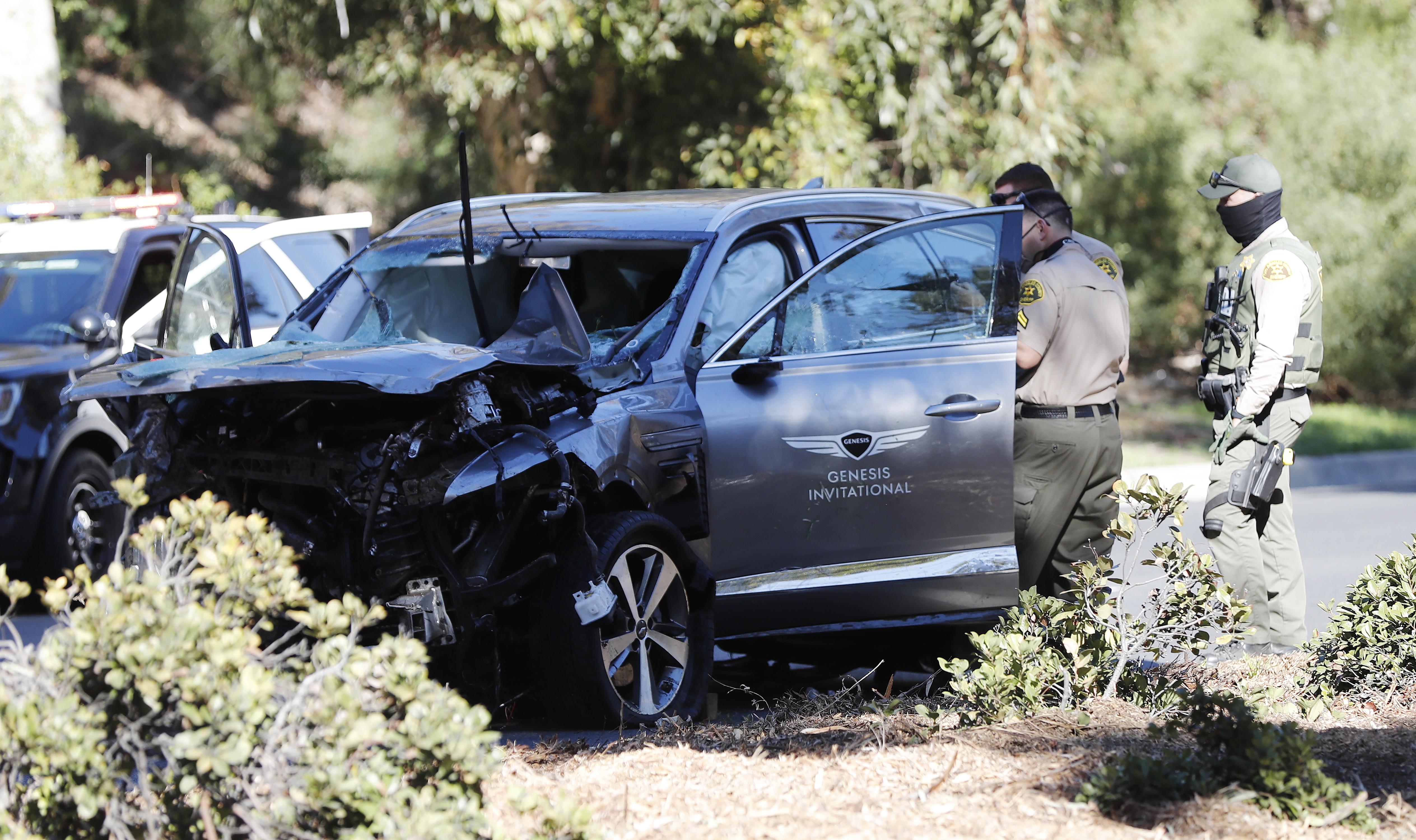 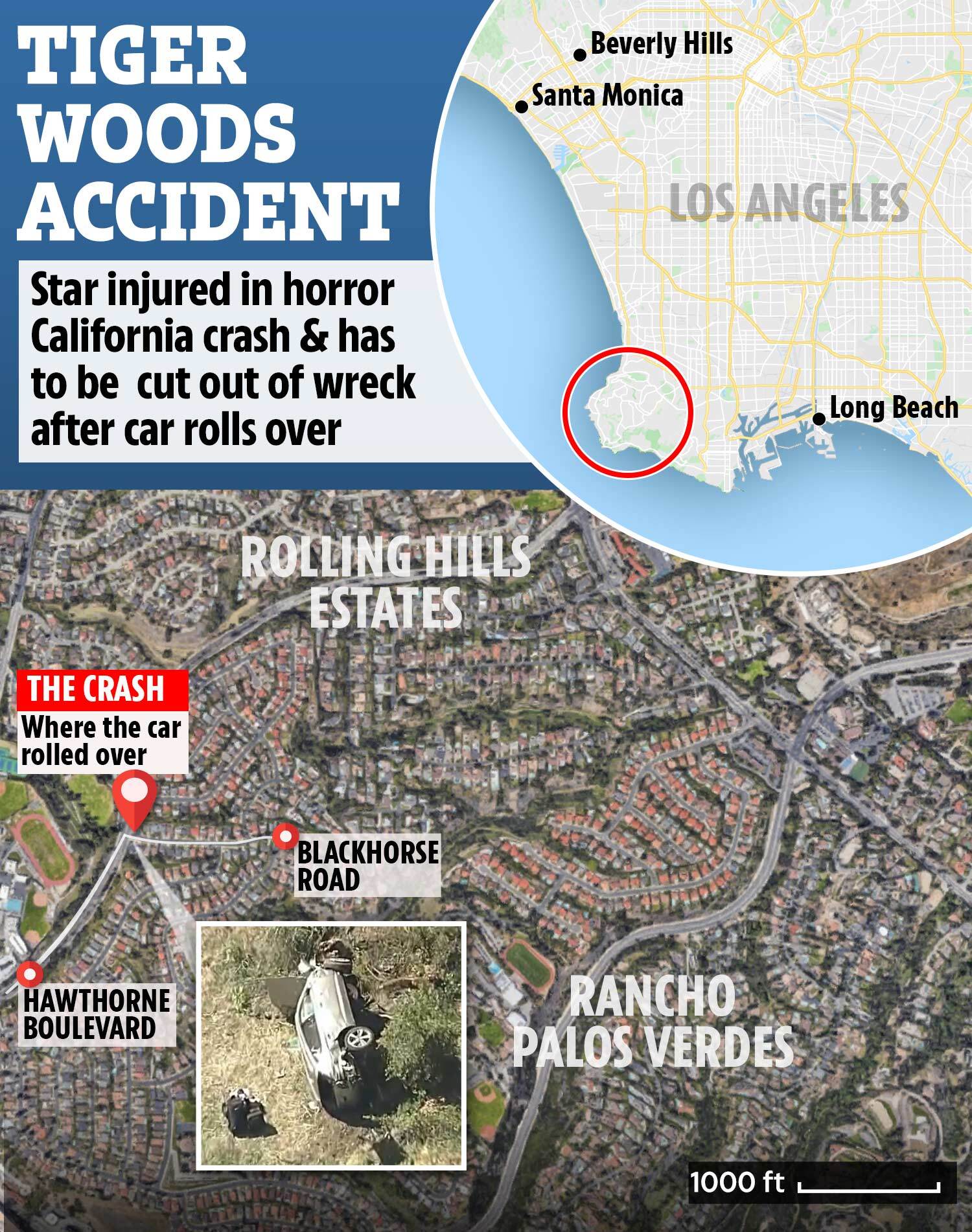 On Tuesday, Woods had been driving to a television shoot in Rancho Palos Verdes, Los Angeles at 7am local time when his 4×4 crashed into the downhill verge of a highway.

No other cars were involved with the 45-year-old alone in his vehicle.

I asked him what his name was. He told me his name was Tiger, and at that moment, I immediately recognised him

"Comminuted open fractures affecting both the upper and lower portions of the tibia and fibula bones were stabilised by inserting a rod into the tibia.

"Additional injuries to the bones of the foot and ankle were stabilised with a combination of screws and pins."

Woods had to be cut out of his Genesis GV80 by firefighters after being left stranded in the overturned vehicle.

Los Angeles County Sheriff's deputy Carlos Gonzalez, who was first on the scene, said Woods, still wearing his seatbelt, was 'calm and lucid'.

He found Woods struggling to get out of the wreck, he said.

Gonzalez said: “Mr. Woods was not able to stand under his own power.

“I spoke to him. I asked him what his name was. He told me his name was Tiger, and at that moment, I immediately recognised him." 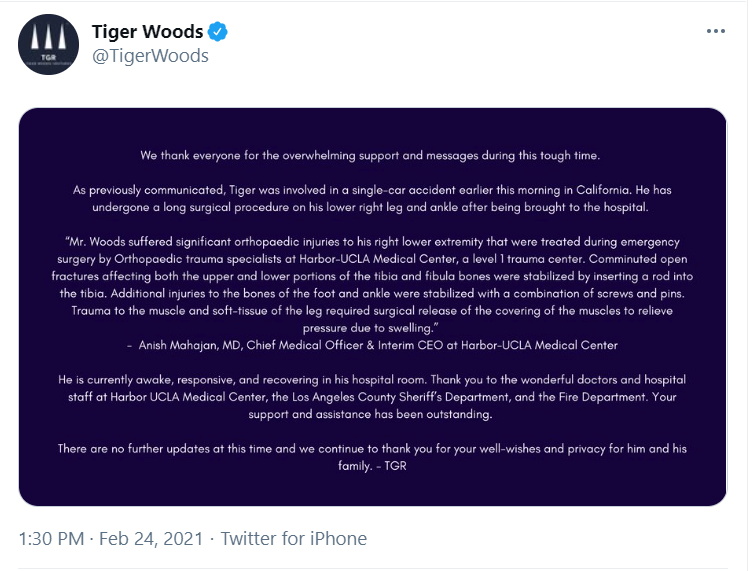 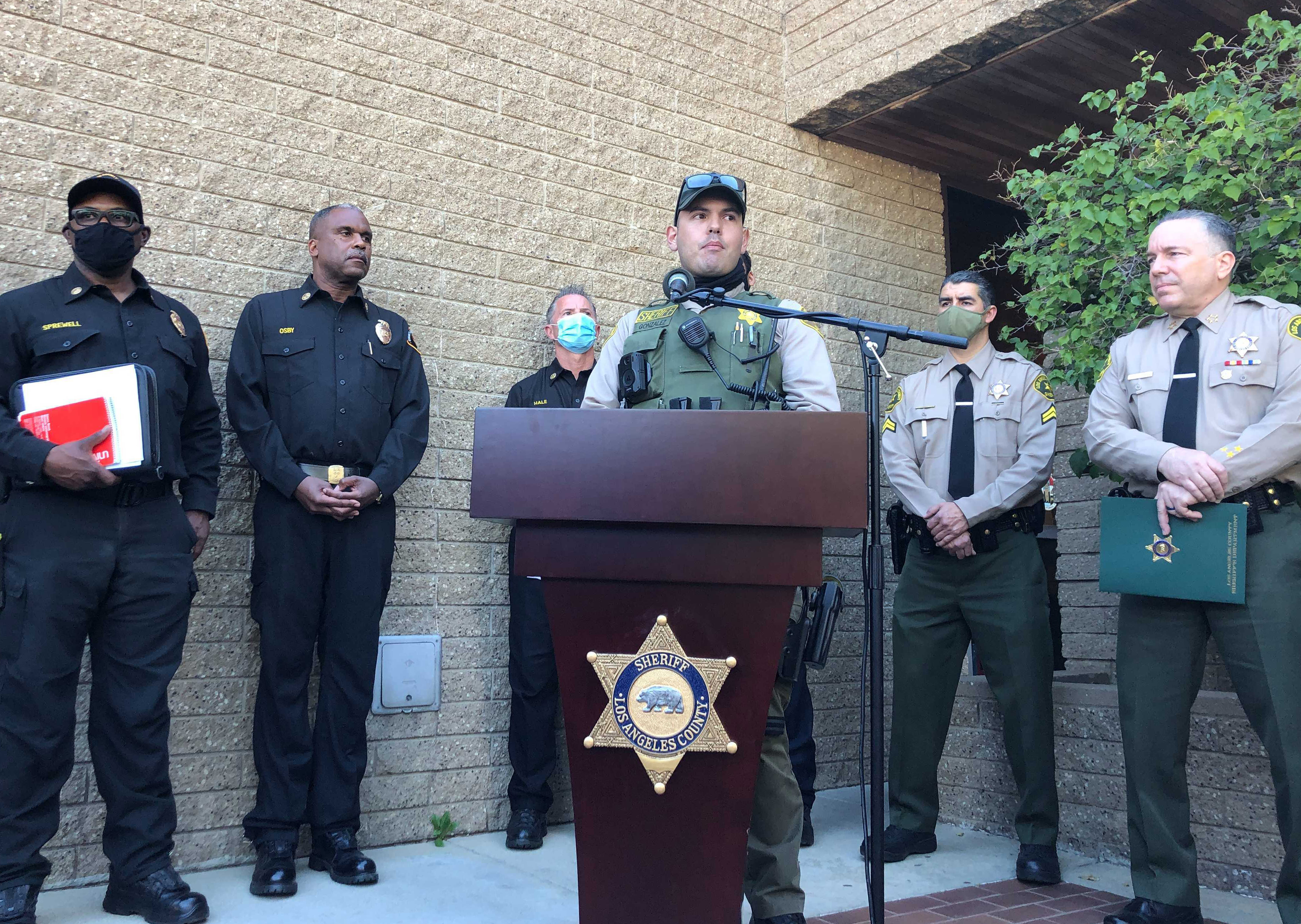 The star’s girlfriend Erica Herman was understood to be at the hospital where he underwent surgery.

The statement confirmed that Woods was 'awake, responsive, and recovering' following the procedure on his leg.

It is not known how fast Woods was driving but police said it was a 'relatively greater speed than normal'.

They also confirmed that there was no evidence of him being under the influence.

Pictures of the incident revealed Woods' vehicle turned on its side having hit a kerb and then a tree, before rolling and deploying its airbags. 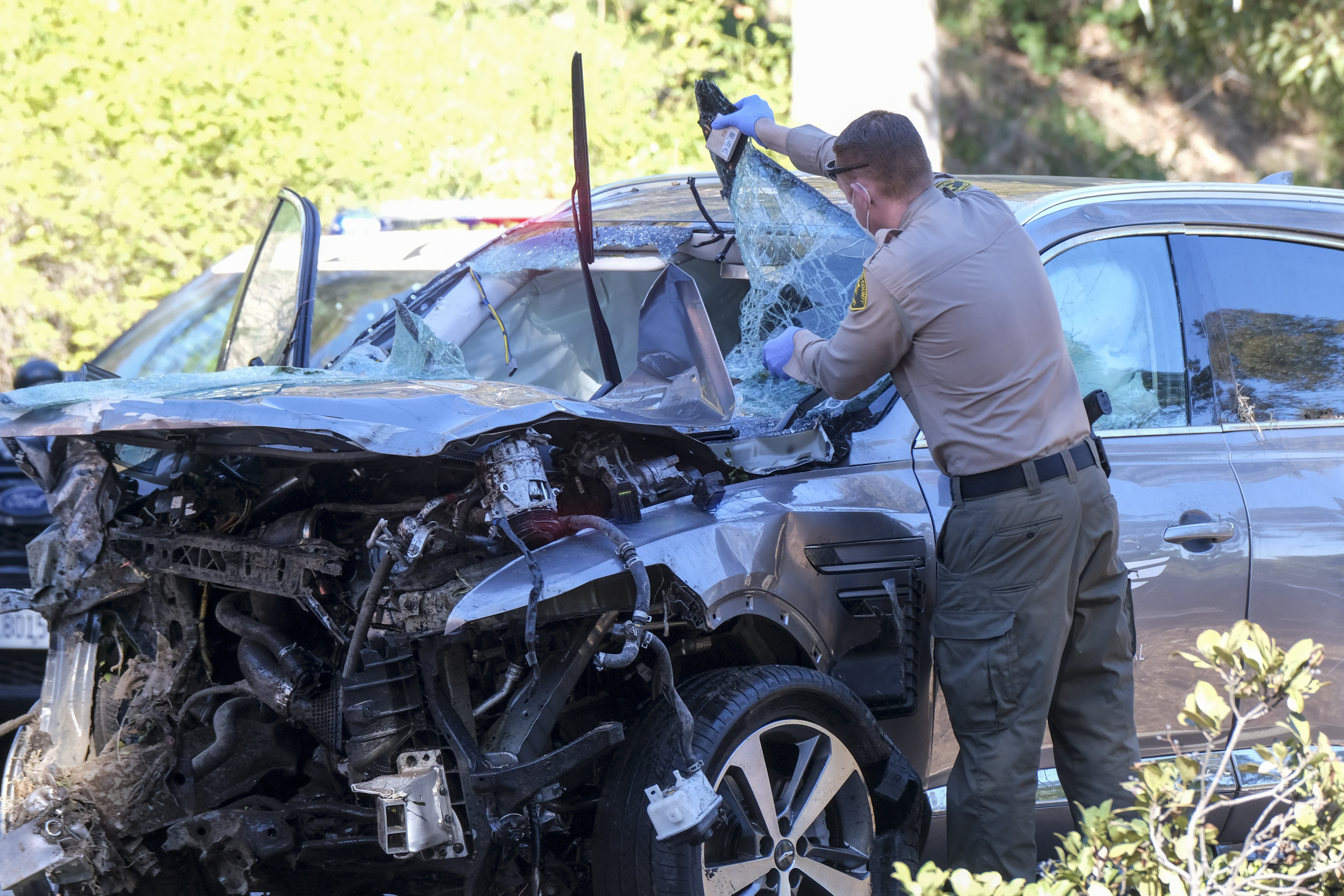 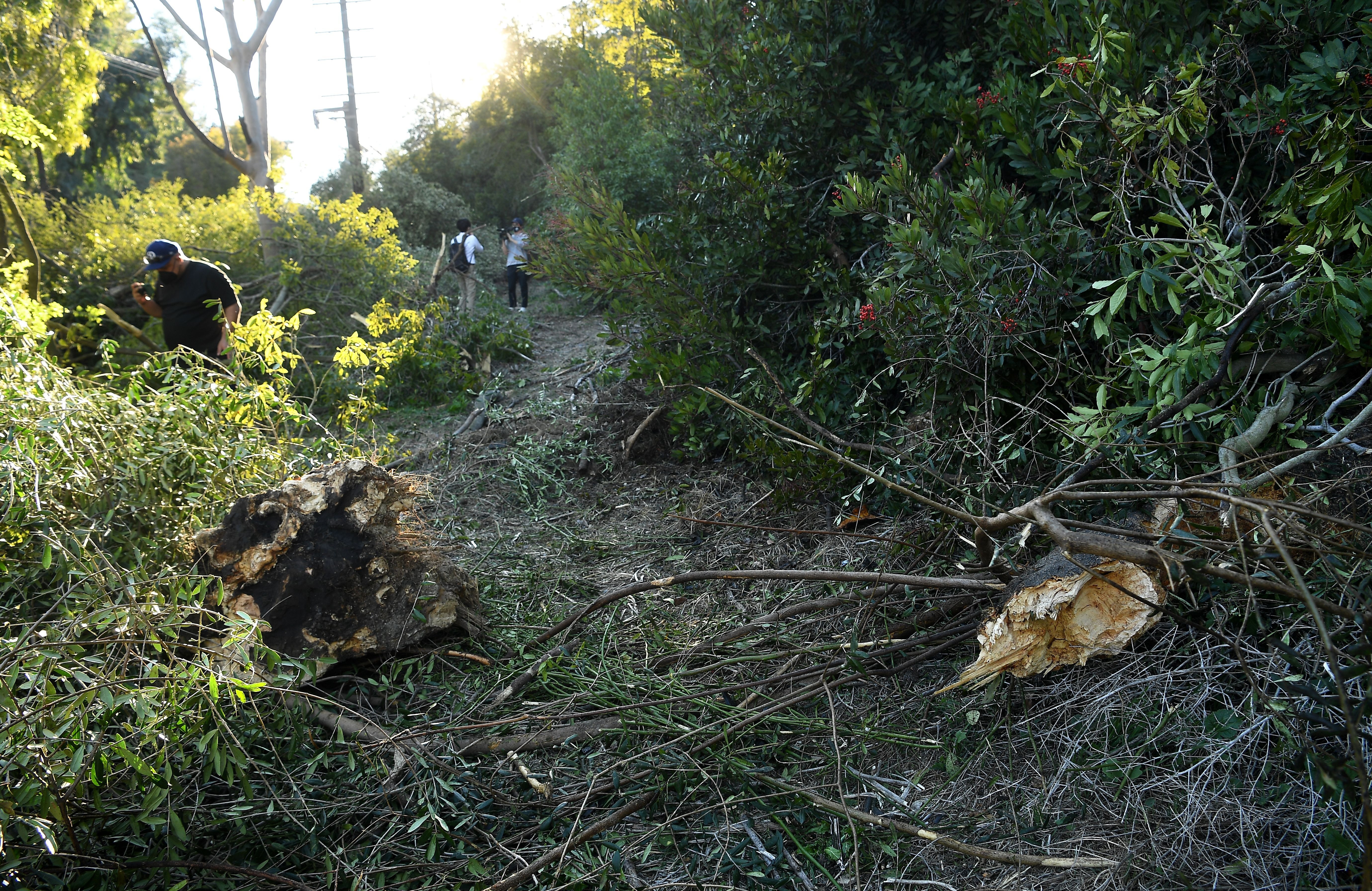 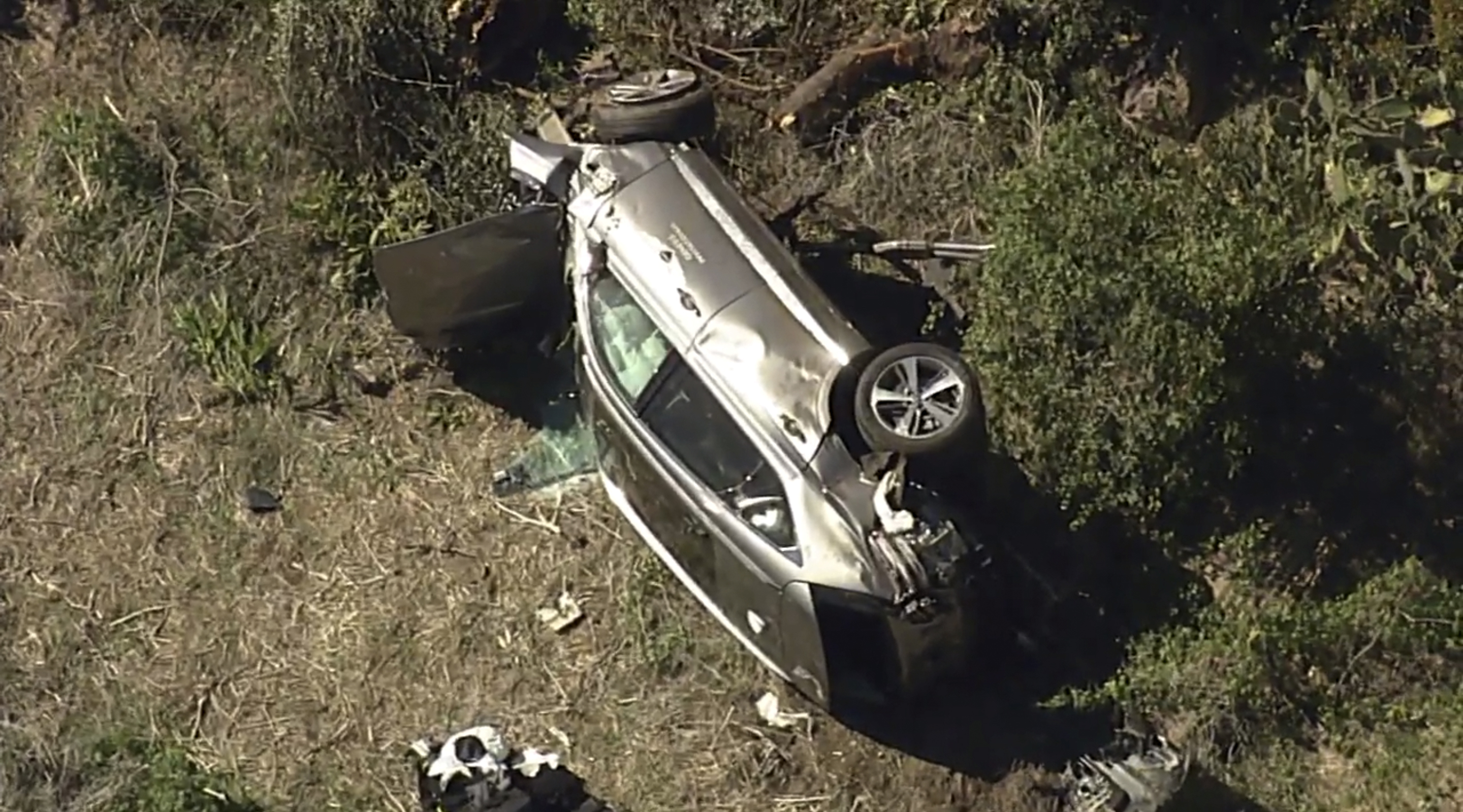 Several figures across the golfing and wider sporting world have sent their best wishes to the recovering dad of two.

PGA golfer Justin Thomas described his emotion as 'sick to my stomach' after hearing of the crash while Jon Rahm said: "I just hope he can get out of the hospital after recovery and he can still play with his kids and have a normal life."

Fred Riley, chairman of The Masters tournament that Woods spectacularly won in 2019, stated: "Tiger Woods is part of the Augusta National family, and the news of his accident is upsetting to all of us. We pray for him, for his full recovery and for his family during this difficult time."

The Genesis 4×4 driven by Woods had been loaned to him by a sponsor.

On the weekend, he had posed for selfies with actor David Spade and retired NBA star Dwyane Wade after appearing at the Genesis Invitational.

Woods had not played at the competition, which he co-hosted, while recovering from his latest back operation. 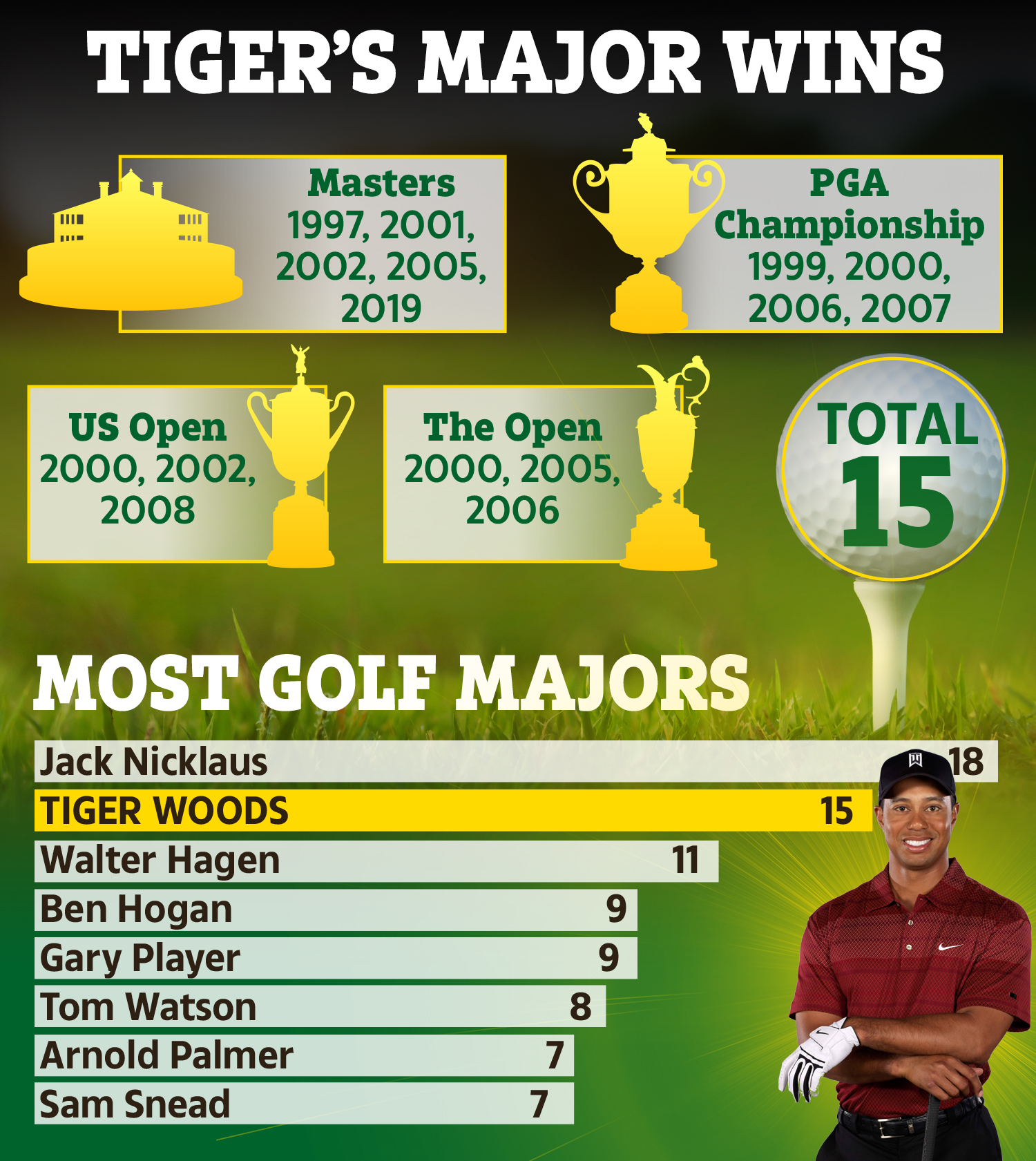 In January, he had gone under the knife to alleviate pressure on his spine for a fifth time. 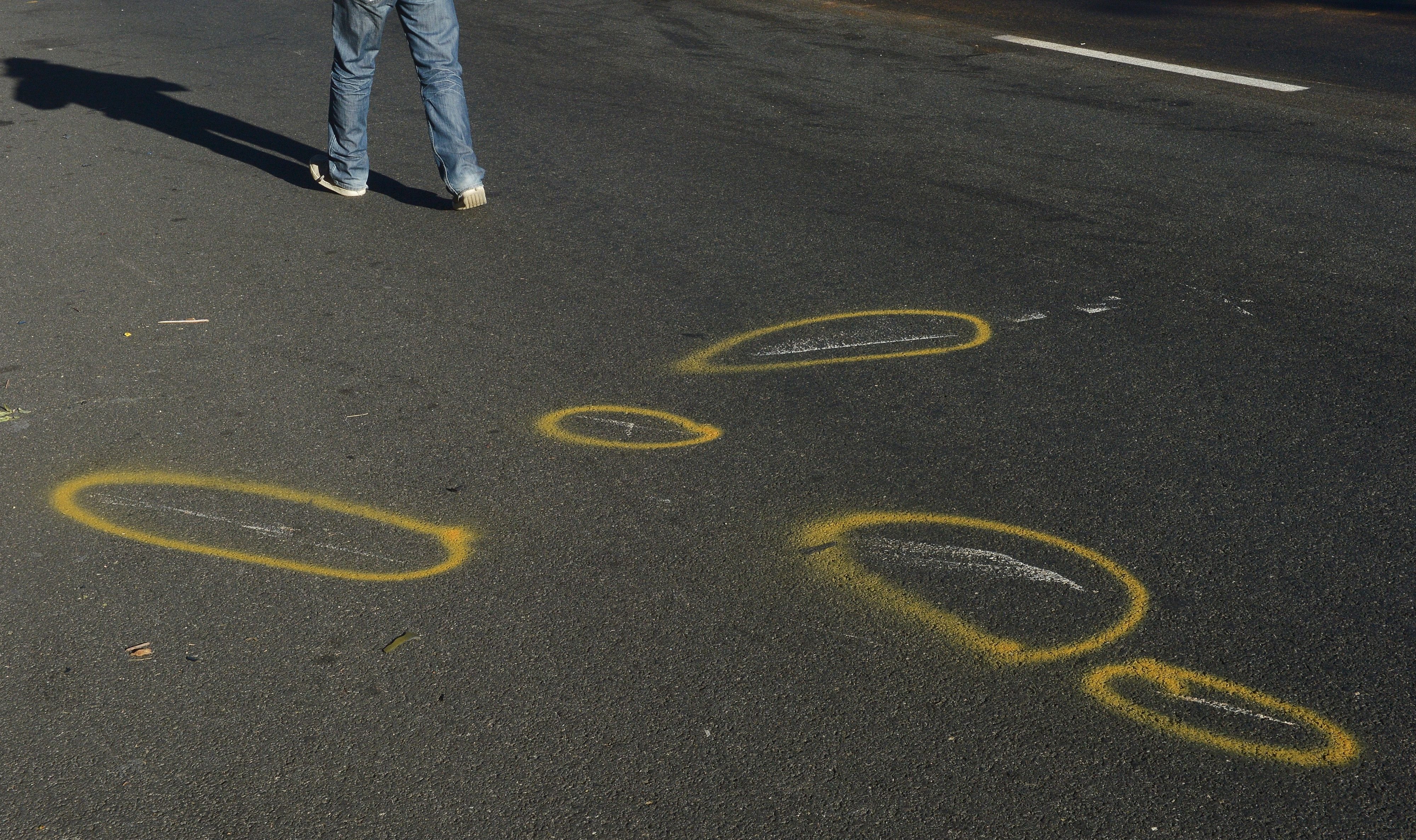 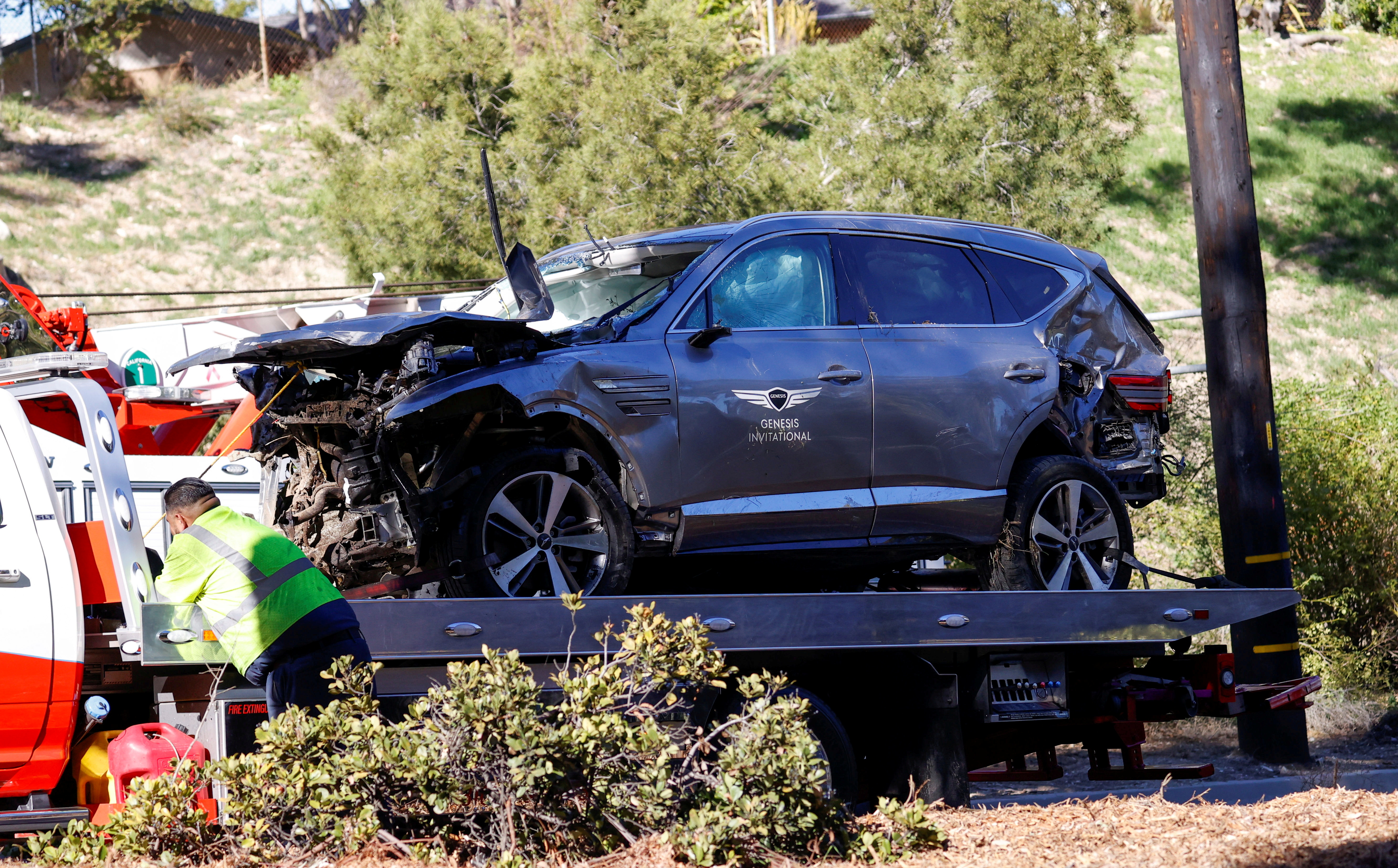 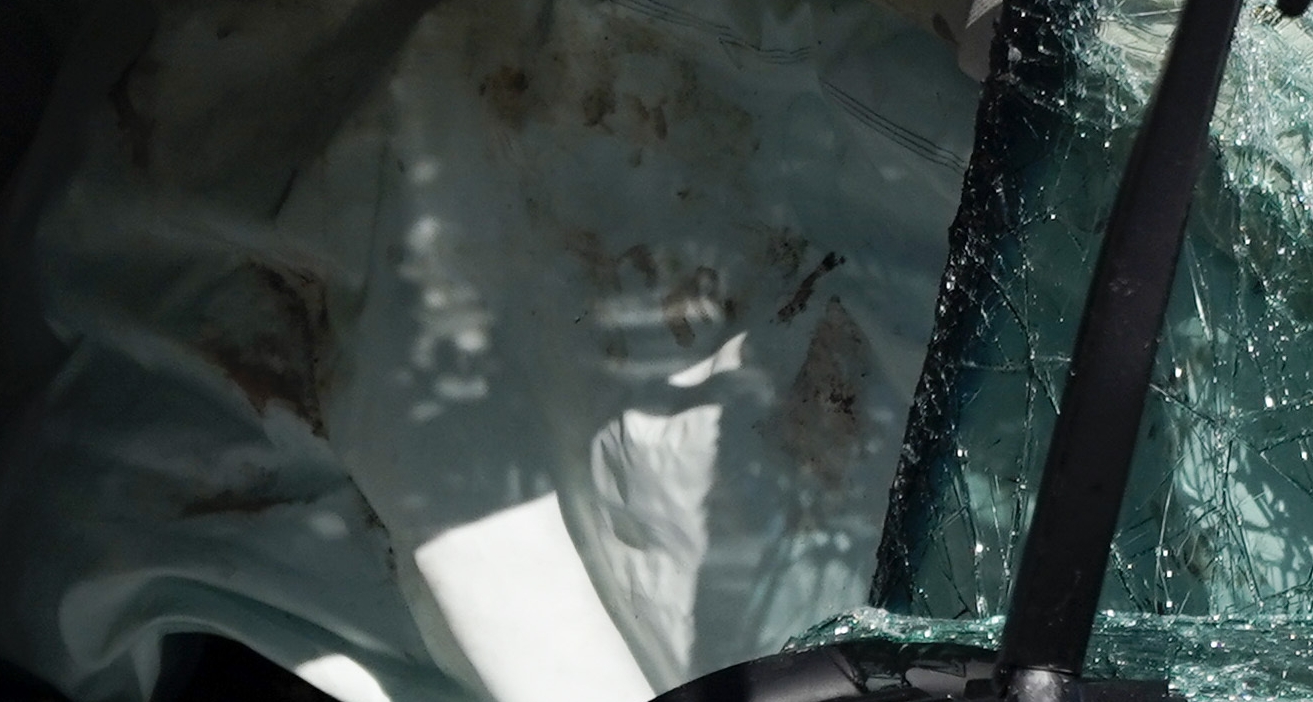 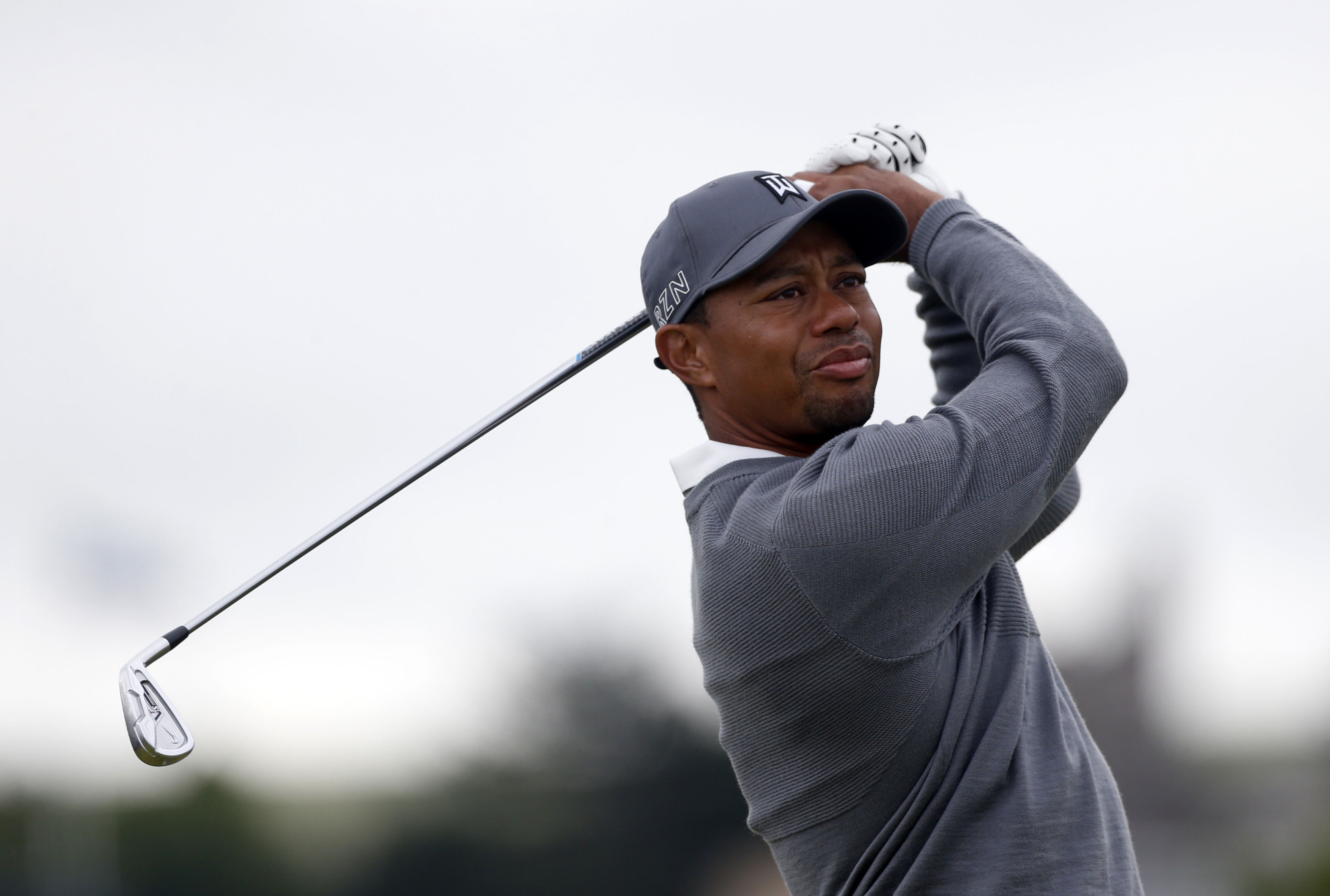 Injuries and personal life problems had dominated the legend's career for the best part of a decade, with his 2019 Masters triumph marking a heroic comeback to the course.

Los Angeles County Sheriff Alex Villanueva added that Woods was 'lucky to be alive' given the nature of the crash.

He said: “The interior was more or less intact, which gave him the cushion to survive, otherwise it would have been a fatal crash. 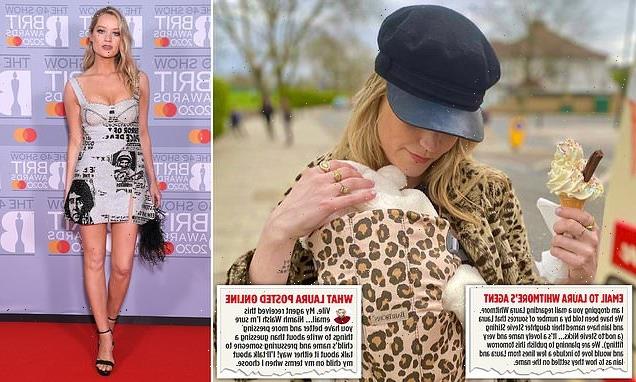