RUSSIA have been left furious by Ukraine's Euro 2020 kit that includes a map of their country including Crimea.

Ukraine unveiled their new yellow strip on Sunday ahead of the start of the tournament. 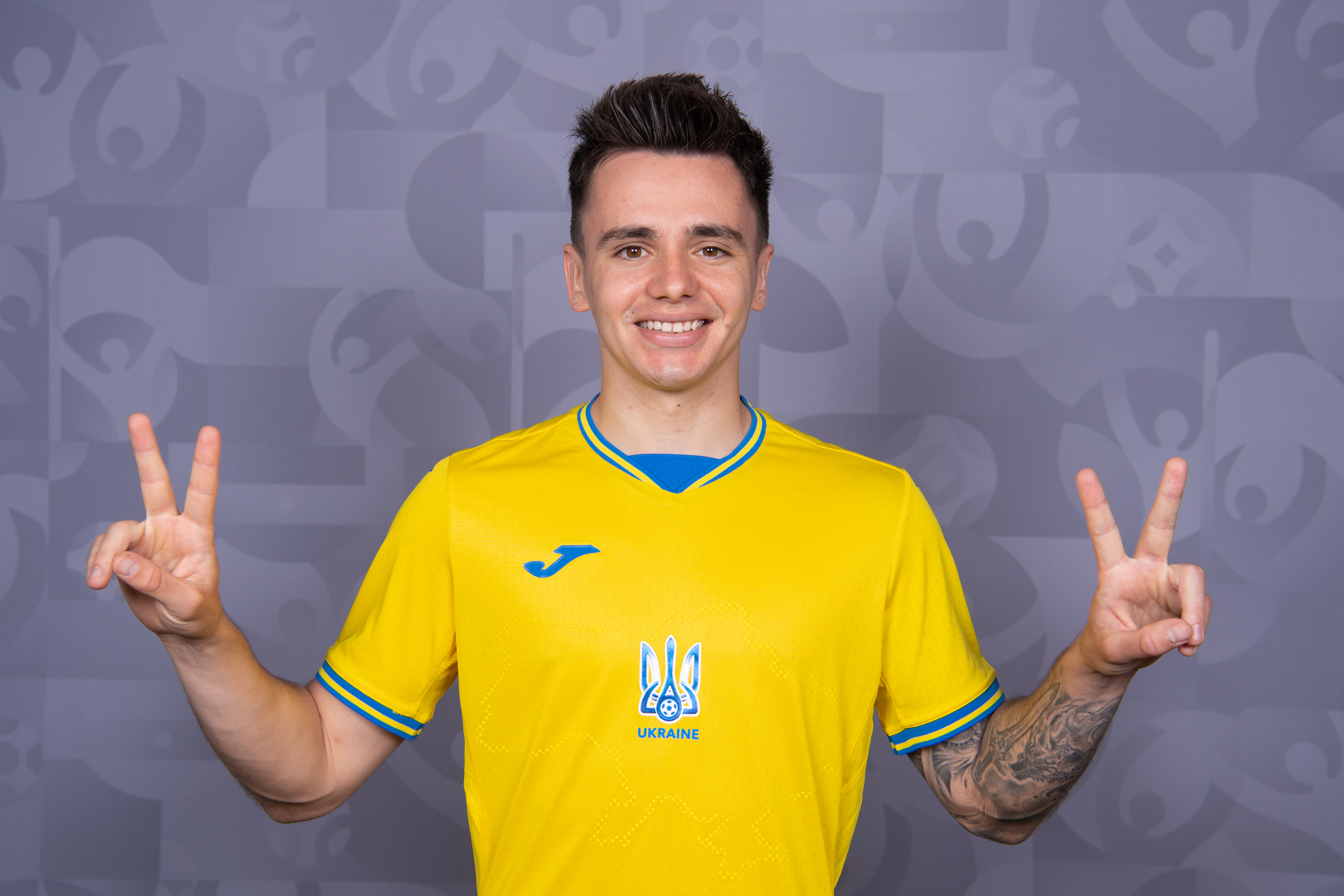 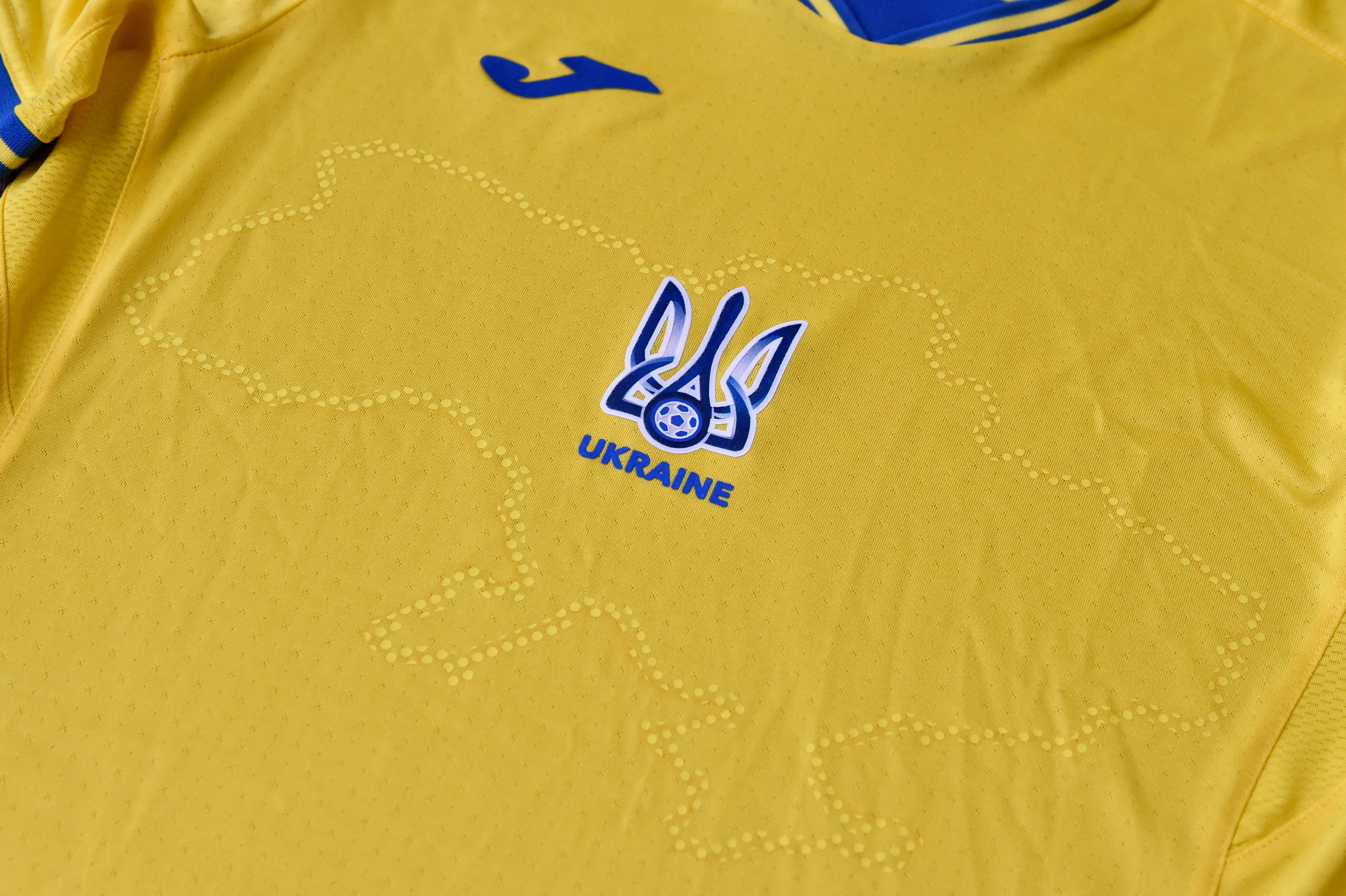 It includes a map of their nation on the front of their shirt.

Much to Russia's anger, the Crimean peninsula is included in the design.

Also on the kit are the slogans 'Glory to Ukraine!' and 'Glory to the heroes!'

The pro-Russian separatist-controlled regions of Donetsk and Lugansk also feature in the silhouette.

Russia annexed Crimea in 2014, considering the area to be part of their territory.

Though this has been rejected internationally, with the United Nations still recognising Crimea as being part of Ukraine.

Both phrases on the kit have become widely used in Ukraine in the military as well as by supporters of the 2014 revolution that forced out pro-Moscow president Viktor Yanukovych, who now lives in Russia.

According to the BBC, Uefa have approved Ukraine's shirt and the country'shead of the Football Association Andriy Pavelko lauded their design.

He wrote on his Facebook page: "We believe that the silhouette of Ukraine will give strength to the players, because they will fight for all Ukraine.

"And all Ukraine, from Sevastopol and Simferopol to Kyiv, from Donetsk and Lugansk to Uzhgorod will support them in every match." 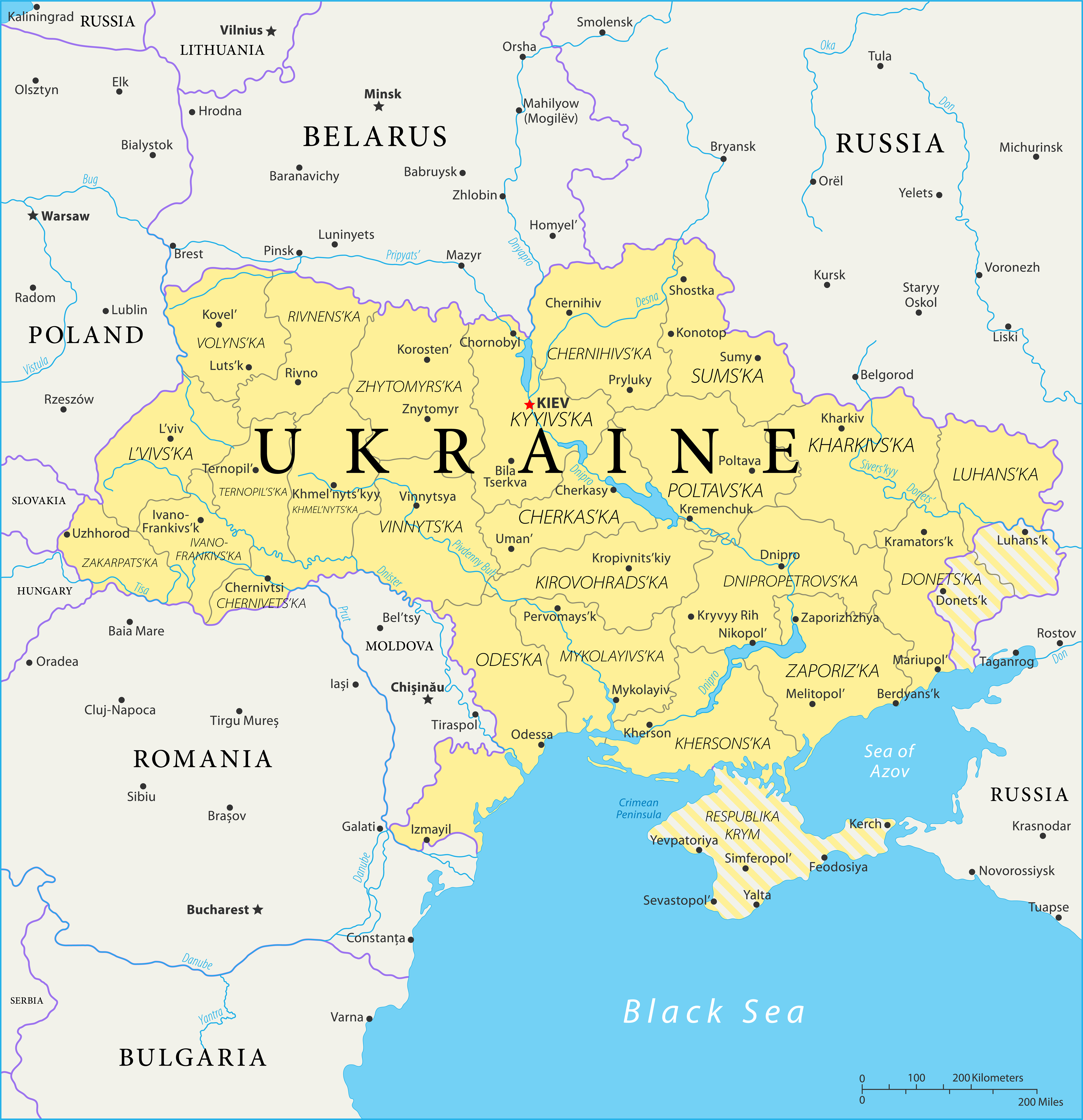 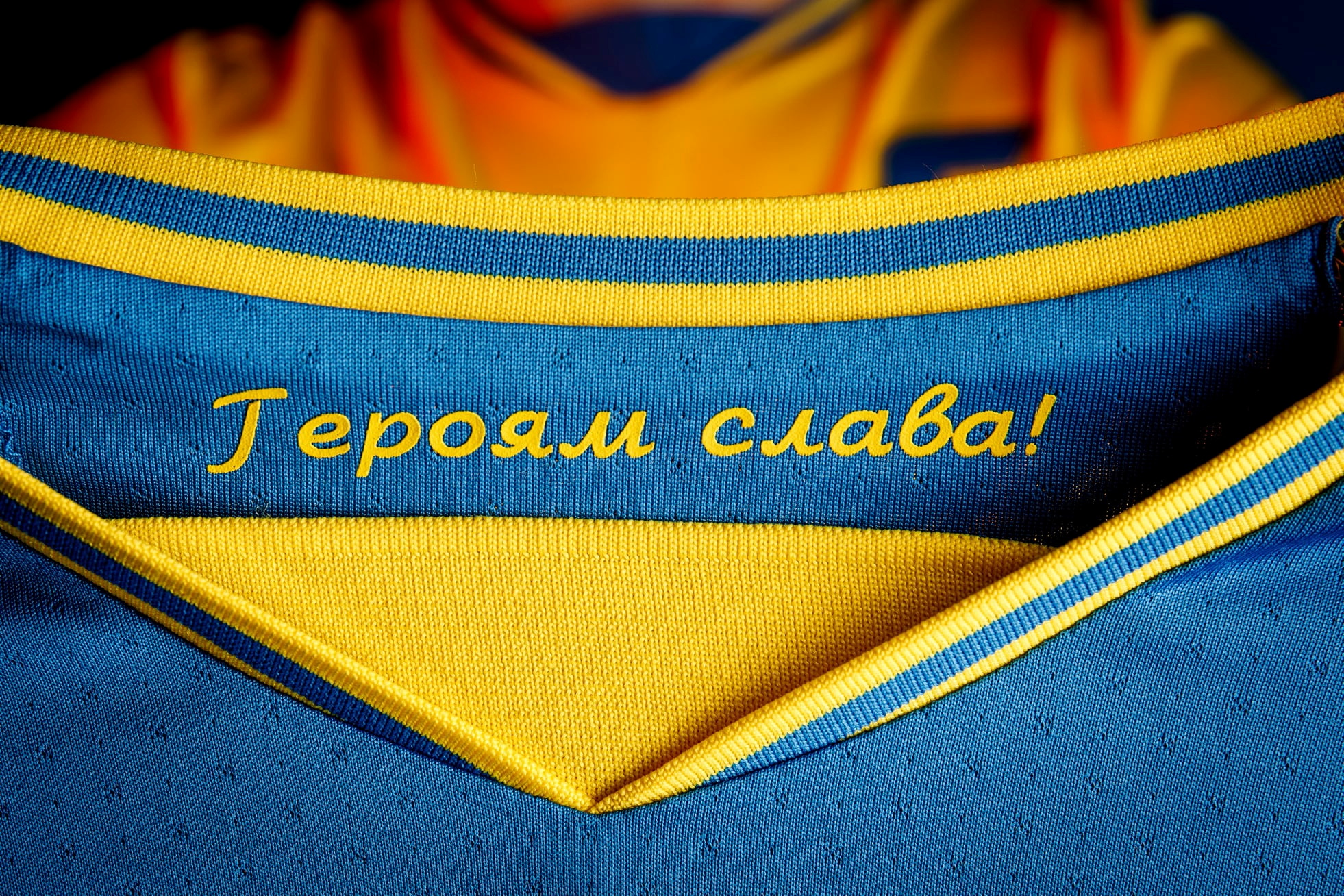 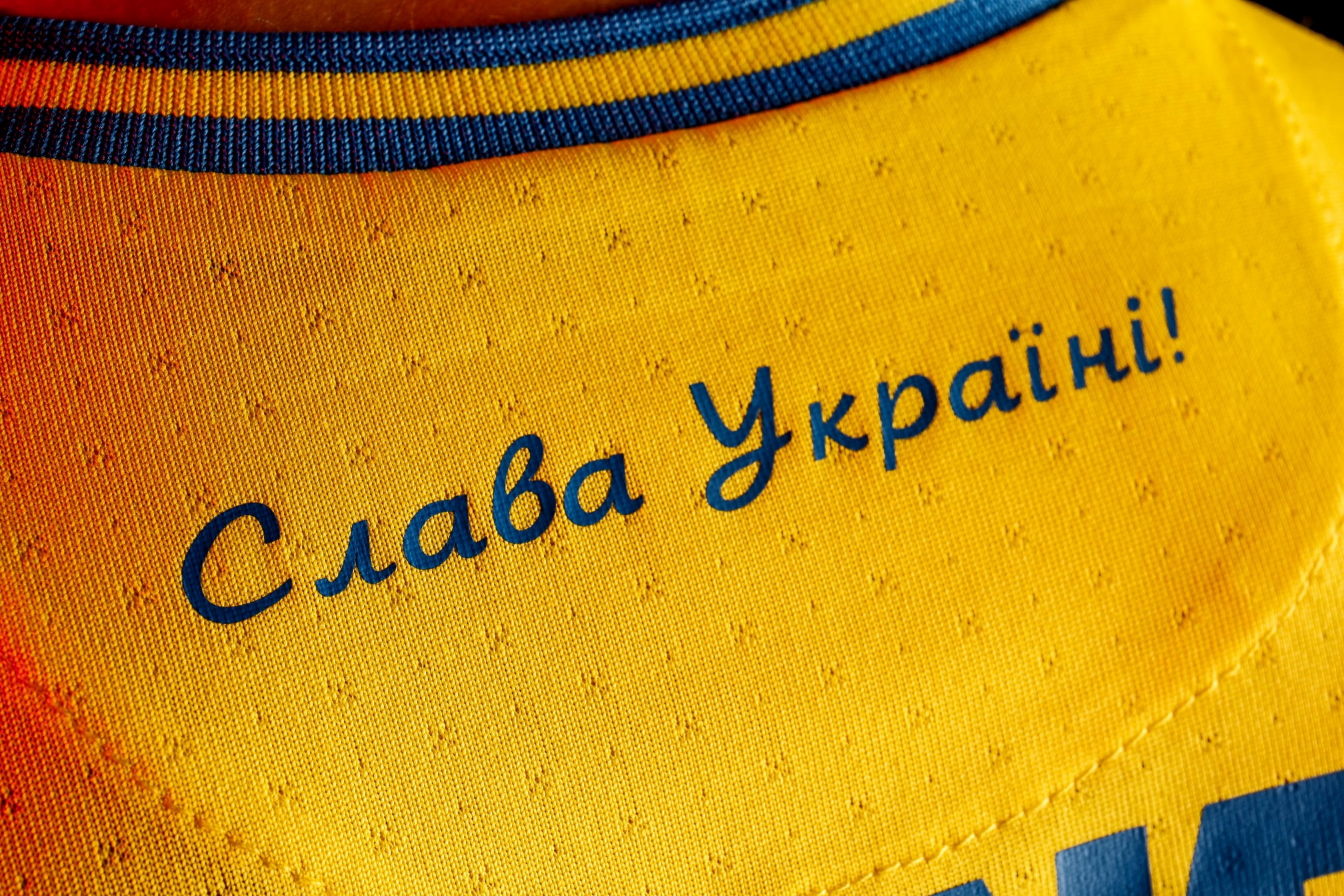 But Russian parliamentary deputy Dmitry Svishchev hit out at Ukraine's kit, saying that the design is a "a political provocation".

He then claimed that showing a map of Ukraine "which includes a Russian territory is illegal".

Relations between the two countries deteriorated sharply following the annexation of Crimea in 2014.

Things got worse after the start of a Russian-backed separatist rebellion in eastern Ukraine in 2014.