If their neighbours in red are dropping five points against two teams heading for the drop they are not going to sustain a challenge at the other end. 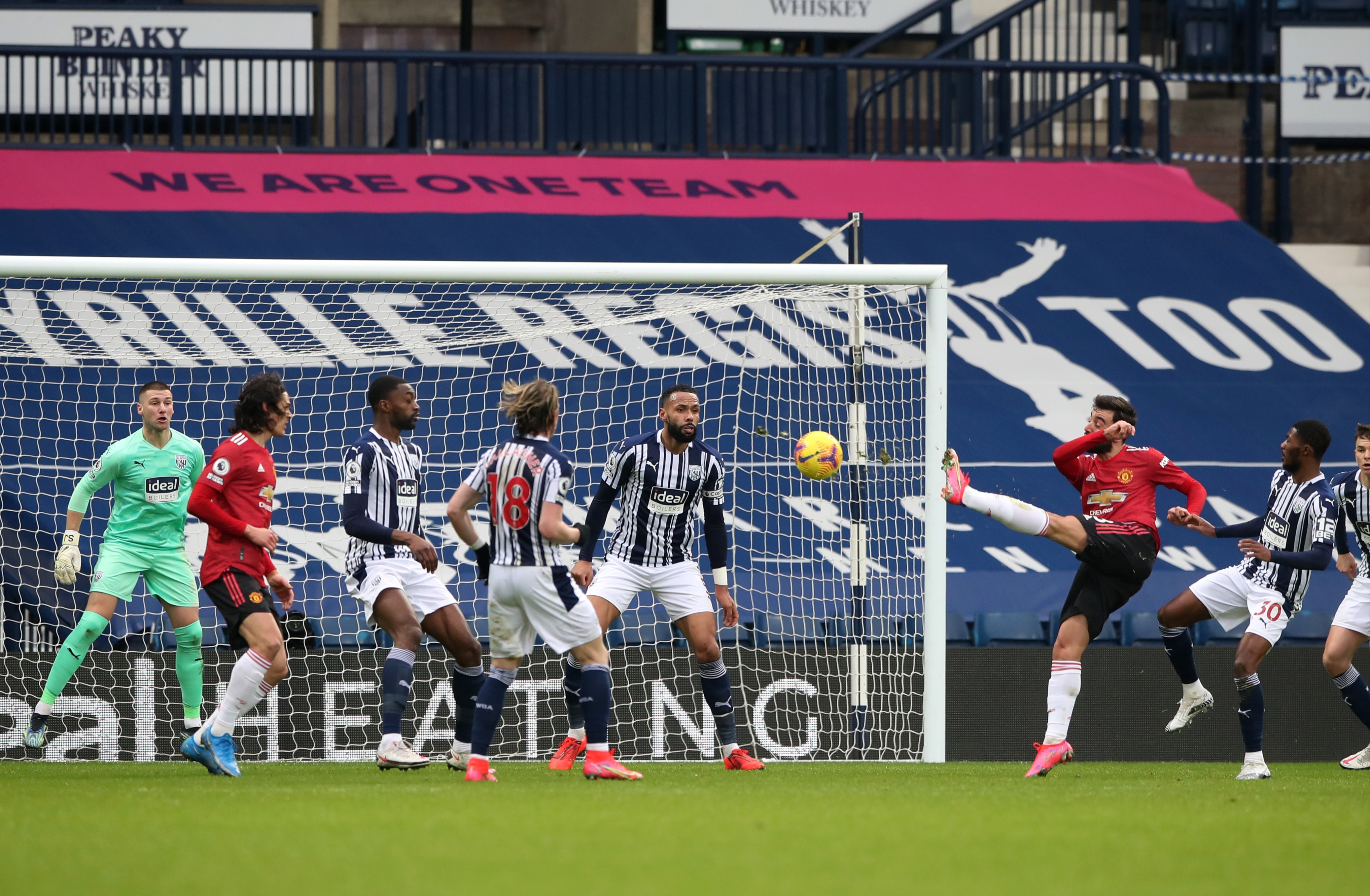 Add a lacklustre away draw to Arsenal, and collapse against Everton at Old Trafford and that’s nine gone points gone in the last five league games.

With it goes their bid to end an eight year wait for the title as they stand level with Leicester, seven points behind Manchester City having both played a game more.

For West Brom it was a creditable draw that could have been a win, they cling on to hope.

What a start it had been for them taking the lead after just 80 seconds and then bullying United for the first half hour.

Senagalese striker Mbaye Diagne signed last month from Galatasaray, and he was one of three loanees in the West rom line-up that Allardyce has brought in.

What a presence he is in the area as well giving the United back four a torrid time for most of the first half.

It was just no contest when Conor Gallagher swung over a deep cross and he challenged Victor Lindelof for it in the air. 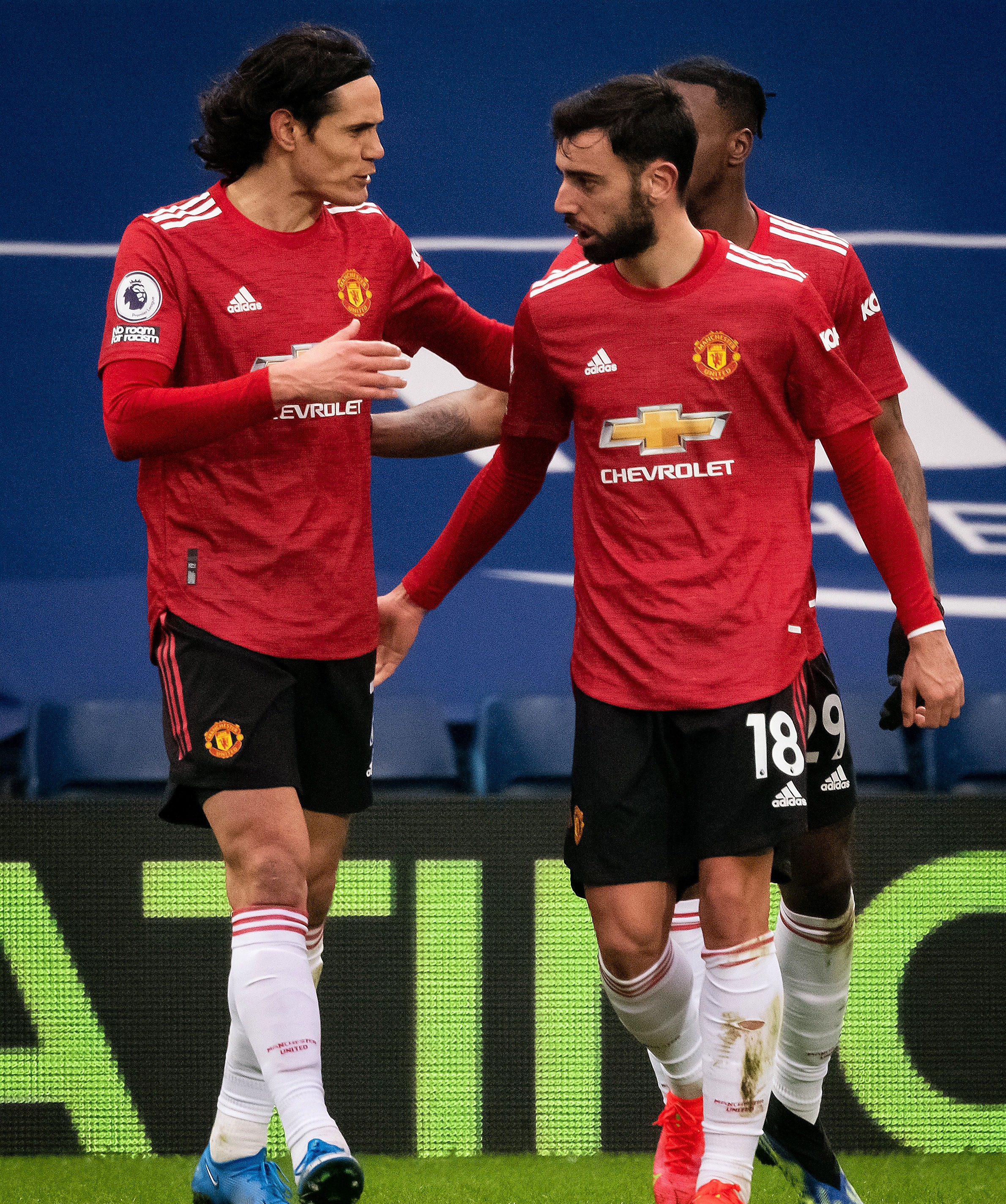 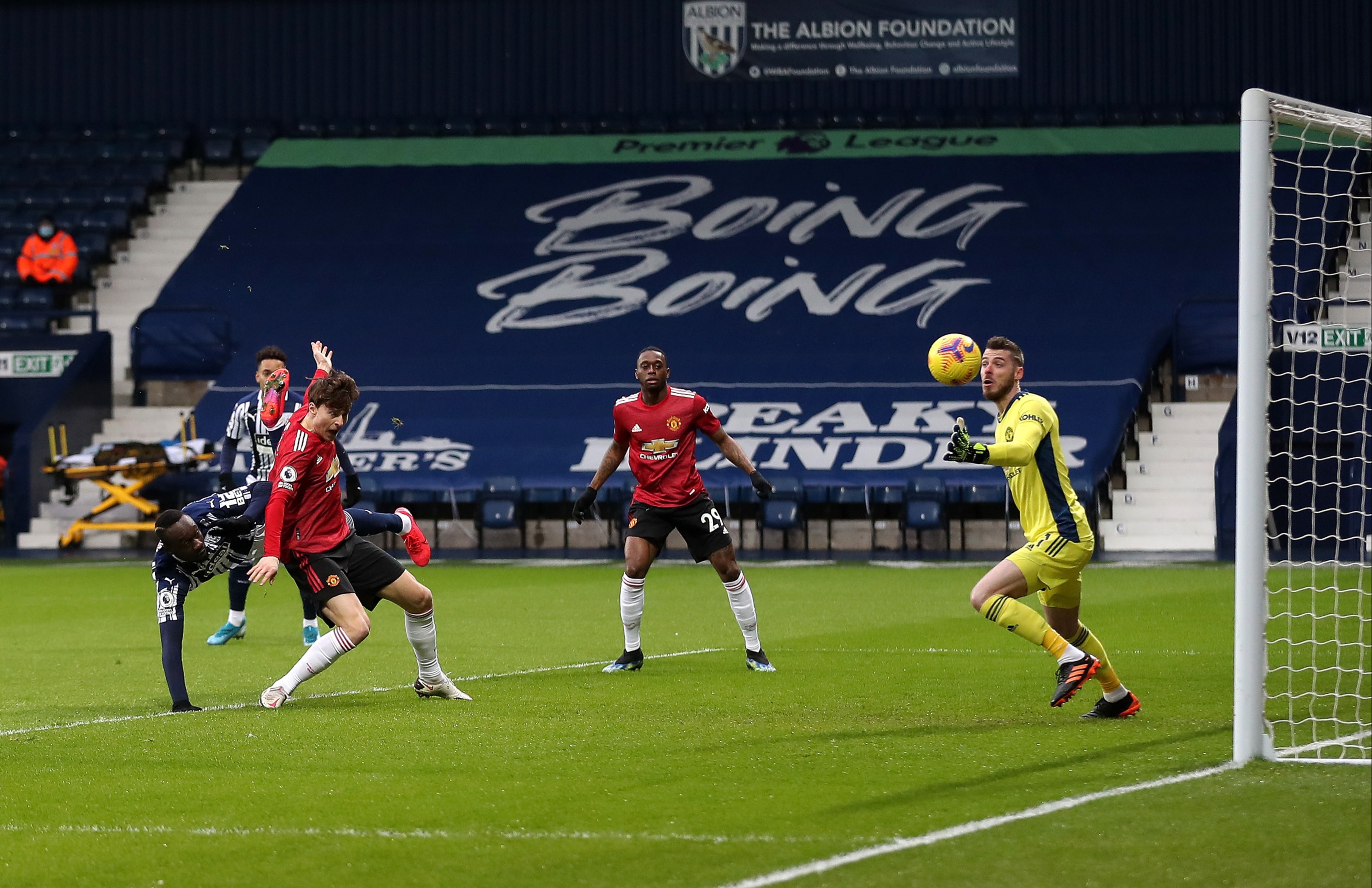 Diagne was committed and powered a header home, the flaky Lindelof did not get off the ground.

The Baggies new man almost did it again when Matheus Pereira fired in a free-kick, executing a flick header that sailed just wide of the far post.

Another Allardyce signing Robert Snodgrass was next up again with a header and while it looked like it was just too high, David De Gea was not taking any risk and helped it on it’s way.

United were looking ragged, crosses over hit, unable to find a killer pass. But when Fernandes is on the pitch something can always come from nothing.

It was a minute before the break and the in form Luke Shaw made it to the byline and chipped a cross into the middle of the box.

It was actually slightly behind Fernandes but he athletically shaped himself to hook a volley with his left foot past Sam Johnstone.

He has now been involved in 38 Premier League goals since he joined the club, 21 of them goals, 11 of which have come from open play.

For Shaw it was his fourth assist in his last three league games. 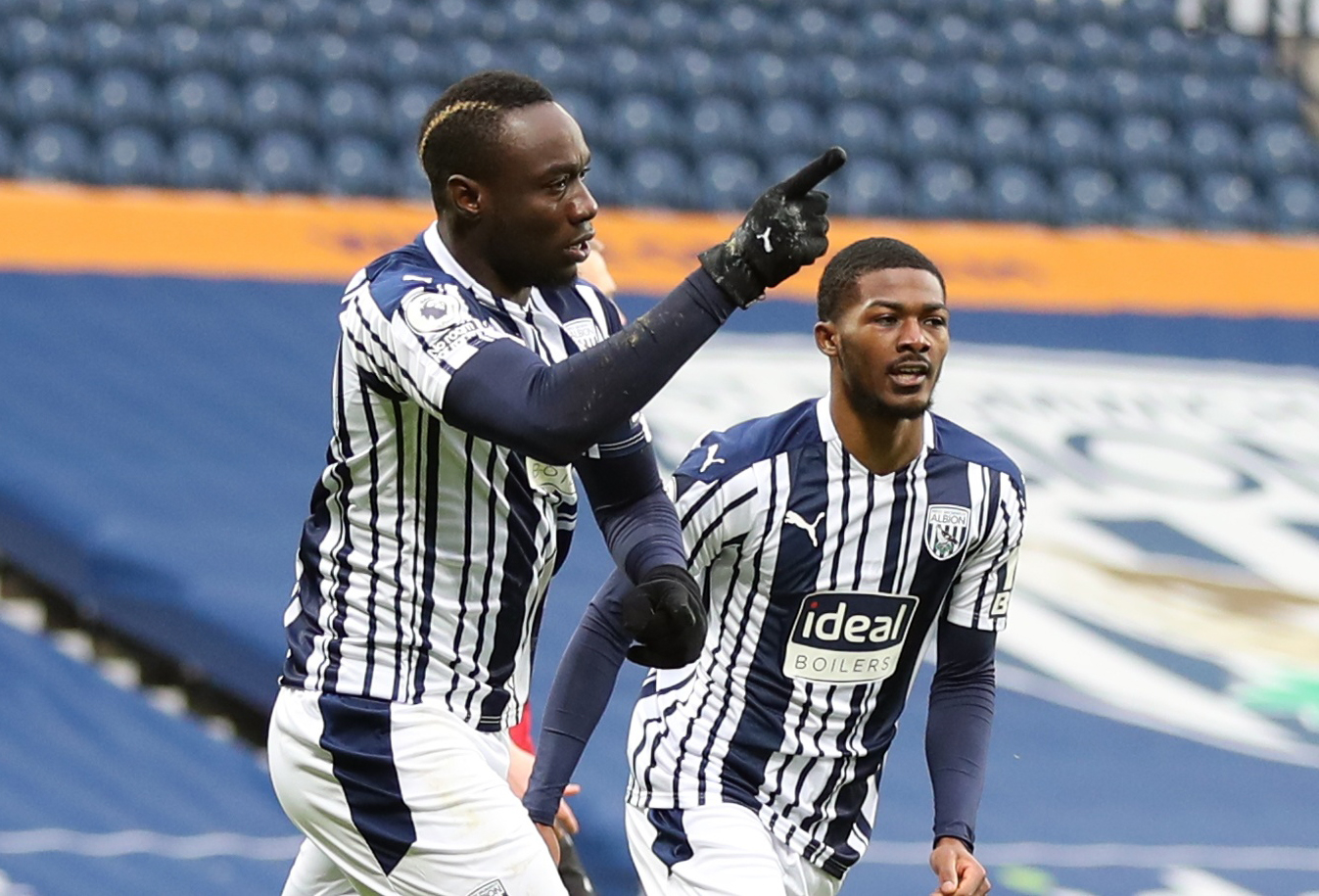 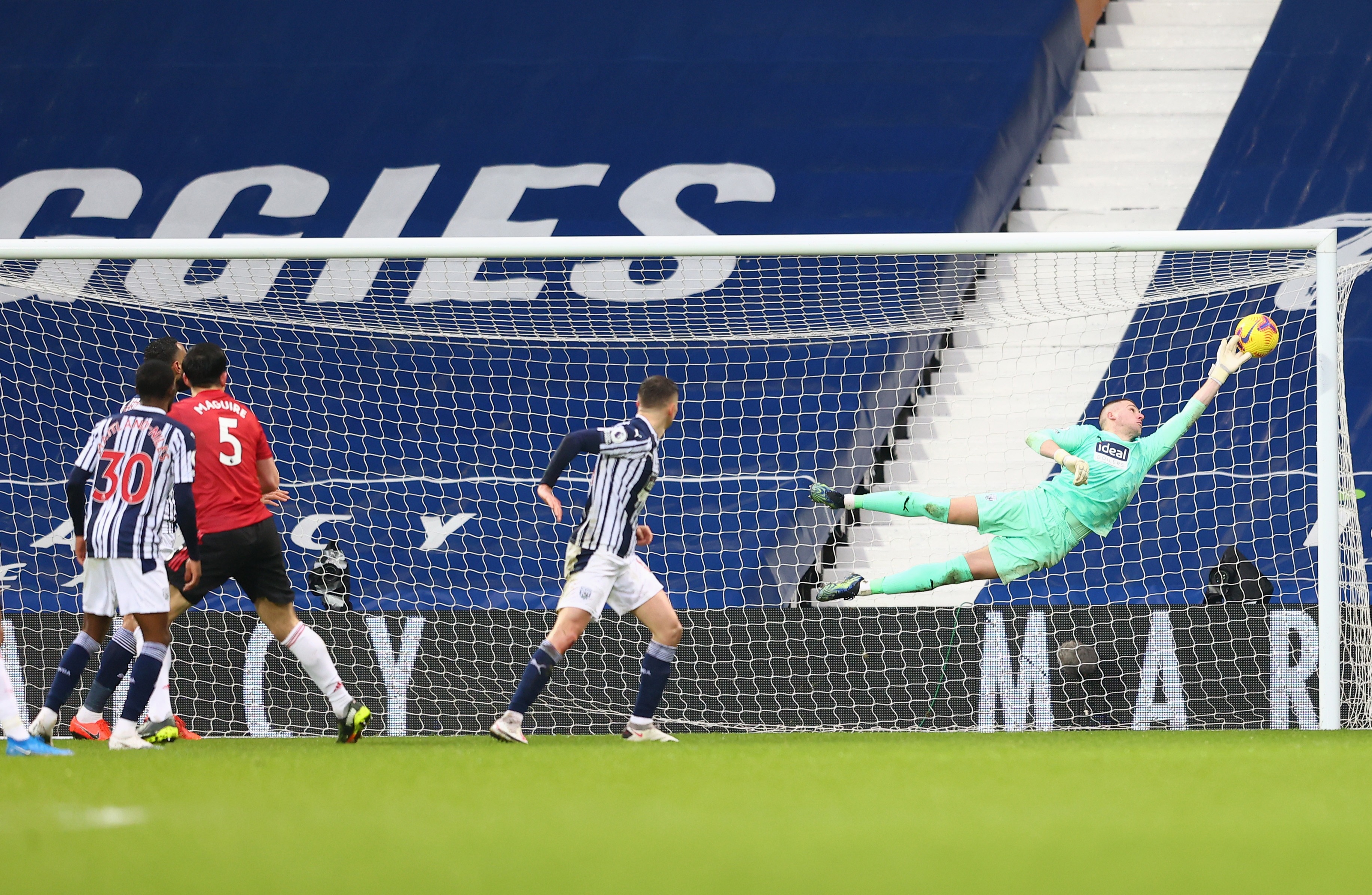 Inspired by the brilliance of the Portuguese playmaker United looked a much better side second half and were awarded a penalty on 62 minutes when captain Harry Maguire was bundled over by Semi Ajayi.

Or had he been? Or was he offside? Or did anyone know what was going on?

Eventually a look at the pitchside screen on the advice of VAR Jonathan Moss saw Craig Poswon change his mind and decide the contact had not been enough for a spot-kick to be awarded.

Undettered the visitors kept at it. Seven times they had come from behind away from home to claim victory this season and they wanted to snatch the three points again.

They were desperately close to going ahead on 70 minutes when substitute Mason Greenwood had a shot superbly stopped by the outstretched leg of Johnstone.

Scott McTominay followed up and this time Darnell Furlong cleared off the line. 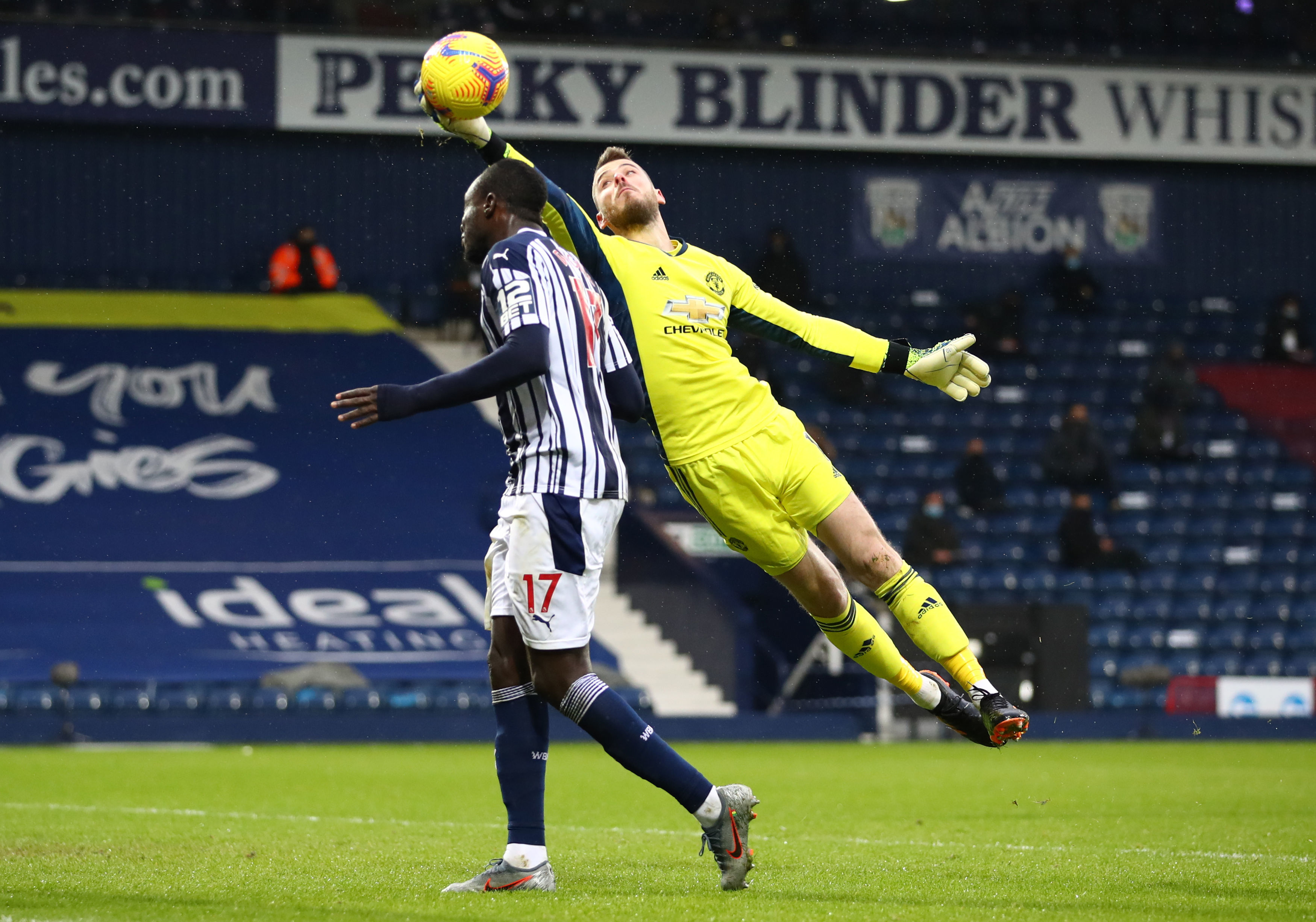 Then West Brom had a chance as Diagne muscled Maguire to one side to win the race to a long ball.

He was through, but his shot was saved by the De Gea’s outstretched leg and when the ball looped up in the air the Spaniard clawed it off the home forward’s head.

He had another chance two minutes from time when Furlong crossed but put it over from close range.

Then in the last minute of injury time Maguire met Shaw's cross with a thumping header, it looked in but the fingertip of Johnstone helped it onto the post.

Both sides desperately wanted the three points, in truth one was not enough for either of their aims.