SKY BROWN is on the verge of competing for Team GB as their youngest ever Olympian during Tokyo 2020.

The skateboarding sensation will compete in the sport's new events this year in Japan.

Though representing Team GB, Brown's mother is Japanese, so will be looking for another sense of pride in winning a medal during the delayed Games.

And all eyes will be on Brown, 13, next week as she goes for gold.

When is Sky Brown competing? 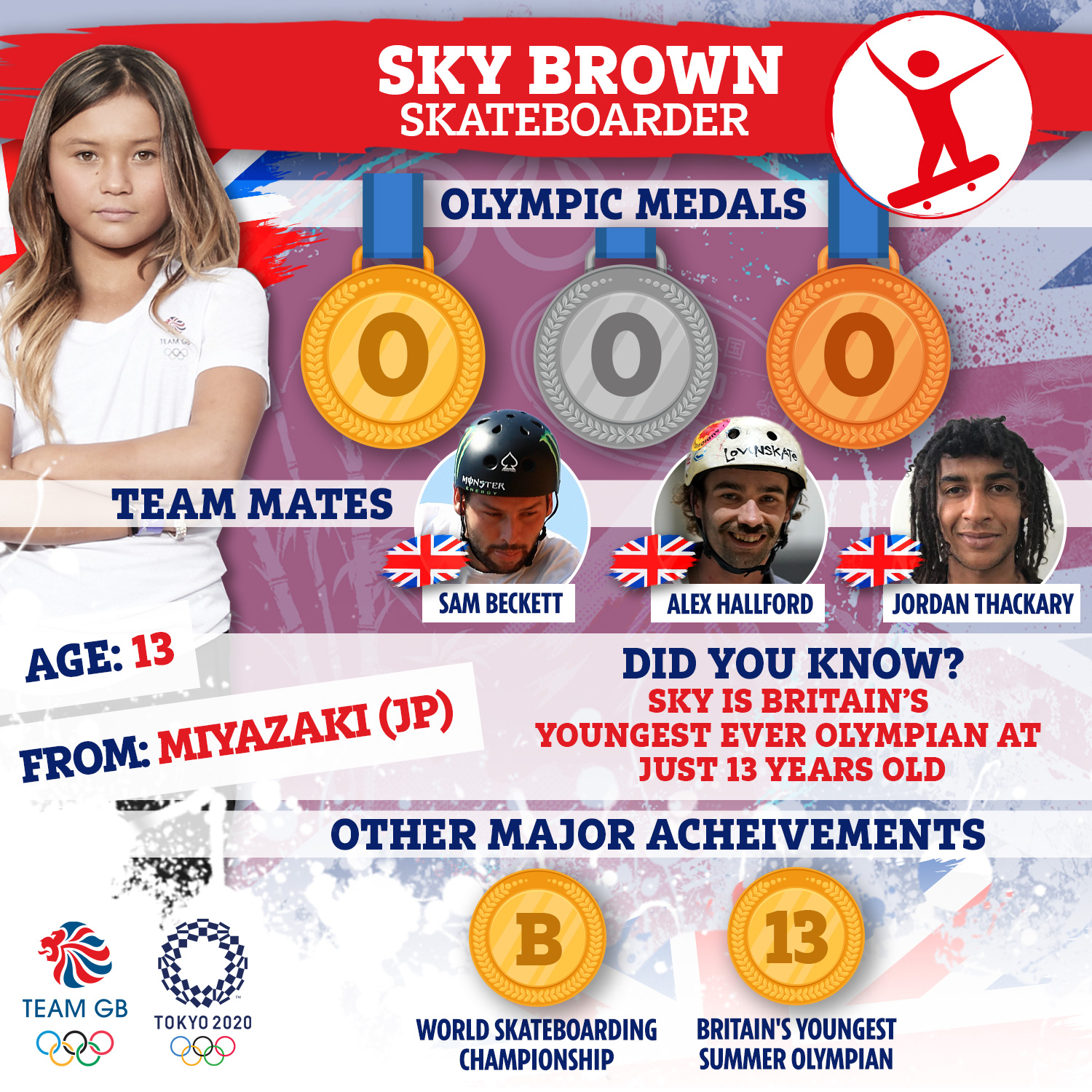 What has Sky Brown said?

“My parents thought it would be too much pressure, so we weren’t going to do it," she said.

“[Team GB said] ‘Come be on our team, there’s no pressure, just get out there and have fun’.

“That made my parents feel a little better. But I begged and begged…

“My parents didn’t want me to skate for so long. But I just felt like I couldn’t stop skateboarding.

“I just told them I need to skate. It’s one of my favourite things to do.

“You only get one life and you’ve got to enjoy it.”