The serious lower leg injuries Tiger Woods sustained in a car crash on Tuesday typically lead to a long and perilous recovery, calling into question his ability to play professional golf again, according to medical experts who have treated similar injuries.

Athletes with severe leg injuries thought to doom their careers have managed to come back — the quarterback Alex Smith returned to playing football last season after a gruesome leg break, and the golfer Ben Hogan returned decades ago after a car accident.

But Woods’s injuries are more extensive, and his path to recovery is strewn with serious obstacles. Infections, inadequate bone healing and, in Woods’s case, previous injuries and chronic back problems may make a months long or even years long recovery even more difficult, and may reduce the chances that he will play again.

In the accident near Los Angeles, Woods’s lower right leg was smashed and his right foot severely injured, and his leg muscles swelled so much that surgeons had to cut open the tissue covering them to relieve pressure, Dr. Anish Mahajan, the chief medical officer at Harbor-U.C.L.A. Medical Center, where Woods, 45, was treated, wrote in a Twitter message posted on Woods’s account.

Doctors also inserted a rod into Woods’s shin bone, and screws and pins into his foot and ankle. Physicians familiar with these the kinds of injuries described the complications they typically bring.

The injuries are frequently seen among drivers involved in car accidents, said Dr. R. Malcolm Smith, chief of the orthopedic trauma unit at Massachusetts General Hospital in Boston. Usually they occur when the driver frantically stomps on the brake as a car careens out of control.

When the front end of the car is smashed, immense force is transmitted to the driver’s right leg and foot. “This happens every day with car crashes in this country,” Dr. Smith said.

Such lower-leg fractures on occasion bring “massive disability” and other grave consequences, said Dr. Smith. “A very rough estimate is that there is a 70 percent chance of it healing completely,” he added.

The crash caused a cascade of injuries. It smashed Woods’s shin bones, with primary breaks in the top and bottom parts of the bones and a scattering of bone fragments. When the bones in Woods’s shin shattered, they damaged muscles and tendons; pieces poked from his skin.

The trauma caused bleeding and swelling in his leg, threatening his muscles. Surgeons had to quickly cut into the layer of thick tissue covering his leg muscles to relieve the swelling. Had they not, the tissue that covers swelling muscle would have acted like a tourniquet, constricting blood flow. The muscle can die within four to six hours.

It is possible that some muscle died anyway, between the accident and the surgery, Dr. Smith said: “Once you lose it, you cannot get it back.”

Patients who have this procedure must remain in the hospital until the muscle swelling goes down. That can take a week or more. Sometimes, even after several weeks the swelling has not receded enough to close the wound, so surgeons have to graft skin over the opening.

Dr. Kyle Eberlin, a reconstructive surgeon at Massachusetts General Hospital, said that to close the holes where bones poke out of skin, doctors often must transplant skin from the thigh or back, a procedure called a free flap. They cut pieces of skin as large as a football and, using a microscope, carefully reconnect tiny blood vessels — about a millimeter in diameter — from the skin transplant to the blood vessels near the wounds.

Infection is a risk with fractures that break through the skin and following surgery to insert rods and pins into bones, with amputation in the worst cases, Dr. Smith said. The likelihood of infection depends on the degree of contamination and the size of the wound.

In car accidents, gravel and sometimes dirt can get into wounds, increasing the odds of infection, Dr. Eberlin said.

And opening the covering of muscles can raise the risk of infection, said Dr. Reza Firoozabadi, an orthopedic trauma surgeon at Harborview Medical Center in Seattle.

At major trauma centers like Massachusetts General or U.C.L.A., the free flap procedures are performed within 48 hours. But it is more typical to operate within a week of the injury, Dr. Eberlin said. 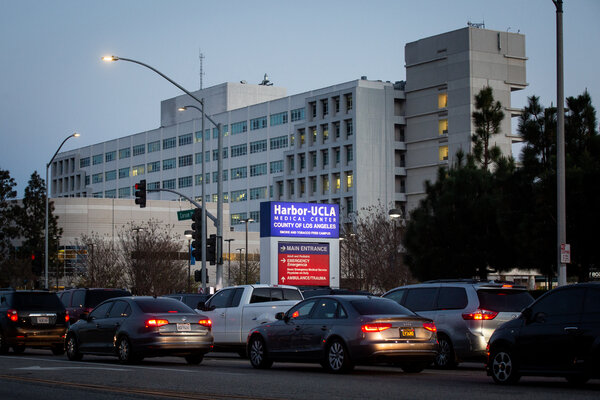 Rehabilitation will be long and onerous. If Woods required a free flap — which, trauma surgeons said, seems likely — “it will be months and months before he can bear weight on his leg again,” Dr. Eberlin said.

Woods also risks fractures that do not heal or that grow together only very slowly, Dr. Firoozabadi said. “To get things to heal, you need good blood flow,” he said. “With an injury like this, blood flow is disrupted.”

As a result, he said, it may take five to 14 months for Woods’s lower leg bones to grow together, assuming they do so at all.

The biggest hurdle will be his foot and ankle injuries, Dr. Firoozabadi and others said. Regaining range of motion and strength can take three months to a year. Depending on the extent of those injuries, even after rehabilitation Woods may barely be able to walk.

His rehabilitation may be complicated by back surgery in December. Woods also has gone to rehabilitation for an addiction to painkillers; pain management during his recovery now may be difficult.

Still, a few athletes have come back from grave injuries. Smith, the Washington Football Team quarterback, had a similar injury to his leg and returned to play in October. But it took two years and 17 surgeries, and along the way he developed an infection of the wounds and sepsis, a life-threatening condition. And Smith did not have injuries to his foot and ankle.

Golfer Ben Hogan broke his collarbone, pelvis, left ankle and a rib. The injuries were serious but not comparable to Woods’ injuries.

With his foot and ankle injuries and the serious injuries to his leg, Woods “may never play golf again,” Dr. Smith said.