England captain Leah Williamson and star forward Beth Mead are reportedly expected to be honoured by the Queen if the Lionesses go all the way at Euro 2022.

The hosts qualified for the first Euros final since 2009 on Wednesday night, with Mead among the scorers as England demolished Sweden 4-0 at Bramall Lane.

The forward is the top scorer at Euro 2022 after taking her tournament tally to six with the opener against the Swedes, also matching the record for most goals in an single women’s Euros set by former Germany striker Inka Grings in the process.

And The Telegraph claim Mead and her Arsenal team-mate Williamson are expected to be awarded an MBE, OBE or CBE if the Lionesses beat whoever out of Germany or France reaches Sunday’s final at Wembley.

The report adds England’s first major trophy in football since the 1966 World Cup would be seen by honours system chiefs as being level with England winning a Rugby or Cricket World Cup.

Williamson would be regarded in the same manner as 50-over World Cup-winning cricket captains Eoin Morgan and Heather Knight, with the men and women’s skippers going on to be honoured with an CBE and OBE respectively.

Meanwhile, Mead could add a similar honour in addition to the Golden Boot she is in line to win ahead of the final.

England’s Dutch coach Sarina Wiegman would also be up for such an award but she is ineligible for one due to her nationality. 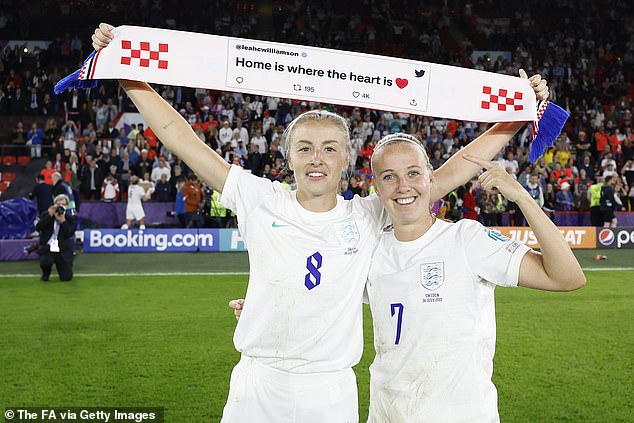 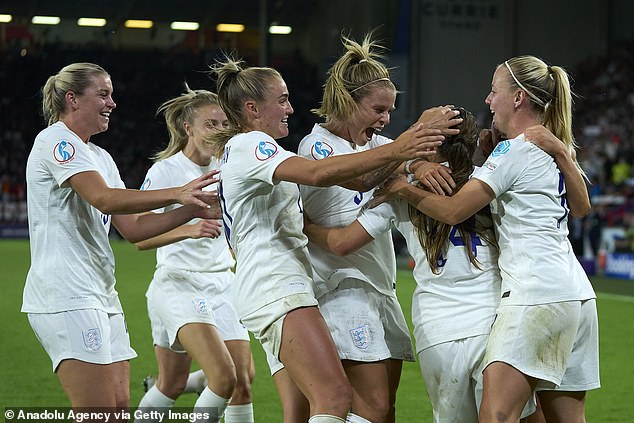 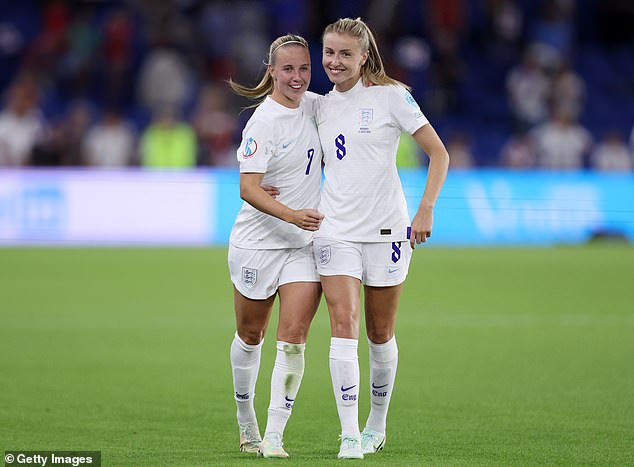 And The Telegraph claim the Arsenal pair are expected to be awarded an MBE, OBE or CBE if they win on Sunday

But the report she could yet receive an honorary gong if both the 52-year-old and Holland agree on her accepting it.

However, even this award would be complicated because Holland has its own honours system, from which she has already received an award.

Following her Holland side’s victory at Euro 2017, she was made a Knight of the Order of Orange-Nassau, a civil and military Dutch order of chivalry.

The report also claims outstanding performances from other members of Wiegman’s squad could see them receive similar gongs, for example if they were to emulate Sir Geoff Hurst’s hat-trick in the 1966 final. 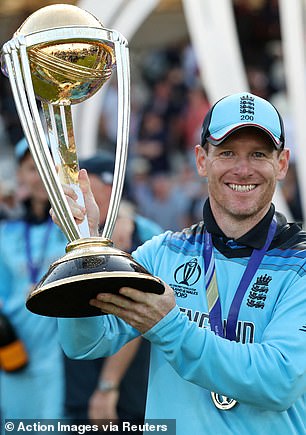 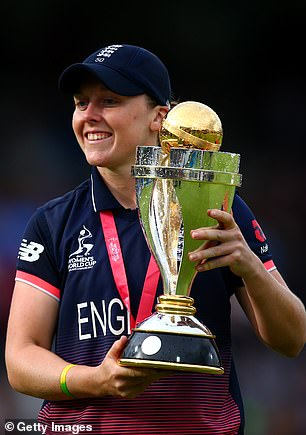 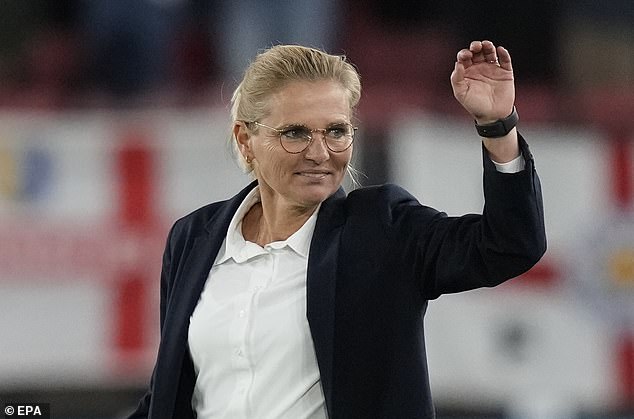 However, any such player is unlikely to have wait the 32 years former West Ham striker Hurst was forced to stay patient before being knighted.

Mead’s comments about being ‘super proud to be English’ after their victory in Sheffield would have done her chances of an award no harm.

Speaking in her post-match press conference, a gleeful Mead insisted she believed England were going to reach their first Euros final since 2009 when Russo netted an audacious backheel.

‘When the third goal went in, you starting believing obviously,’ Mead said. ‘The game becomes blurry when there is that much excitement and that many emotions.

‘What an incredible night and incredible atmosphere from the fans. I am super proud to be English and part of this team right now.’ 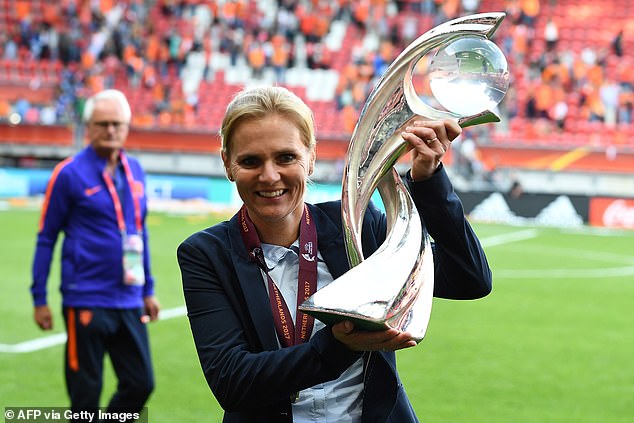 ‘They’re singing, music is on, some dancing. We’ll celebrate now a little bit. But as we said before this tournament, we have a dream. We have come very far now and we want to go all the way.

‘In the second half we played so well. I thought in the first half we struggled a little bit. We didn’t start that well, they got a big chance in the first minute. We were struggling a bit with the way they played defensively. We did better and better and the player found solutions.

‘The second half we had total control of the game and got some more space. This will be watched all over Europe and all over the world. It was such a good performance. I think they have shown a couple of times they are very resilient.

‘The players found a way within the game. I’m so, so incredibly proud of them. We want to make a difference, we hope that we got everyone, the whole country is proud of us and that more girls and boys will start playing football.’