WRESTLER Hannibal left a referee needing his skull stapled after brutally attacking him with a spike.

The YouTube wrestler, real name Devon Nicholson, has over 300,000 subscribers on the platform. 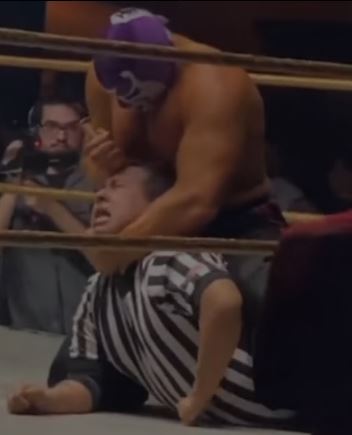 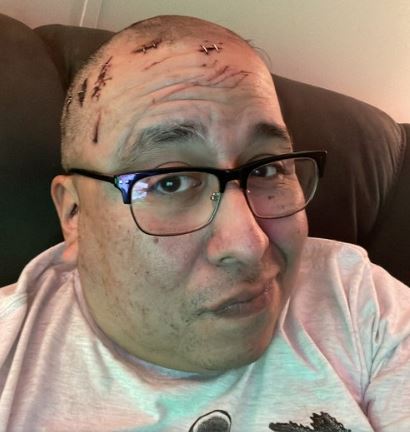 He recently took on Carlito – winning the bout before turning on the official.

Footage shows Hannibal taking out what appears to be a SPIKE, shoving it into the ref's head.

Left in a pool of blood in the ring at the World Class Pro Wrestling event in Irving, Texas, Deltoro was eventually taken to hospital to have his skull stapled.

"Still a bit fuzzy and pain, yes lots of pain. But I'll live. Thanks you all for the outpouring of love and support."

He said: "World Class moving forward will not be associated with Devon Nicholson. I cannot and will not condone what happened last night."

In a video response on Monday, Nicholson claimed that he didn't realise that Deltoro was 'legitimately hurt'.

He said: "What happened, this referee was supposed to bleed from razor blade cuts. I assume he actually cut himself with the razor blades.

"If he had told me he was getting hurt, I would have stopped.

"He knows that I didn't mean to hurt him."

A GoFundMe page has been set up in support of Deltoro.

New Japan Pro-Wrestling's Will Ospreay tweeted: "I hate cancel culture more than anyone. But when another persons life is in danger there should be no question.

"The business is about trust & at times can be the Wild West but once that trust is abused it can not be repaired.

While wrestling writer David Bixenspan added: "Just watched the Hannibal response video and I'm missing how the hell he thinks he ended up stabbing the referee all over his scalp if he was just working and/or carefully trying to get colour."