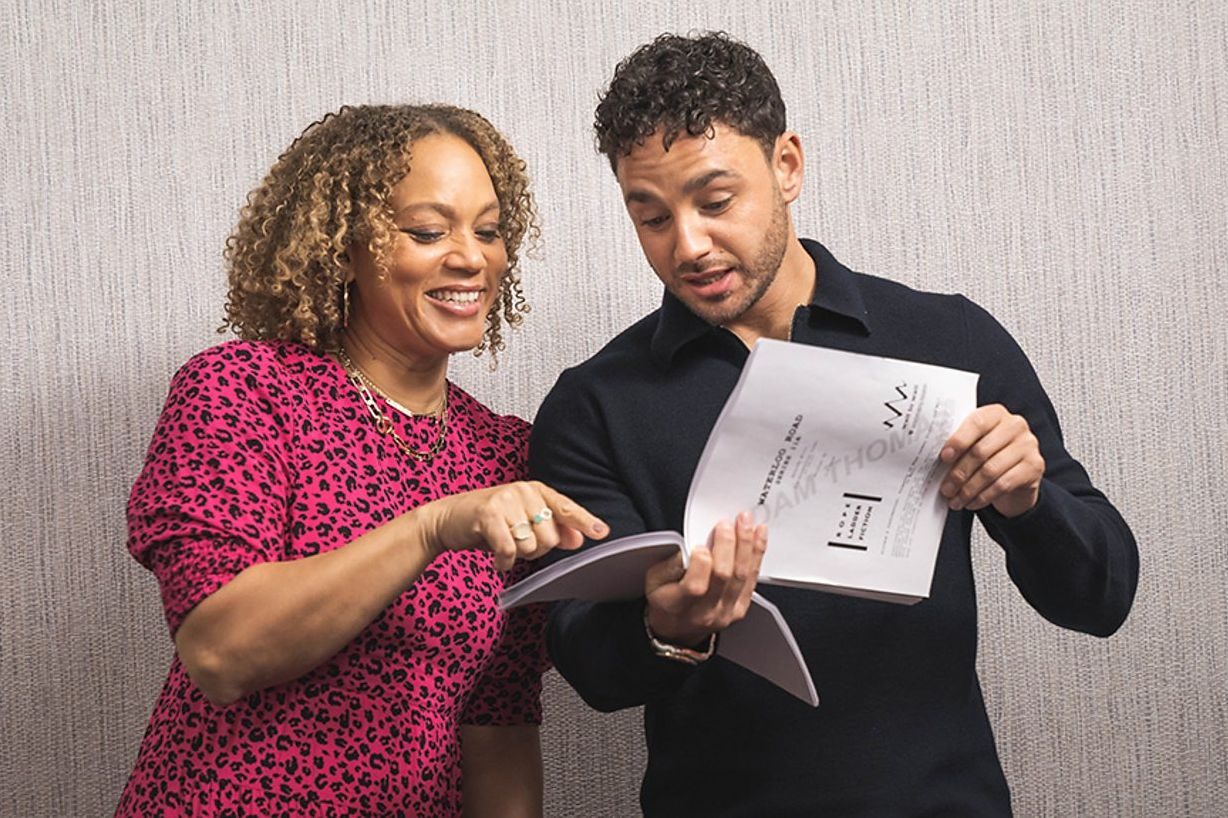 It was news that delighted with nation and we’re pretty much foaming at the mouth for all new Waterloo Road episodes to land.

The popular school drama will return after a seven year absence and returning faces such as Angela Griffin, Adam Thomas and Katie Griffiths reprising their roles as Kim Campbell, Donte Charles and Chlo Grainger respectively.

Kim, previously pastoral manager, will be leading the Manchester based school as Headteacher and will be joined by soap alumni Kym Marsh, Rachel Leskovac and Ryan Clayton, all former Coronation Street stars.

And Angela is delighted to be back filming the series, describing it as ‘bloody brilliant’.

But she admits that it is ‘a little weird’ as things have changed a fair bit.

‘It’s a little bit weird because Adam’s married with two children,’ she said. ‘To me, I find that weird because he’s still a student, he’s 15 but yeah, all good.’

Katie Griffiths added: ‘I am incredibly excited to be returning to Waterloo Road – loved by all who make and watch it!

‘Chlo was my first professional acting role, and I feel so lucky to be part of the show again. I can’t wait to see what stories unfold!’

The new series filmed in Greater Manchester and will be on screen later this year.