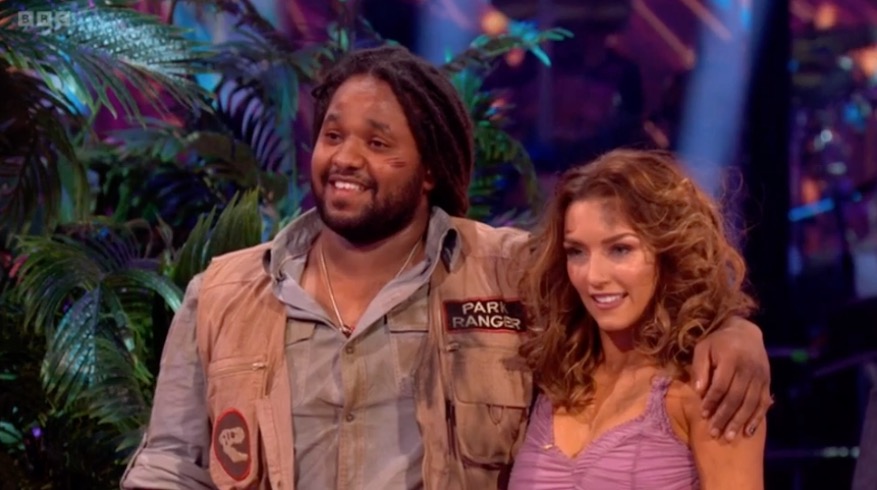 Strictly Come Dancing fans were left fuming following Hamza Yassin’s latest dance on the show, expressing their belief that he was ‘thrown under the bus’ with the choice of music.

Tonight’s episode of the BBC competition is Movie Week, with films including Guardians of the Galaxy, Flashdance and The Little Mermaid providing inspiration for the routines.

Wildlife cameraman and presenter Hamza took to the dancefloor with his partner Jowita Przystal to perform the very first Rumba of the 2022 series, earning a score of 25 out of a possible 40.

However, several viewers were confused by the decision for the couple to dance the slow, sensual dance to the theme from Steven Spielberg’s 1993 classic blockbuster, considering the tune is fairly upbeat.

‘Jurassic Park for a Rumba, threw Hamza under the bus. Did well considering,’ one person remarked.

‘Yeah stitched them up with a week 3 jurassic park rumba there,’ another fan said, while someone else stated: ‘Honestly I’d be suing for sabotage if I had to dance a Rumba to Jurassic park.’