The red carpet has come to Runeterra as Riot Games takes its first major plunge into entertainment with Arcane, an animated series based on the widely popular video game League of Legends.

Launched in 2009, League of Legends is a MOBA (multiplayer-online battle arena) game that sees two teams of five players battle for power and land through different types of playable characters, called Champions. League has since transformed into a staple in the Esports world and an IP that has spawned music videos, cinematics, comics and lore – a lot of it. For its television debut, Riot is starting from the top – exploring the origin stories for several of League’s notable Champions. Set in the utopian region of Piltover and the underground of Zaun, Arcane follows sisters Jinx and Vi, voiced by Ella Purnell and Hailee Steinfeld respectively, and the dramatic chain of events that made them into some of the most powerful Champions of Runeterra. While the sisters seek to reunite, a dark power brings about violence and chaos, threatening to keep them apart.

“I think we’ve always had this dream of creating a bigger experience where it’s not just a show and you drop it, but it’s really something where we can create a conversation piece for people that have loved this IP and the characters for such a long time,” Arcane co-creator and showrunner Christian Linke told Deadline.

Linke, also a creative director at Riot, said he and co-creator Alex Yee, came into Arcane without any prior knowledge of creating a television series. The “extremely challenging task” of adapting the beloved IP for TV started, as most projects do, with a central focus. Linke and Yee, who both have been at Riot for over a decade, saw their connections to the flagship game and the sister Champions as a jumping-off point. Arcane proved a chance to delve deeper into the complicated sister-turned-rival dynamic, Linke said.

In addition to channeling his own relationship and understanding of the characters’ histories, he said the siblings’ origin stories felt like a strong enough entry point for those unfamiliar with League to connect with the series. The older Vi cares deeply about her sister, but finds it difficult to balance obligation with her own values when a fatal incident tests their bonds.

“I don’t think it matters whether or not you’ve seen the backdrop, or, the MacGuffin that they’re fighting over, before,” he added. “I think it just needs to have substance, and that’s what we just tried so hard to find.”

Beyond a dramatic sibling-driven narrative spine, the nine episode-series touts a vibrant, painting-like animation style, from Fortiche Productions, that both feels “authentic” for devoted players and helps the series achieve its edgier tone. For Linke and the rest of the Rioters behind the series, “it was very important that the story takes the audience seriously.” Animation has a track record of doing just that while also inviting audiences into fully-fleshed out imaginary worlds, Linke said, citing Studio Ghibli and anime titles Your Name, Akira and Cowboy Bebop.

Through Fortiche’s style, Arcane conveys the gravitas of living in Zaun delinquency, the unlimited ambitions and pristine order that define Piltover aka the City of Progress, and the tension that arises when the two collide. 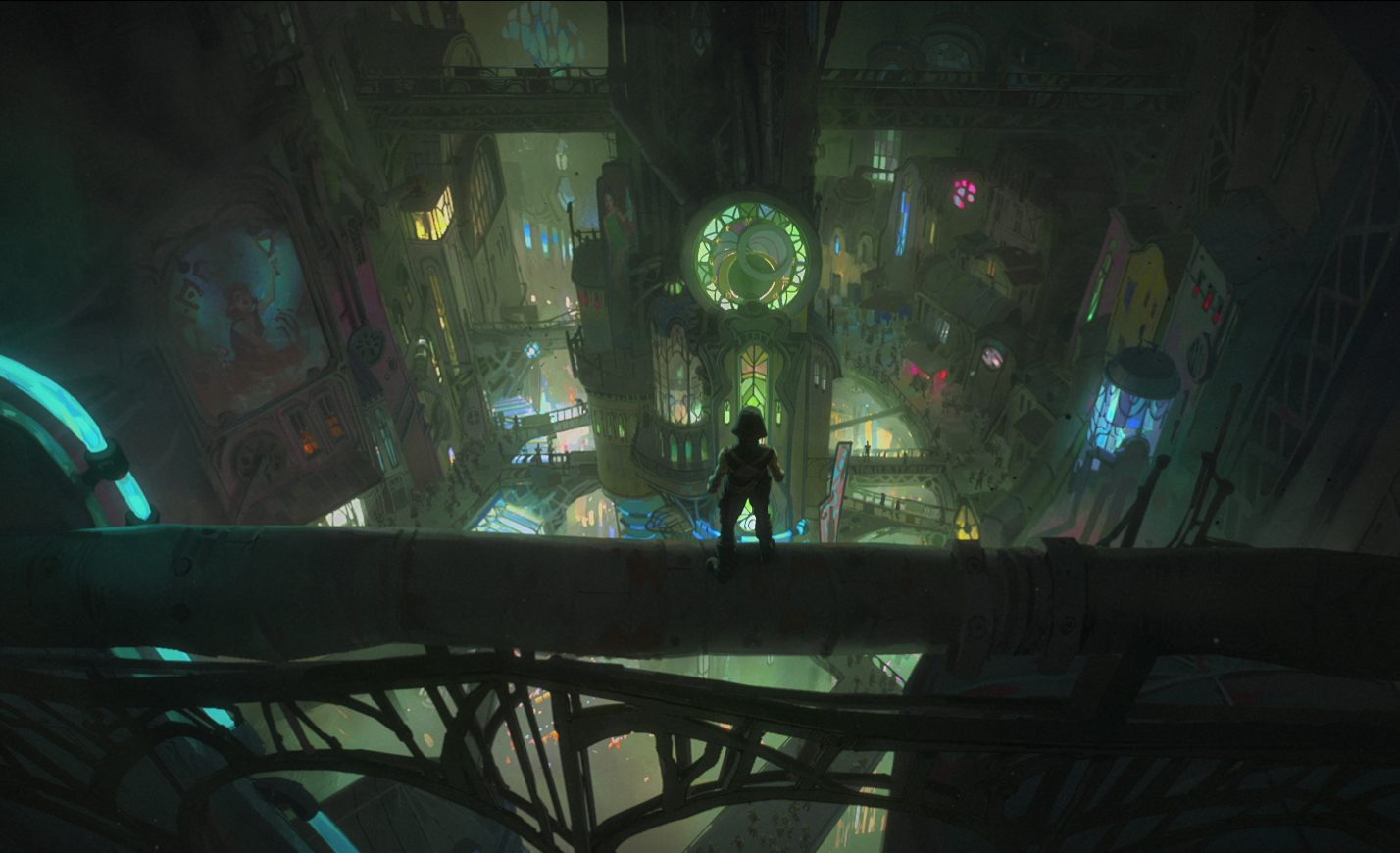 While Arcane certainly seeks to entertain, the Netflix series also provides an opportunity for Riot to “combine all of the muscles that we’ve built over the years,” Linke said. With TV-sized animation, dialogue performed by a voice cast and a definite look of the land, Arcane lifts the burden of imagination off League players, providing them with a tangible, more decisive presentation of Runeterra and the Champions.

“It struck me that we had never seen any of our characters talk, because with our game you don’t get that angle,” he said. “[Arcane] lets us explore things and sides from our characters we’ve never gotten to. There’s these questions of where do they sleep? What do they eat? It’s all those little things that I think make a human, human.” 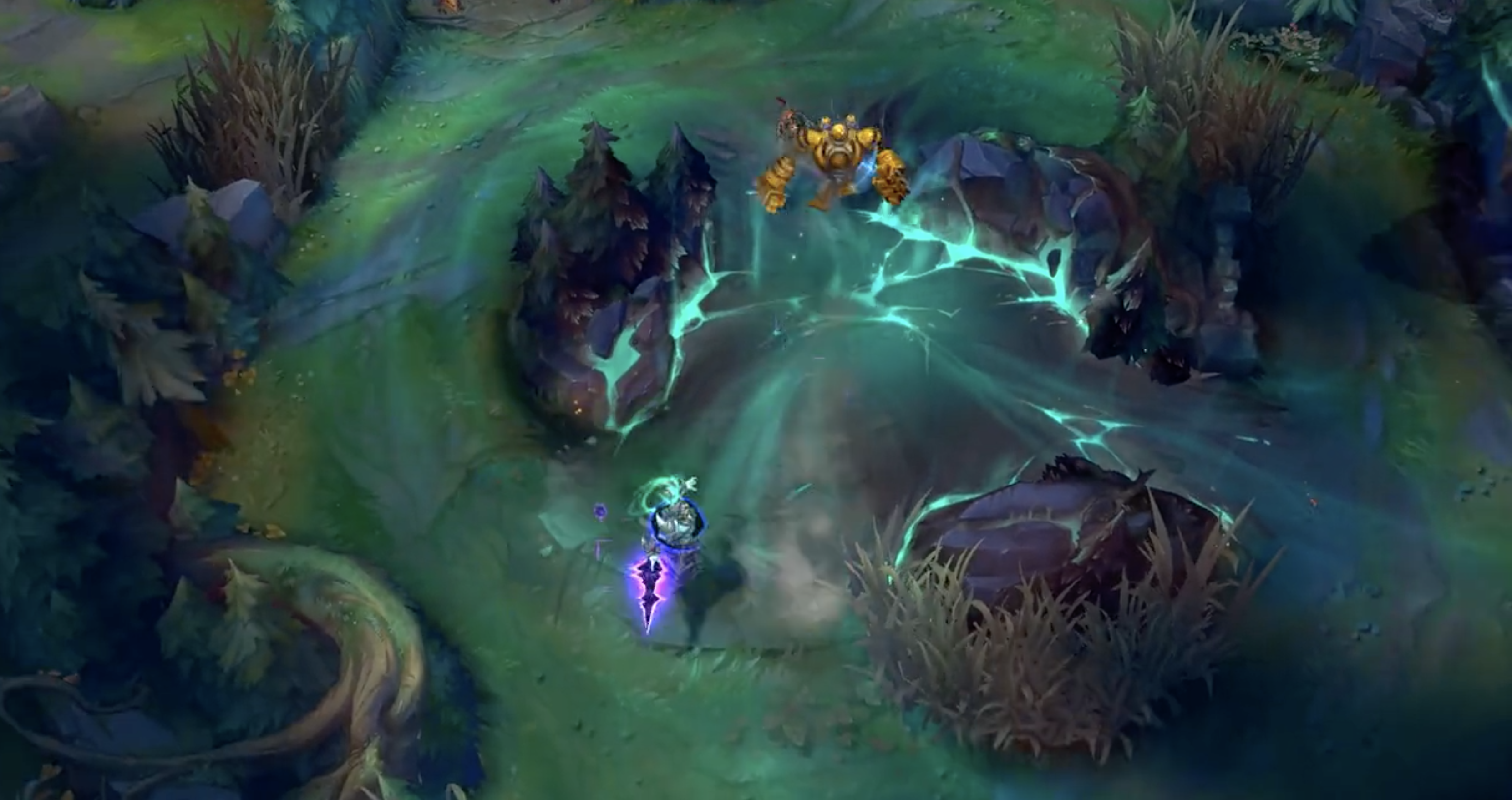 Arcane may be an example of yet another Hollywood take on a beloved gaming IP, but Linke said it was crucial that the animated series be more than just an adaptation of gameplay, but also a celebration of the characters and the realm that have catered to more than 600 million players over the past decade, per Riot.

From the get go, the League community was always top of mind, Shauna Spenley, Riot’s Global President of Entertainment told Deadline.

“The whole strategy for Arcane specifically is [to] celebrate, [to] give our players more to love,” Spenley said. “But when I look at the 10 year strategy, the holistic one is how do we continue to do things that feel like we’re creating a more immersive Runeterra and a more expansive League of Legends.” 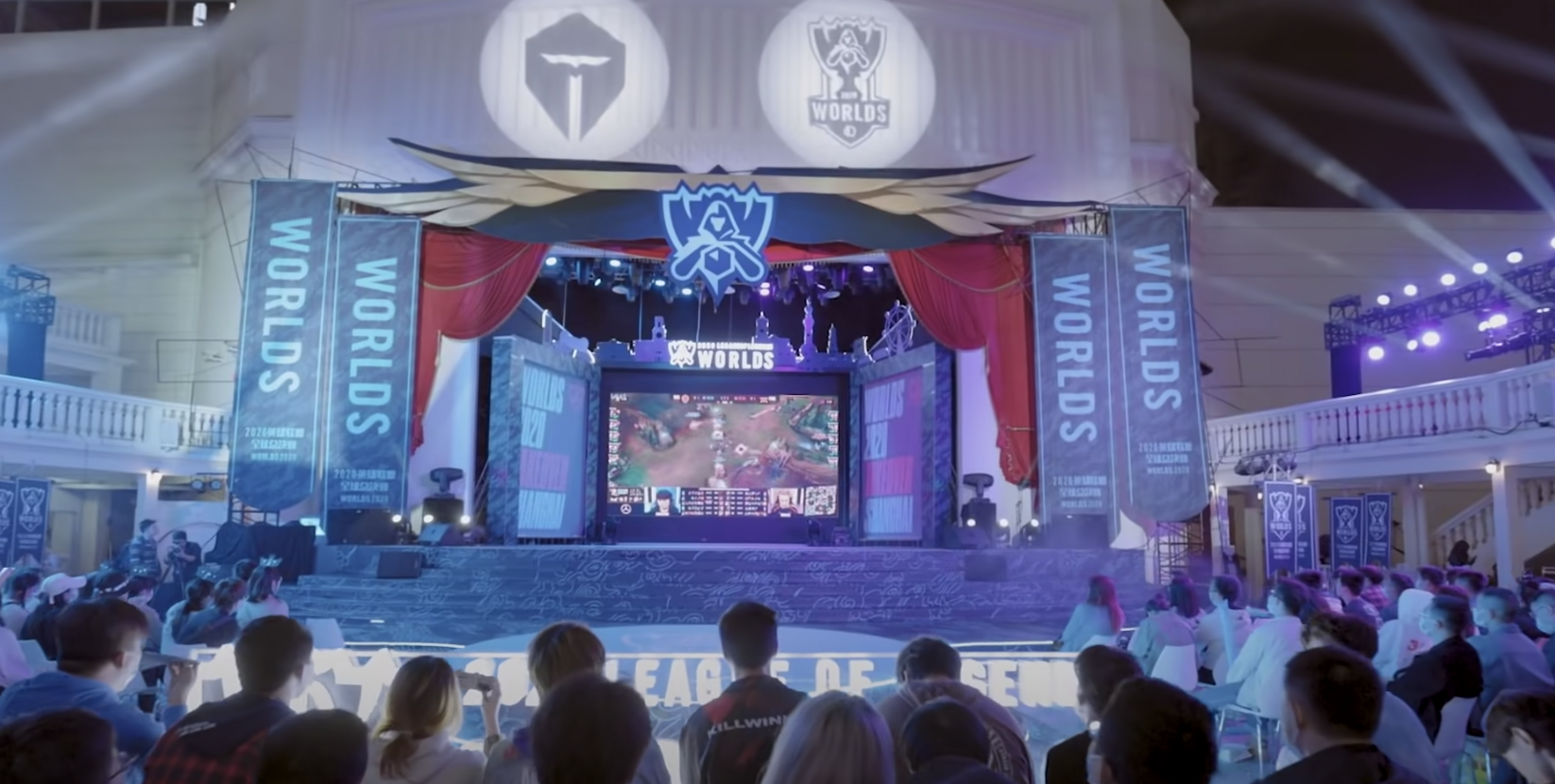 Arcane, which will be released in three chapters featuring three episodes, may be Riot’s first major step into entertainment, but the gaming company is just testing the waters of TV and film content for now, Spenley added. With no current intentions to create a full business unit dedicated to launching a slate of film and TV projects right off the bat, Riot’s just focusing on the “constant sense of reinvention” that has been at its core and engaged players for years. Of course, Riot will eventually dabble in live action, film and interactive content, Spenley added.

As the series launches on Netflix, Linke and the Rioters revel in the idea that Arcane is “this love letter to the IP… to animation and to every craft that’s involved,” from music, sound design, voice acting and more.

“I really feel confident in the statement that everyone that works on these things feels like they’re working on the most important thing they’ve ever done in their craft,” Linke said.

‘Game Changers’ Over For Emilio Estevez: Not Returning For Season 2 Of ‘Mighty Ducks’ Spinoff