Arnie is one of the most iconic action movie stars of all time. The Austrian-American actor, bodybuilder and former member of government has starred in some exceptionally memorable movies, including Kindergarten Cop, which is airing at 1:30pm today on Channel 4.

The star has not always been well-loved by everyone, however. In the 1970s Arnie was still starting out in Hollywood when he made an enemy out of Sylvester Stallone.

The Rocky star had just made his acting debut as the legendary boxer when he attended the Golden Globes award ceremony in 1977.

Rocky was tipped to take home a number of awards at the ceremony, so Sylvester was excited to win some awards – but it didn’t happen.

Rocky kept losing to other movies. And Arnie, who was sat opposite him, found great delight in Sylvester losing. He even started poking fun at Sylvester for his losses.

Sylvester recalled: “I’m going, who is this big guy? And he’s gloating and gloating [about Rocky not winning].” 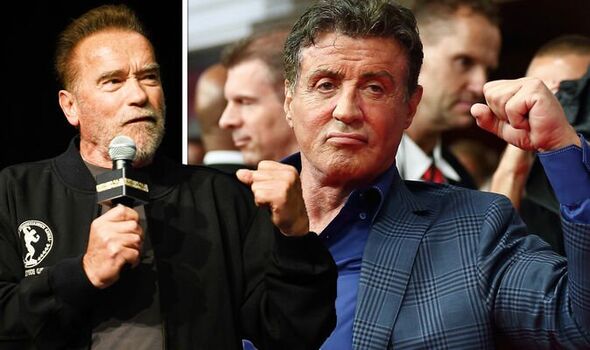 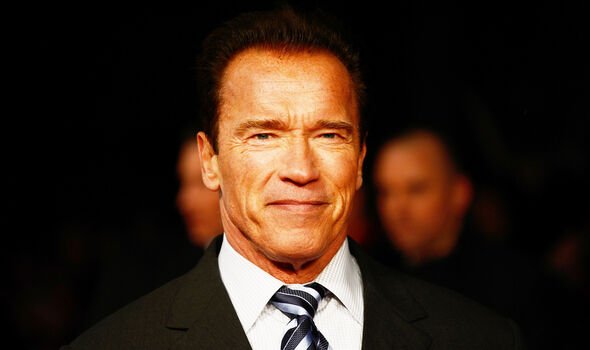 Rocky won the Golden Globe for Best Motion Picture at the ceremony. In a fit of excitement and fury, Sylvester picked up the first thing he saw and threw it straight at Arnie.

“I managed to grab this giant bowl of flowers,” Sylvester remembered. “And heaved it in his direction. It had lilies and tulips… It began a ten-year battle royale. And I thought: ‘The gauntlet is down.'”

Arnie seemed to dodge the attack, but it was this aggressive action that kick-started a vicious feud between the two tough guys which lasted for decades.

Sylvester described their relationship as a “violent hatred” and noted that they “couldn’t stand to be in the same galaxy together.”

They even poked fun at one another in their movies. 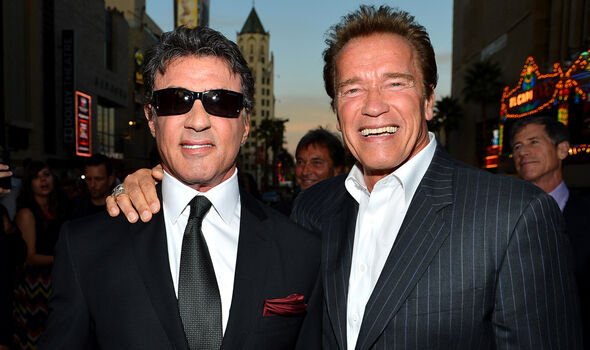 Arnie’s film Twins had his character making fun of a Rambow poster. While Sylvester beat up an Arnie lookalike in his movie Tango & Cash.

He even admitted he “imagined it was Arnold” during filming.

The pair even tried to steal movie roles from one another.

But Arnie got the last laugh where this was concerned.

Arnie remembered receiving the script for ‘Stop! Or My Mom Will Shoot’ in 1992. He recalled thinking it was a “piece of s**t”.

He told Jimmy Fallon at the time: “I say to myself: ‘I’m not going to do this movie.'”

After turning it down, the film producers went to Sylvester, who then called Arnie for his advice.

Sylvester asked Arnie: “Have they ever talked to you about doing this movie?”

Arnie replied: “Yes, I was thinking about doing it. This is a really brilliant idea, this movie.”

Sylvester did not want Arnie to get another movie instead of him, so he fought hard to get the role while Arnie pulled out.

Sylvester looked back on Arnie’s ploy: “I was trying to get back at Arnold, I heard he was going to do [the film] and he said: ‘Haha, tricked you!'”

The pair eventually made up, however. “Now, we realise we’re the same person,” Sylvester later admitted. “We’re great friends.”