The Below Deck Galley Talk crew offered a few additional insights into some of the best and worst aspects of being on the show and on charter. 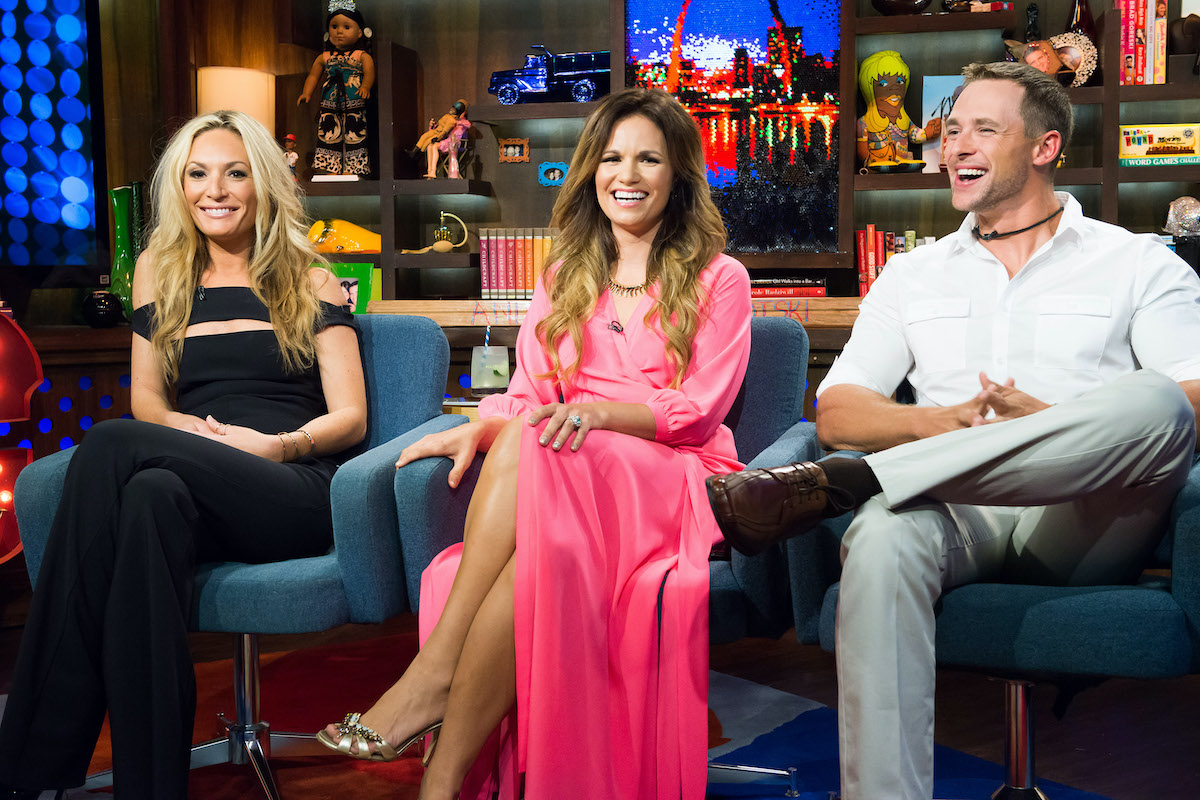 The group viewed the latest episode of Below Deck and commented from their couches and homes throughout the world. Below Deck crew members were paired off into two teams and they dished about the drama unfolding during the episode, but also reflected on their own experiences.

So what were some of the highlights and lowlights of yachting? From meals to docking, the crew breaks it down.

Docking and dropping the anchor can be dicey

“You guys make dropping the anchor so dramatic,” Chastain said to Arias during the episode. “Like gravity does most of the work.” But Arias pointed out it isn’t as easy as pushing a button and letting the anchor go.

“It tangles,” Arias exclaimed. Chastain related anchor tangles to the annoyance of necklace chain tangles. Below Deck viewers saw an epic anchor tangle during Below Deck Mediterranean season 2. The anchor chain became so tangled it took the crew countless hours to straighten it back out. Captain Sandy Yawn shared that cutting the chain could be the end of the charter season because you can’t dock the boat without an anchor chain.

When it came to docking the boat, Kelley Johnson felt the deck team’s stress. “Med docking is a nightmare,” he said as bosun Eddie Lucas looked anxiety ridden.

Deckhand Bobby Giancola, who was involved in the Below Deck Med anchor tangle mess during season 2 said docking during extreme circumstances gives him an adrenaline rush.

Saying farewell to guests is the best part

The guests packed up and got ready to depart. “Drop off day is the best day of charter,” Colin Macy-O-Toole said. Stew Julia d’ Albert Pusey noted how the guests always talk about how sad they are to leave. “So sad, it’s like see ya later,” she joked.

The Below Deck Galley Talk crew seemed to really like the guests. Chastain joked about being ready to lowkey stalk them to become their best friend. Plus, Amy Johnson observed how grateful and sweet they were during their departure. “When a guest is super thankful and grateful,” Kelley Johnson started to say. Amy Johnson added, “It makes it so worth your effort.”

One reason the guests were overjoyed was because of chef Rachel Hargrove’s incredible culinary performance. Season 8 viewers may have seen Hargrove only really break a sweat during breakfast for the first group of charter guests.

“Breakfast was always the worst,” Amy Johnson said. “Too many options. Dinner you’re just told what you’re eating.” Hargrove quickly shifted to doing a breakfast special, which is when viewers were introduced to her epic French toast. Rosbach recently tweeted the dish was probably the best thing he’s had from a yacht chef.