Better Call Saul Season 6 opened with a cryptic prologue. Movers were clearing out a house full of Saul Goodman artifacts. Sharp-eyed fans may have spotted some Better Call Saul Easter eggs from past seasons, but creator Peter Gould and episode director Michael Morris say there are Easter eggs you won’t even recognize until later.

Morris appeared on the Better Call Saul Insider Podcast with Gould on April 19, the day after Better Call Saul Season 6 premiered. They explained how some of the prologue’s Easter eggs would pay off later in the final season.

Gould told fans to look closely at the Better Call Saul Season 6 prologue. He also asked them to remember some of the things they were seeing.

“This teaser is chock full of Easter eggs, both from previous seasons, but also, I don’t know what you call them, Prester eggs?” Gould said on the Better Call Saul Insider Podcast. “There are things you’re seeing in this teaser that will make much more sense to you later in the season because that’s how we roll.”

Morris recommended revisiting the prologue at the end of Better Call Saul Season 6. 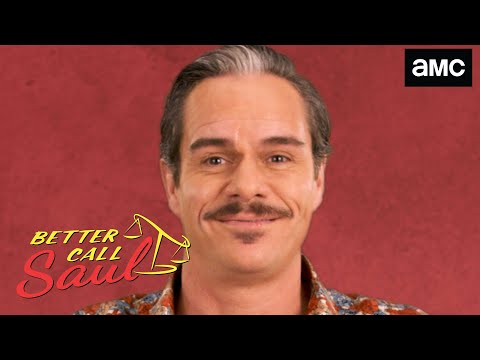 “It’s worth watching the teaser again once you’ve watched the whole season, for sure,” Morris said.

Morris elaborated on how he filled the Better Call Saul Season 6 prologue with Easter eggs. It wasn’t just about hiding them in the background. It was about moving them throughout the frame so viewers only got a glimpse.

“The Easter eggs alone was one of the most fun parts of plotting this and that was right up to the minute,” Morris said. “We would do a take and then we would realize we could cram something else in so we would throw another Easter egg in and make sure that Matt [Credle], holding that camera, would just catch something as it went off onto the right. It was an extraordinary experience to be able to make a sequence like that, a massive honor to me and wildly unusual in that there’s no dialogue. It is a completely visual experience.”

The house itself was almost another Better Call Saul Easter egg, too. Gould eventually ruled it out.

Our original idea in the writers room was that this would be the house that Jimmy and Kim looked at, the empty house when they went house shopping last season. We thought wouldn’t it be great if he had bought the house he and Kim had looked at. We went there, we scouted the house and it was just too restrictive. It was such a wonderful idea to use that same house. I held onto it probably a little bit longer than I should have but as soon as we released that, then there were so many more options and possibilities. There were so many things that weren’t scripted or that became scripted once we found the location, for instance the swimming pool.

The ties pay homage to the Cinnabon flash forwards

Better Call Saul Season 6 is the only season that does not begin with a flash forward to Gene Takovic (Bob Odenkirk) working at Cinnabon in black and white. Morris devised an opening shot of a box of Saul’s ties to pay homage to the black and white tradition.

“That was an idea I think I had early on, probably holding onto my jealousy about not starting in black and white,” Morris said. “I wanted the idea that we were slightly wrong footing everybody. That we would start the season as always in black and white but then color would invade it. So there’s no visual effects in there of any kind. There’s no editorial effects either. What we did was we got a bunch of black and white ties.”