AMC’s Breaking Bad prequel spin-off Better Call Saul will premiere its sixth and final season in July before it leads into the hit Netflix series. Ahead of its return, Kim Wexler star Rhea Seehorn exposed a major easter egg which foreshadowed her character’s evil turn.

Kim is one of the few characters who didn’t feature in Breaking Bad to appear in Better Call Saul, despite being a major character.

While fans are yet to discover the reason behind her eventual departure, the prequel wouldn’t work without her.

As Saul Goodman’s (played by Bob Odenkirk) wife, she helped him conjure and bring to life their elaborate and cunning schemes.

However, it wasn’t always this way when the couple first met at Hamlin, Hamlin and McGill, where she worked as an attorney. 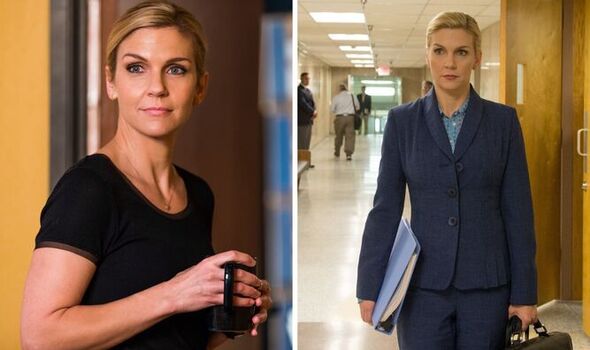 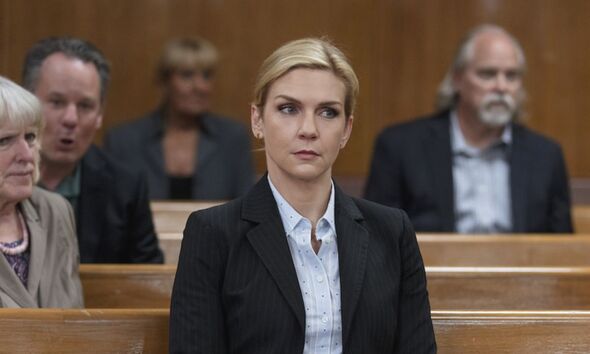 Although Kim was a lawyer who would help the vulnerable find justice, things began to take a dark turn after she took an interest in Saul’s shady business.

Eventually, she began to lead a double life as she helped him pull off a number of cons and his elaborate schemes.

As a result, the once good lawyer became a complex character who saw through the plan to destroy Howard Hamlin’s (Patrick Fabian) career.

During an interview with Gold Derby, the actress Rhea Seehorn revealed the easter egg moment which foreshadowed the character’s evil turn. 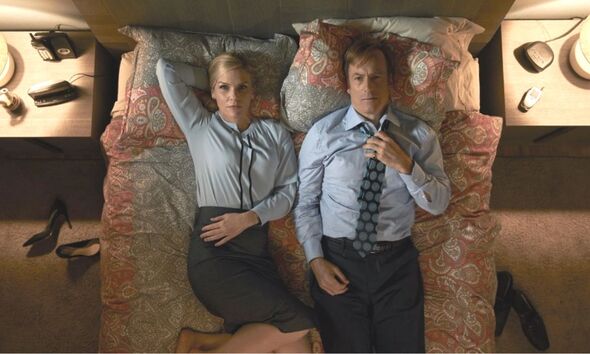 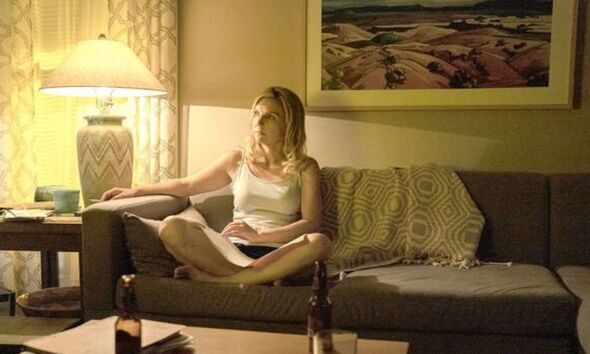 Seehorn revealed she took up drawing to help convey what she required from a scene during her directorial debut.

It was one of those drawings which cemented its position on the show as the actress recalled: “There was a scene she did because of a drawing.

“The scene where Jimmy and Kim are talking on the bed and she says ‘I think someone’s following me.”

She detailed: “Kim’s position, the way she’s laying down with her legs crossing, Jimmy is regaling her with a story, is the exact position of drawing that has been on the bookshelf.

“It’s on the other side of the wall in the living room, not the foyer wall for the entirety of the series, which was also a drawing I did in real life.”

As Kim was a brand new character, the show’s co-creators Peter Gould and Vince Gilligan confessed they underestimated how important she would become.

Speaking to Vulture, Gilligan stated: “We had a vague inkling that we wanted a female character who was perhaps a love interest past tense, or potential love interest future tense.

“It’s embarrassing to say how little we understood about the character of Kim Wexler or how important she would become.”

When season six finally lands on screens, fans will finally discover the reason behind Kim’s absence in Breaking Bad.

Theories have been mounting of a suspected death, which could hint at the reason Saul never spoke about her, perhaps her death was too heartbreaking for him to bring up.

Whereas others suggested the couple got caught and Kim took the legal ramifications of being sent down.