When Chuck Lorre brought on Gina Yashere to help with Bob Hearts Abishola, she said they needed Nigerian actors in the cast, like actor Folake Olowofoyeku. She grew up in Nigeria, emigrating to America on her 18th birthday. When the Bob Hearts Abishola cast and crew filmed in Lagos for Season 3, they shot scenes by her childhood home. 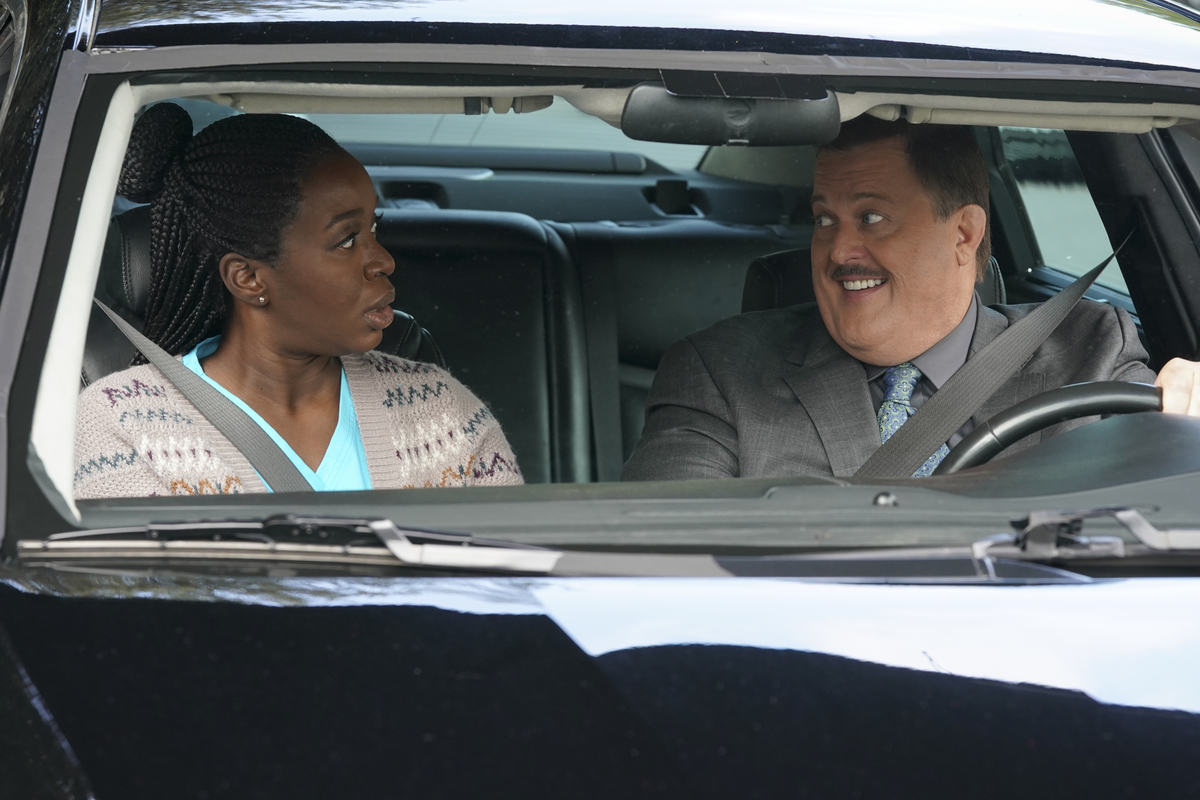 In several interviews, both Billy Gardell and Olowofoyeku talked about how much care went into creating an authentic Nigerian wedding.

“We see an assimilation blending American sitcom into the Nigerian space in a way we’ve never seen before,” Olowofoyeku told CBS Minnesota. “We actually literally drive past the house that I grew up in. That’s how authentic it is.”

Filming with her friends and co-workers from America in Nigeria blended her two homes in a new way.

“Abishola and Bob were driving down my childhood home, in real life, but no one knew … and I’m like, ‘Yo, that’s my house,’” the actor told The Talk.

In the first two episodes of Bob Hearts Abishola Season 3, Bob, Abishola, and her ex-husband Tayo (Agents of SHIELD’s Dayo Ade) drove around Lagos, where Olowofoyeku had her childhood.

She grew up in Victoria Island in Lagos, Nigeria. However, her next home rested in another country entirely.

“That’s pretty much the only home I ever had until I met Chuck Lorre and was able to afford another home,” the actor said. “I’m serious. I left Nigeria when I was 18, I moved here, and it was just never the same.”

While watching Bob Hearts Abishola Season 3, Episode 1, Olowofoyeku noticed her childhood home in the background of a shot.

“Abishola and Bob were driving down my childhood home, in real life, but no one knew,” she said. “And I’m like, ‘Yo, that’s my house,’” she said on The Talk.

During Olowofoyeku’s childhood, her parents wanted her to become a lawyer. However, she always dreamed of going into the arts.

“There’s a moment, I remember, sitting on top of the roof … watching a concert going on across the street, and I just started crying because I wanted to [join] in the arts,” she told The Talk. “And I had no idea how I was going to escape the clutches of my parents and kind of emancipate myself, so I didn’t have to become a lawyer.”

However, on her 18th birthday, she decided to move to America. She found success and eventually joined the CBS sitcom. Returning to Nigeria felt like a perfect parallel.

“It was surreal because this is what I left Nigeria to do, to be in the arts,” she went on, “it feels like a full-circle moment to actually have this be embedded in the work that I’m doing and love so much.”