Gabriella, who plays nurse Jade Lovell in BBC hospital drama Casualty, opened up about her experiences as a deaf woman working in the industry. The 24-year-old has portrayed the role of popular nurse Jade in the series since 2018 and quickly became a favourite among viewers.

She said: “I think women can sometimes be underestimated in this industry.

“There are times where I have felt underestimated in the past, and, being a deaf woman, this has definitely added challenges as to how I’ve been perceived and treated.”

Admitting to Digital Spy the nature of her experiences as an actress, she went on to say: “The joy in being underestimated is proving people wrong and showing up for yourself.” 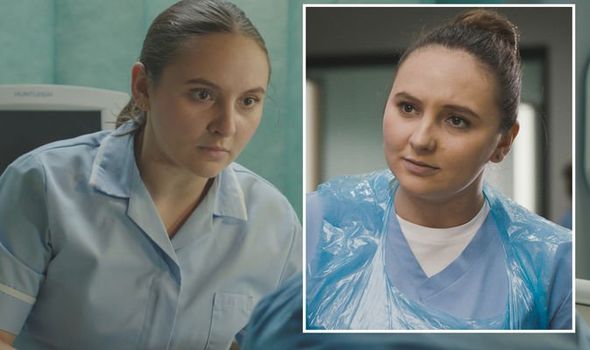 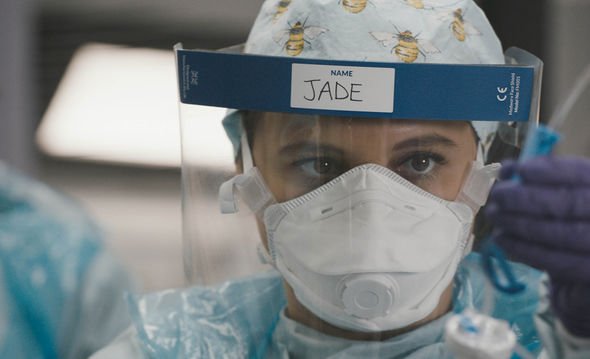 Through her character Jade, Gabriella has faced some emotional storylines, including meeting her estranged mother and depicting the experiences of nurses during the Covid-19 pandemic.

The character has demonstrated the experiences of deaf people, with a recent episode, Jade expressed concerns that the necessity of mask-wearing during the pandemic would affect her ability to communicate with others.

As the rate of infections spiked, Jade’s disability saw her having to take on lighter roles at the hospital, and she volunteered to keep the dying company.

Gabriella has also highlighted the extra issues of deaf people during the pandemic and recently tweeted to her thousands of followers a link to support deaf people. 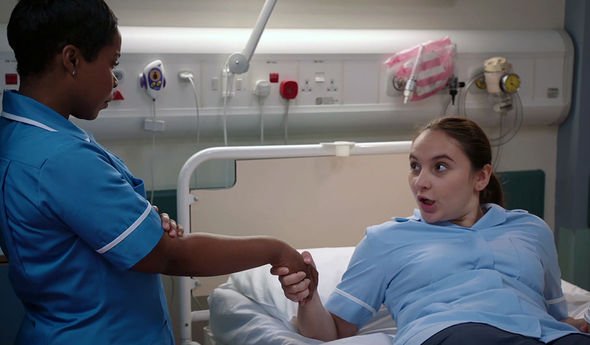 In the post, she said: “Face masks are the new normal. But many #deaf children still need to see someone’s face clearly to be able to lip-read + understand facial expressions.

“Check out these simple tips from @NDCS_UK for deaf awareness around wearing facemasks #KeepItClear”.

Last year, speaking about playing the first deaf character on the show, she said: “It’s lovely playing someone who’s like me.”

She added: “I’m able to add such depth and understanding to Jade, having experienced most of what she has experienced regarding her disability.

“I feel proud to be the first disabled regular in the show’s history,” Inside Soap published.

A major event for Gabriella’s character, scenes saw her meeting with her childhood social worker, who informed her that her mother gave her up for adoption due to her deafness.

Devastated, Jade was left feeling unwanted and heartbroken but in later episodes, Jade discovered that her mother had made the decision because she had not believed she was a good enough mother to her – not the other way round.

In several emotional moments, Jade was seen meeting her mother for the first time since she was a child.

The character has faced many varied plotlines, and Gabriella is enjoying proving doubters wrong.

Having been on the show for just over two years now, her character, who made history as the first regular disabled person on the series, is likely to continue to be a part of major storylines.

Casualty continues tonight, Saturday, March 6, at 8.20pm on BBC One.