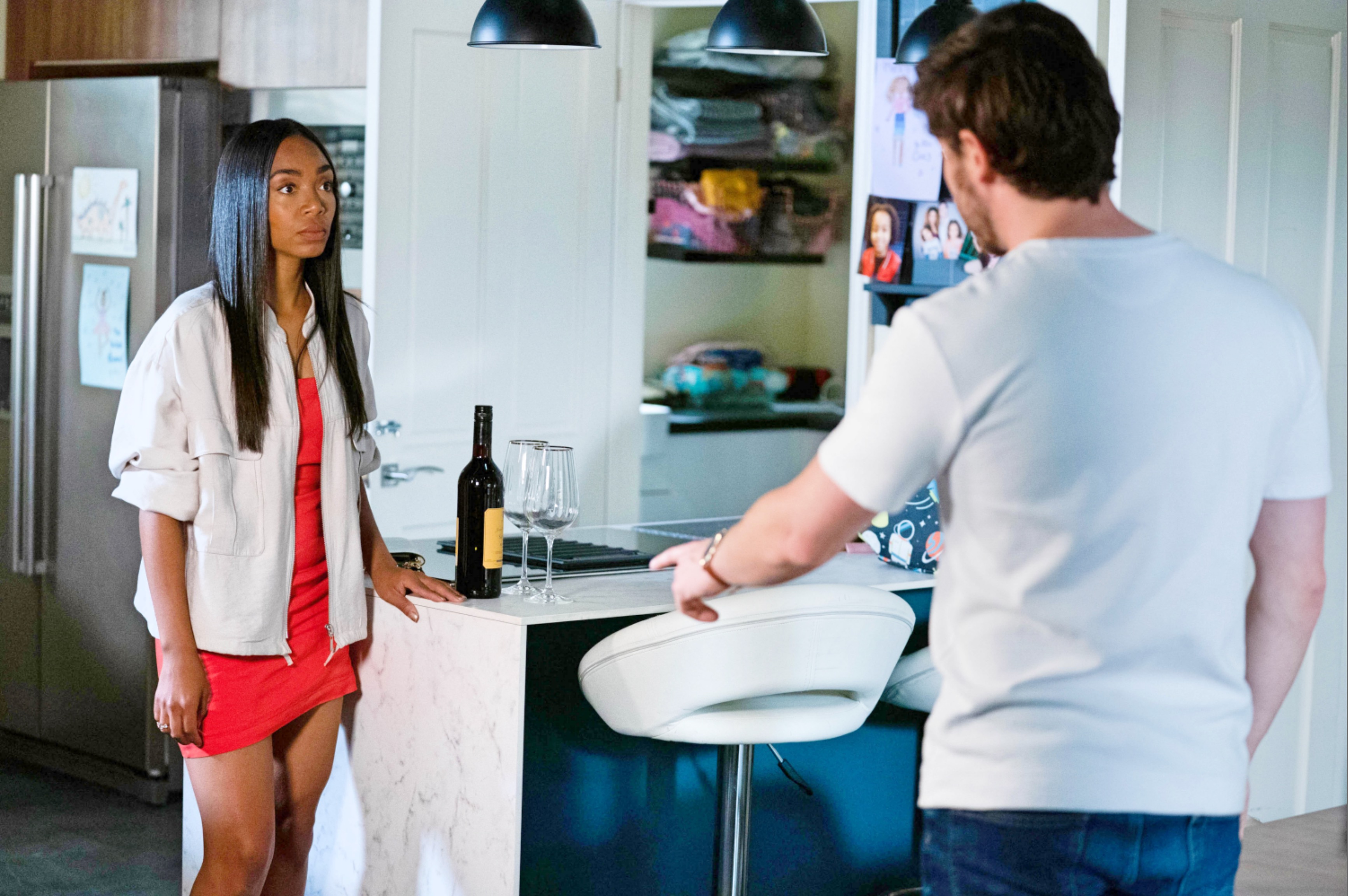 The mum-to-be struggles to come to terms with the events of her wedding day, which saw Whitney Dean (Shona McGarty) rock up with the mother of all revelations.

Horrified by what she heard, the bride locked herself her room, but master manipulator Gray talked her around, and the wedding subsequently went ahead, leaving Whitney in shock.

Desperate to make Chelsea see that she was telling the truth, Whitney sent her screenshots of forum posts from a domestic violence site, and Chelsea was hit with the devastating reality that her new husband is a killer.

She resolves to escape his evil clutches next week, but her plan is foiled by the killer himself, who encourages her to return to No. 1, playing the doting husband in front of Mitch Baker (Roger Griffiths).

But behind closed doors, he turns vile once more, and proceeds to hurl abuse and insults at Chelsea.

Chelsea suddenly feels ill and an ambulance is called, before she is taken to hospital. Kim Fox (Tameka Empson), horrified to learn of what has transpired, puts the blame on Whitney, claiming that she has caused her niece a lot of stress.

Will Chelsea be okay? What’s more, will her unborn baby?

One to watch: Monday December 27 on BBC One.