Will Burgess be saved?

Chicago P.D. closes out its eighth season on Wednesday with Intelligence gearing up to save one of their own. With Burgess in grave danger and the unit caught in a moral and ethical bind — the question of how far is too far to rescue a fellow comrade at the forefront of their minds. Whatever happens, the events of the finale will have huge reverberations throughout season 9.

Ahead of the season’s final episode, Eid discusses exploring police reform this season, hints at a marriage proposal and warns audiences may feel a roller-coaster of emotions during the finale.

ET: With the season 8 finale of Chicago P.D. here, are there any takeaways that you took from this season?

Rick Eid: I would say that this season we attempted to dramatize the idea of police reform. Obviously it’s an interesting and important subject, and we tried to show all sides of the issue. We tried to show our characters, modified their behavior, their habits. At times, we see them struggle with that. Some of the characters really embraced it, others were more resistant to it. So the objective this season was to make police reform a character in the episode and treat it in the most honest way we possibly could.

Was there a storyline or a character’s trajectory that surprised even you as the season progressed?

We tried to take every character as seriously as possible and what that person’s relationship to reform would be like in general, and then you try to change the circumstances to see what sort of leeway or how committed they were to this idea of reform. If you needed to be all about reform when there’s not that much at stake, and then when there’s a lot stake, are you going to change your point of view on this idea of reform? In the last two episodes, we explore that and explore the different characters’ points of view on what’s the right thing versus what’s the wrong thing. Is it ever okay to cross a line? All those issues are palpable. The last episode is really about our characters’ differing opinions of reform on steroids.

The team is put in a very difficult predicament with Burgess’ life in jeopardy. How far do they go to save their team member? Can you tee up this final episode and the tensions that might arise out of this impossible situation? 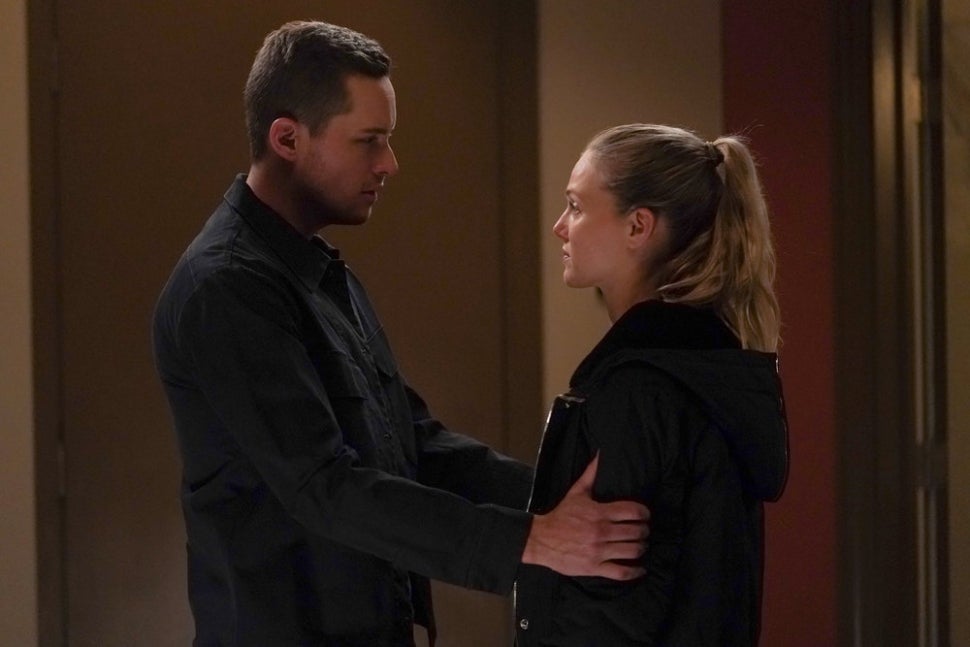 I imagine there is going to be major fallout and major consequences as to what happens in the aftermath of the finale. Can you tease how big of a shift P.D. will have heading into season 9?

This season of P.D. really leaned into the issues like police reform and race. What have you learned from the season that you thought really worked and you’ll continue to implement in season 9?

We always try to tell interesting stories that connect and hopefully unify the whole season around some sort of interesting theme or character arc. I think this season, it all came together seamlessly. Whether that was just good luck or by design, I’m not really sure, but this year’s finale — as big and eventful and shocking as it is — it’s all really organic from the seeds that had been planted earlier. So it all feels earned. Next season, I hope we can create these kind of themes and story arcs and plant the seeds throughout the episodes so it all pays off at the end like this season did. This season just sort of presented itself.

How would you describe this final episode? What kind of emotions and feelings will viewers be feeling at the end of or during this hour?

I can tell you what I feel. I guess I hope that every character appears to be right. That’s the goal is that every point of view that is expressed is correct, even though they’re at times completely opposite. Hopefully the audience is invested, nervous, concerned, frustrated, scared; it’s really a combination of all, and hopefully hope.

The Chicago shows do a very good job of frustrating fans in a good way.

For more, watch below.