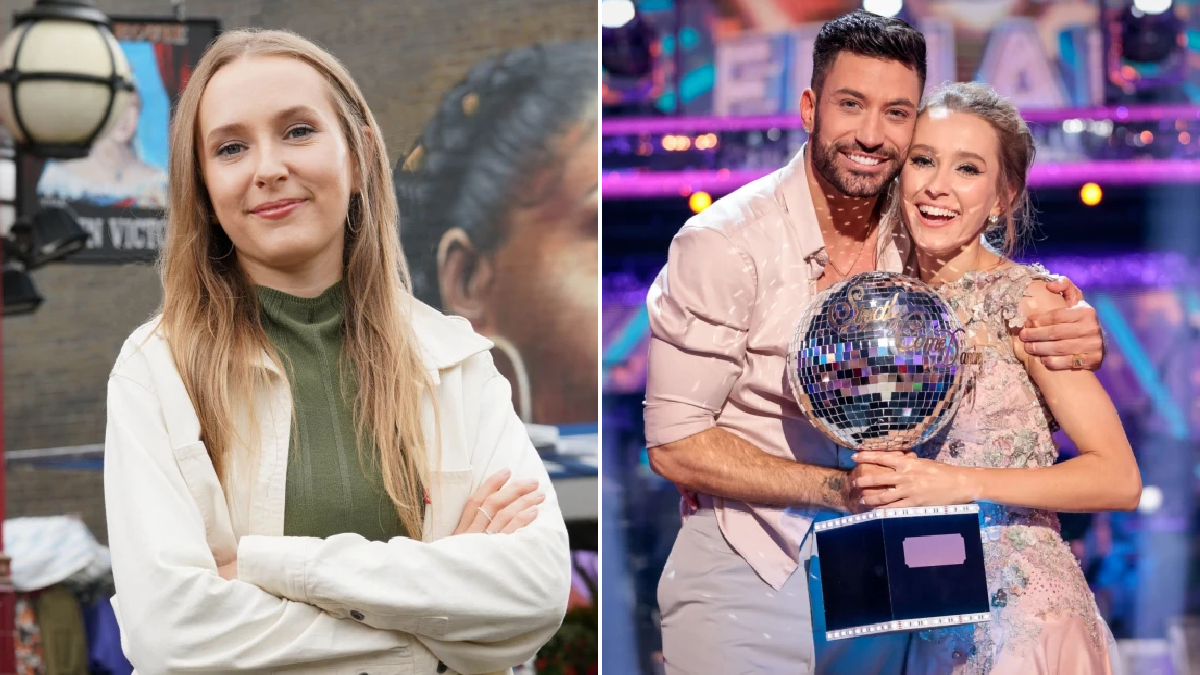 Rose Ayling-Ellis quickstepped her way to victory over the weekend, as she and professional dance partner Giovanni Pernice were crowned the winners of Strictly Come Dancing 2021.

The EastEnders star, who plays Frankie Lewis in the soap, made history, as she became the first deaf contestant to not only take part in the show, but to win it too.

The 27-year-old picked up the victory in what appeared to be one of the closest finals in the series’ long history, fighting off tough competition from Great British Bake Off winner John Whaite and his partner Johannes Radebe.

It has been reported that, since lifting the glitterball, Rose is set for huge success, and is tipped to become a millionaire in 2022.

Reports have claimed that the soap star is set to quit EastEnders, and according to The Sun, members of the serial drama’s cast are concerned that she will leave the show.

EastEnders, however, have denied such claims.

‘There is no truth in these rumours,’ A spokesperson for the BBC One soap told Metro.co.uk.

‘Rose has no intention to quit EastEnders and is very much looking forward to filming again in the New Year.’

EastEnders bosses gave Rose, 27, time off in order to compete in Strictly.

The actress told us back in September: ‘Normally, EastEnders makes you work at the same time as doing Strictly, but EastEnders gave me time off, so I can just focus on Strictly completely.’

Her final scenes to date aired on Tuesday, November 9, as character Frankie Lewis resolved to leave Walford after sister Nancy Carter (Maddy Hill) locked her in the boot of her own car.

With conflict aplenty between the siblings, Frankie thought it best to give her sister and their dad Mick (Danny Dyer) some time alone, and thus she left Albert Square in a black cab.

Rose has since captivated Strictly fans with a number of superb ballroom routines including her Foxtrot, Viennese Waltz and American Smooth.

She would go on to achieve the earliest perfect score in Strictly for her Halloween-themed Tango, but it was her Couple’s Choice that truly made history.

The duo danced to Symphony by Clean Bandit, but this was paused midway through, with Rose and Giovanni instead dancing in silence for 10 seconds as a tribute to the Deaf community.

The couple re-performed this routine in the final on Saturday, and would go on to lift the glitterball.

Rose will reunite with Giovanni next year, as they’re set to take part in the Strictly Come Dancing tour.

Metro.co.uk has also reached out to Rose’s reps for comment.