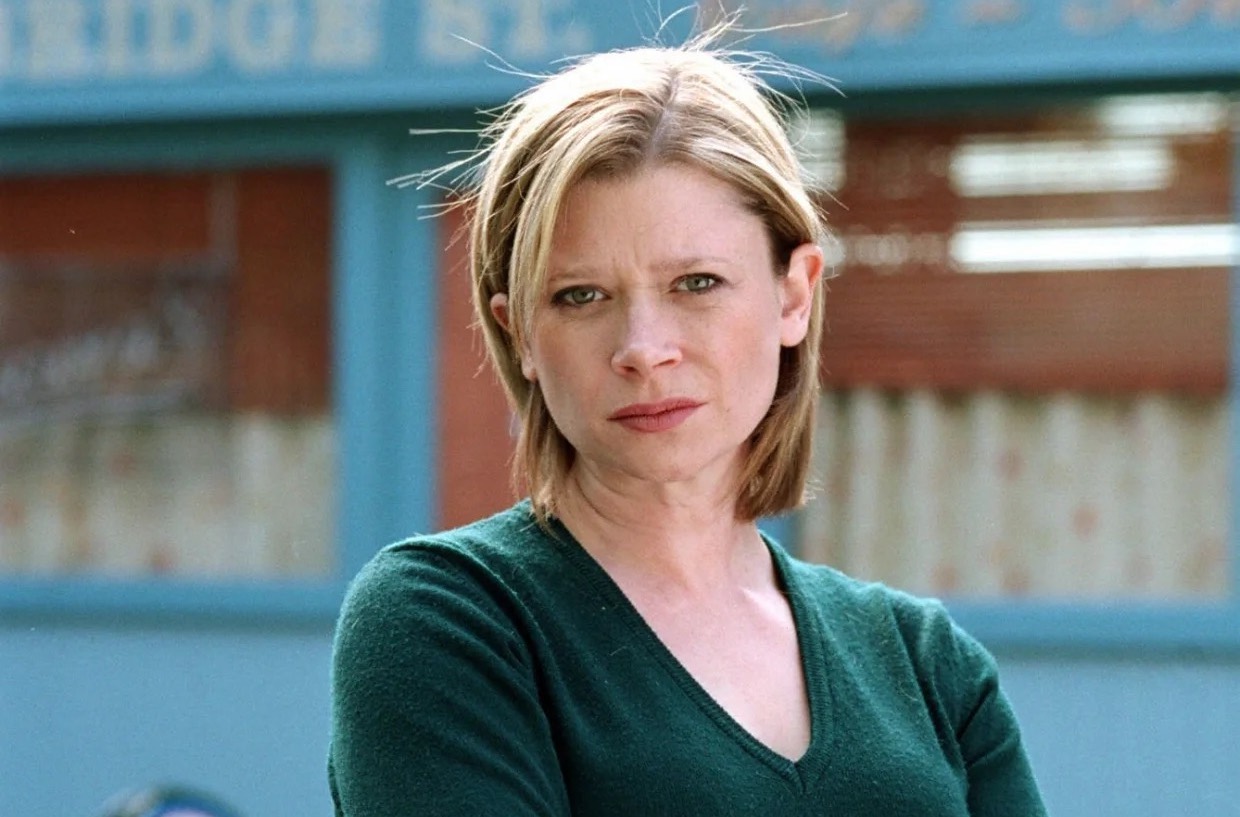 Hannah Waterman is best known to audiences for having played Laura Beale in EastEnders.

During her stint on the serial drama, she featured in many a memorable moment, as Laura became the third wife of mainstay Ian Beale.

Laura first met Ian when he employed her as a nanny for his kids Peter, Lucy and Steven.

Soon enough, the two embarked on a relationship, and married in 2001.

In addition to her relationship with Ian, Laura is fondly remembered for her feud with Janine Butcher, which developed after Laura had discovered Ian had been paying Janine to sleep with him!

The animosity between the two continued for quite some time, and culminated with a heated showdown on the eve of Laura’s demise.

Viewers will know that Laura tripped and fell down the stairs to her death.

Pat Butcher found Laura dead at the bottom of the stairs, and having learned of Barry’s death, she refused to provide Janine with an alibi.

Following her departure from EastEnders, Hannah would go on to feature in numerous other telly roles, making appearances in Holby City and Doctors. She also had a recurring role on New Tricks.

Speaking about her decision to relocate, the actress told The Daily Telegraph Australia in 2016: ‘Work had really started to pick up but we thought “well, if we delay it again we just won’t do it”, so we thought we’d give it a year.

‘But of course it’s no small thing to relocate like this, and a year isn’t really long enough.’

Hannah recently starred in a stage production of Harry Potter and the Cursed Child.