Billy Mitchell (played by Perry Fenwick) has held a torch for ex-wife Honey Mitchell (Emma Barton) ever since they split up but the unlucky-in-love EastEnders resident will begin to believe he finally has a chance to win the mother of his two children over. However, his romantic ambitions may be stopped in their tracks by newcomer Finlay Baker (Ashley Byam).

In next week’s episodes of the BBC soap, Billy grows increasingly jealous of Finlay and Honey.

He spots the pair looking close in the Minute Mart and begins to suspect his ex-wife is moving on.

However, later Honey admits to Kim that she lost their bet as she said no to a date with Finlay.

This pleases Billy but will Honey grow fond of Finlay over the coming months? 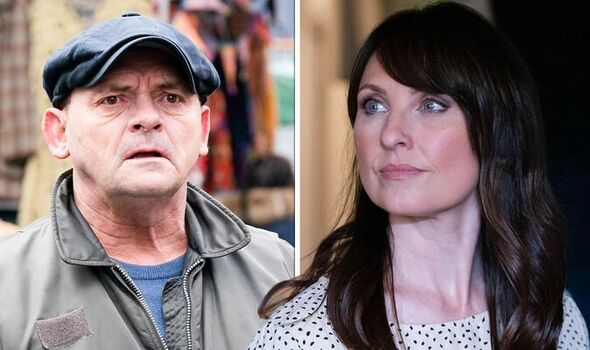 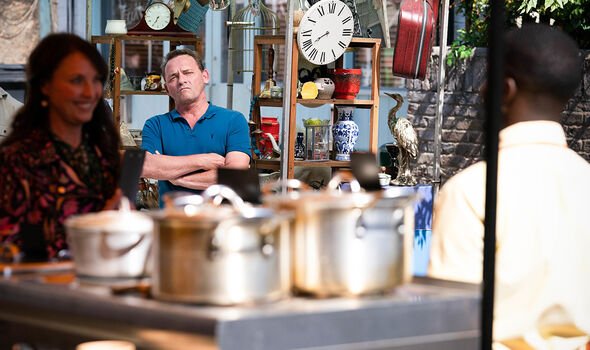 EastEnders fans will know the mum-of-two has never been one to rush into a relationship and she may feel a date with Finlay is too soon after Jay.

Back on the market, Billy’s frustrated with Felix Baker (Matthew Morrison) and Finlay over the level of noise coming from their stall.

Mr Lister (Nick Wilton) tries to shut down their stall but Billy comes to their rescue.

Later, Finlay tells Billy he knows he still has feelings for his ex-wife. 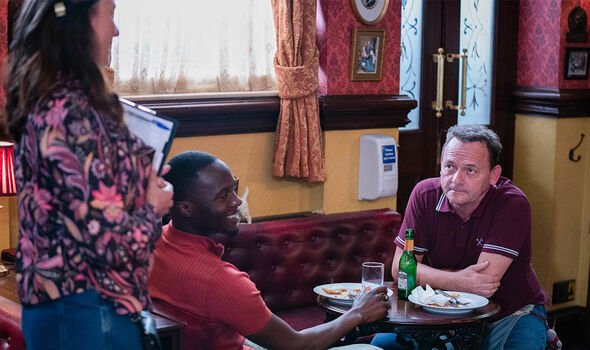 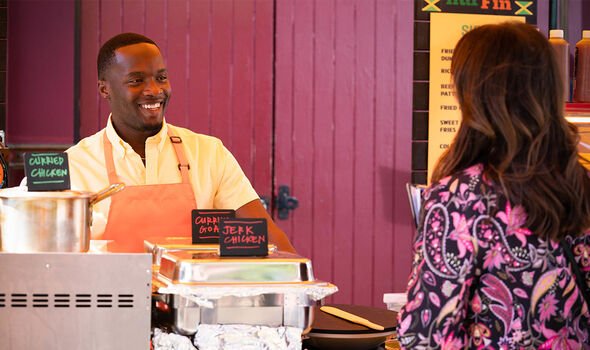 Back at the market, Billy admires Finlay’s charm from a distance before admitting Honey’s the only woman for him.

Finlay wonders how he can help but will he end up making things worse for Billy?

Honey will understandably be in a vulnerable position in Walford after her recent break-up with Jay.

Over the years, Billy has proved he still loves his ex-wife but she’s never been able to get past his cheating ways.

Rose first joined the soap in 2020 as the first deaf actor to play a regular deaf character.

If Finlay develops a friendship with Honey in a bid to convince her Billy’s worth getting a second chance, she may get the wrong impression and end up developing feelings for the newcomer.

Finlay is coping with the loss of his father and a romance could blossom between himself and Honey as he opens up about his grief.

Bianca Neumann, head of bereavement at national bereavement charity Sue Ryder shared her expert advice on how Finlay can cope with his grief in an interview with Express.co.uk.

She said: “Grief can feel very isolating, but it’s likely that other people around you are feeling the loss of your dad too.

“Talk about your dad with others, light a candle in his memory, or do something with a loved one that reminds you of him.”

EastEnders fans will know Honey is one of the most caring residents on the square and would offer support to Finlay in any way he needs.

“Loss can often bring up feelings of regret. For instance, perhaps you feel like you could have spent more time with your father,” Bianca added.

“Try instead to focus on the time you did have and how special that was for both you and your dad.”

Will Finlay and Honey develop feelings for one another as the newcomer navigates life without his father?

EastEnders airs on BBC One from Monday to Thursday at 7.30pm. Sue Ryder is creating a national movement of kindness around grief which promotes open conversations about bereavement.  To find out more visit here.