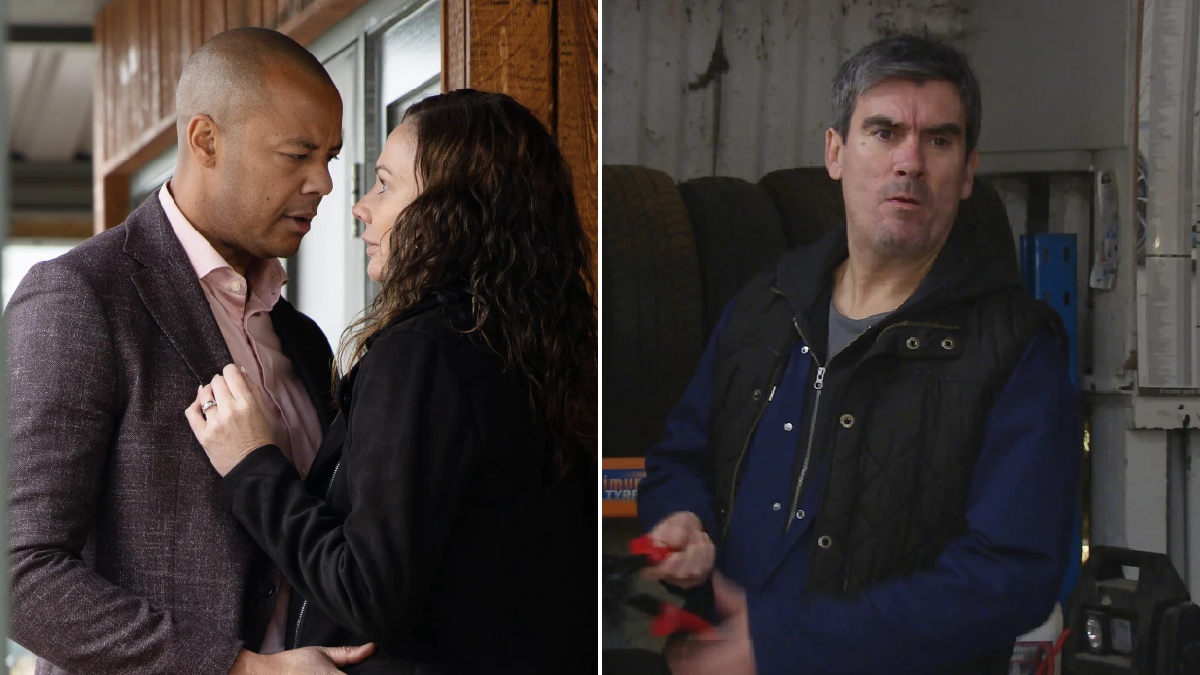 As things are set to get steamy between Chas Dingle (Lucy Pargeter) and Al Chapman (Michael Wildman) in upcoming Emmerdale episodes, there’s at least one person whose reaction is likely to be more extreme than most.

Cain Dingle (Jeff Hordley) has always been Al’s sworn enemy and the two have frequently gone head-to-head in their loathing of each other.

A partial truce was declared after Al saved Cain’s life following the recent car crash, but a rivalry that runs that deep can soon be sparked back into life – with consequences that could be deadly, according to Michael Wildman.

He told Metro.co.uk that Al and Chas get together after Chas discovers the truth about Faith’s cancer diagnosis and Al suffers the loss of his father.

‘That’s basically how he and Chas connect at this moment in time,’ he explained. ‘They have connected a few times before.

‘I don’t think its too much of a shock the two of them can hold a conversation, even given what’s gone on previously all the stuff with the Woolpack, it wasn’t a huge surprise to me they find each other and talk this out.’

Things go much further than talking and the two share a passionate kiss. But how will Cain react when he finds out that his sister has been messing about with his enemy?

Michael can foresee only one reaction from Cain: ‘He’s not going to like it, obviously,’ he said. ‘Maybe this would lead him to actually act on one of his threats…’

And since Cain’s threats generally involve violence, this probably means that Al needs to start watching his back.

And another person he will be seriously upsetting is current partner Kerry Wyatt (Laura Norton).

But Michael reckons that if Al can get away with her never finding out, then he will do it.

‘I doubt very much he’s going to come clean,’ the actor mused.

‘I don’t know. There’s got to be maybe a time where he will come clean with someone he’s cheated on.

At this moment in time, he gets to a point where he’s not getting something that he’s looking for in the current relationship that he’s in, and that’s where he always goes wrong.

‘That’s where Chas comes along and offers him the kind of comfort and support he’s not getting somewhere else. That’s his biggest downfall.’

Except Cain that is…