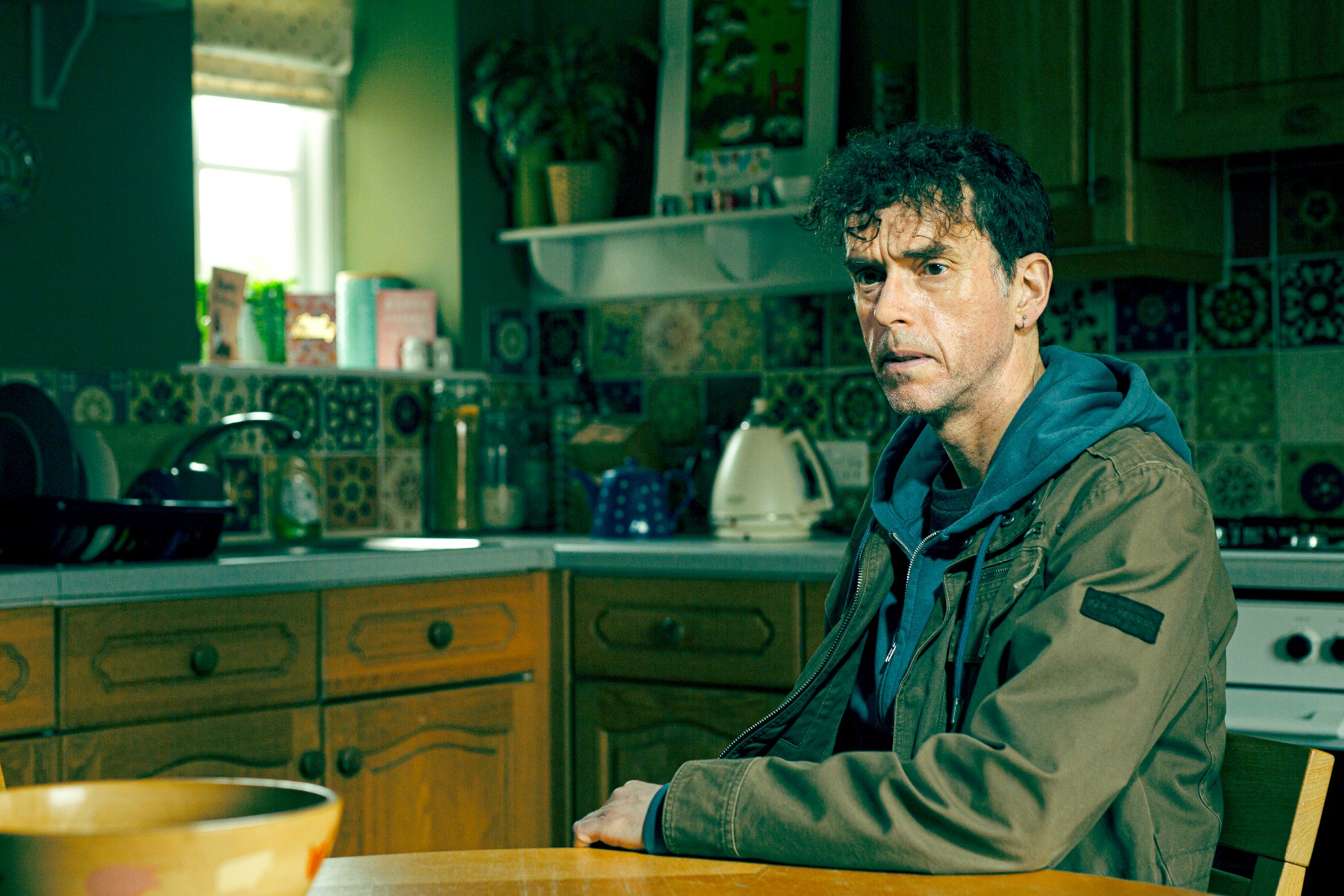 Emmerdale has worked closely with the Stroke Association on upcoming episodes that deal with Marlon Dingle (Mark Charnock) suffering a life-changing stroke.

Mark told Metro.co.uk that it had been vitally important for the team to get the details of the stroke right. ‘It is a big responsibility because of the sheer volume of people that go through it,’ he says. ‘There’s a stroke every five minutes in the UK. The difficulty is, as the Stroke Association keep saying, every stroke is different. You can only tell the one story and hope it represents faithfully what happens afterwards and what people have to go through.’

Mark and the entire Emmerdale team have worked closely with the Stroke Association and people who’ve experienced strokes, in order to make the story as accurate and representative as possible. ‘We’ve had John on set who’s a stroke specialist, he’s been fantastic, and we’ve Zoom meetings with doctors and speech therapists who work with the Stroke Association,’ Mark says.

He describes the challenge of trying to find a way to portray Marlon’s particular experience. ‘Each stroke is different so there’s not really a blueprint as such,’ he says, ‘But I’ve tried to find my own rhythms, with the aphasia [speech problems] especially. It starts off as quite slurry for Marlon then the slurring eases and becomes just trying to find words. The words are there but he keeps grabbing the wrong one. The physical side of it, when he’s first in hospital, you droop to the side of where the stroke is. There’s all sorts of side effects, drooling, vagueness, and he gets tired very easily.’

At every point, he checked the accuracy of what he was doing with John, the on-set expert. ‘It’s the details that are really going to sell the story to people who’ve been through it,’ he reasons. ‘So the research has been everything, really.’

As accurate as the depiction of the stroke is, Mark warns that the effects on Marlon are going to be very long-lasting and this isn’t a storyline that will be over in a few episodes. ‘He’s not going to get where he wants to be for a long time. We’re just at the beginning of his journey. He can’t work anymore, he feels, wrongly, that he can’t be the dad he wants to be anymore, which is everything to him, because of his incapacitation.’

Mark is keen to point out that the story is also one of hope, and there’s even room for some light-hearted moments in it. ‘There’s some comedy in it, too, there’s some fun to be had in it,’ he says. ‘There’s some lovely scenes with Paddy (Dominic Brunt), really well-written funny scenes in the hospital quite early on that will hopefully show that it’s not all gloom and depression. There’s lightness to it, too. Also, there’s a great deal of hope – hope that things can only get better from where they are. There’s positivity to be had from it, too.