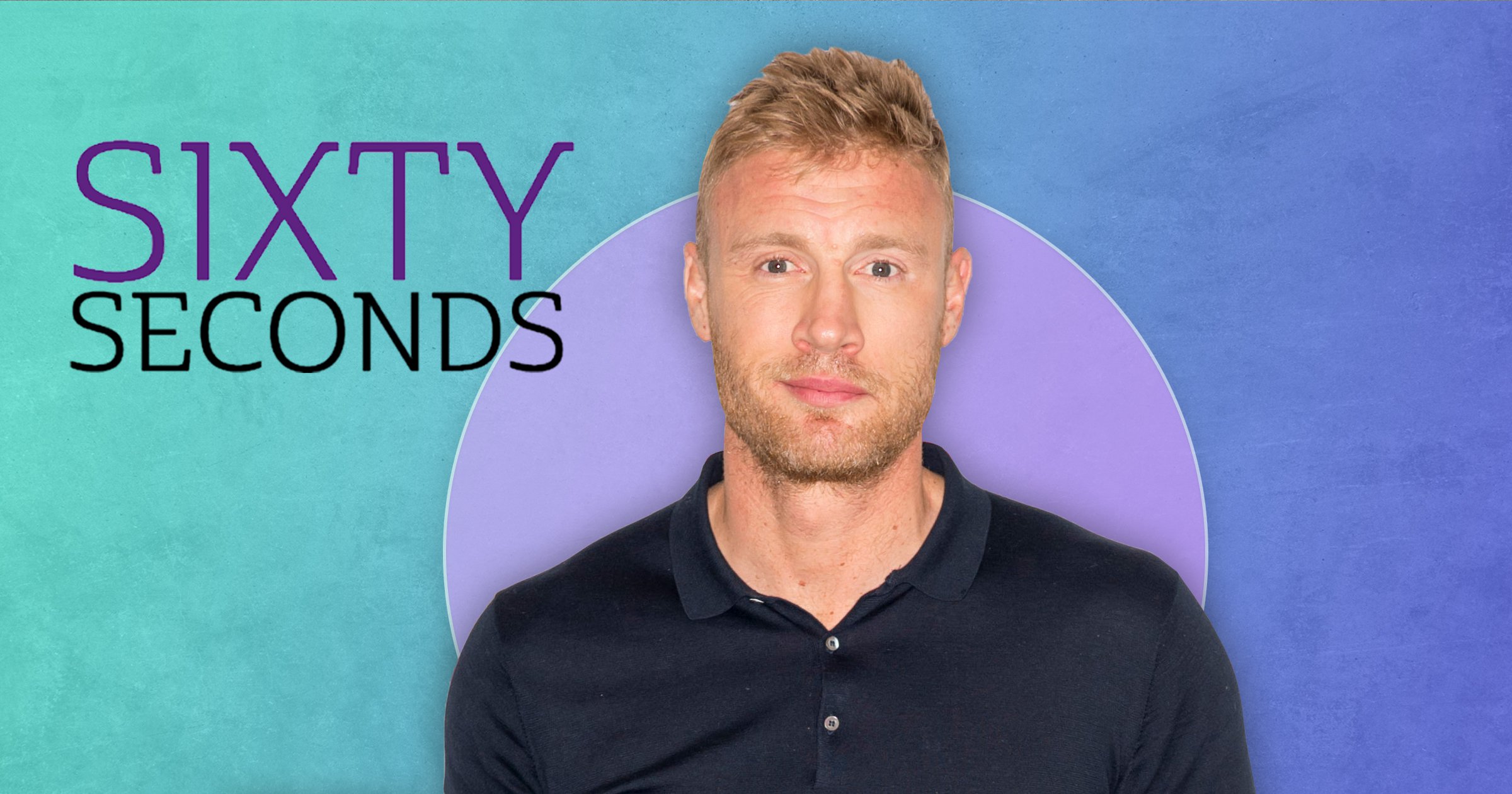 The England cricket legend and Top Gear presenter, 43, on singing Elvis, getting called Andrew, keeping secrets from his wife Rachael, and new tournament The Hundred.

You’ve done crazy stunts for A League Of Their Own and Top Gear. Where would you draw the line?

They’ve not found it yet… My missus isn’t too happy about some of them so I don’t tend to tell her.

She only finds out when it’s on TV so when I was perched off the edge of a dam in a Rover Metro, waiting to be dropped off on a bungee, it was a bit awkward.

On League, they realise we’re getting on a bit — Jamie [Redknapp] is nearly 50 so you’ve got to be careful with him.

The access we’ve had and places we’ve been on those shows, it’s bonkers. Everyone asks if I get nervous but, honestly, I’ve never replicated the nerves of walking out to play a Test match.

How nervous were you about last year’s documentary about bulimia?

I couldn’t have done it 10 years ago but I know myself better now, I’m more comfortable in my own skin.

The whole point was to normalise the conversation around it. I’m not a do-gooder but if it helped anyone then it was worth doing.

What is The Hundred and why is it so exciting?

It’s a 100-ball-an-innings tournament involving eight men’s and women’s teams from around the UK, bringing players from all around the world together with the best of what we’ve got.

It’s aimed at families and fun, trying to bring a new audience in.

Have you missed being part of the game?

I’ve always enjoyed it as a viewer but recently I’ve been thinking I’d like to be involved again.

My two boys play cricket so my summers are now just driving them up and down the country for matches.

The place I’ve always felt most at home has been around cricket — it’s what I know and it’s all I ever wanted to be.

Would you have thrived in The Hundred?

In theory, maybe, but skill levels are a lot higher now.

I knew I could bowl quite quick and know exactly where it was going, and pump the ball straight when I was batting, but I couldn’t bowl a slower ball for love nor money and I couldn’t be scrabbling around on my knees trying to bat left-handed like you have to these days.

Do tournaments such as The Hundred threaten the future of Test cricket?

I think these new competitions enhance it, not threaten it. My kids want to learn the short form first then adapt to the longer form — when I started, it was the opposite.

And given the year we’ve had, Test cricket has been a real triumph.

The scores may have got slightly lower and people may not bat for as long, unless you’re Steve Smith, Joe Root or Kane Williamson, but the way they score runs has got quicker and in some ways more exciting. I’m optimistic.

The Hundred has lots of half-time music and performances. As an all-round entertainer, did you consider putting yourself up for that?

Am I? Thanks very much! Everything around it will be fun but, essentially, the cricket has to be good and it has to be done right.

That’s my biggest challenge — I find punditry harder than anything I’ve done on TV but I’ve got an opinion so I’ve got to raise my level.

Rather that than singing Elvis at teatime in the Twenty20 finals and falling over a speaker!

Does anyone ever call you Andrew?

Yeah, my mum, my wife, Steve Harmison… It’s weird. I introduce myself as Andrew at the school gates but when people call me Andrew I don’t even respond. When they call me Freddie, my head spins round.

How was lockdown for you?

The first one was all right because we had time with our new baby. I did TalkSport Breakfast with Laura Woods and Ally McCoist, which was a shock to the system, getting up at half five, even just to commute to the couch.

The last lockdown was more of a struggle — I got a bit lazy so I had to have a chat with myself about getting out of bed and getting into routines.

What ambitions do you still have?

I never look at it like that. I did all right with the cricket and I’m enjoying doing TV but the way I live now has changed a bit. The days of staying out for a few bevvies then coming home late with a kebab down my chest are long gone.

It’s a quiet life and I really enjoy it. Like a lot of parents, you live your best moments through your kids now.

I love doing what my parents did for me, helping them follow their dreams like I did.

Personally, I’ve got aspirations of coaching. People had an idea of what I was like when I finished playing cricket but that was ten, 12 years ago now and people change.

There aren’t many jobs I’d want now, only Lancashire and England, and they’re a bit sewn up at the moment. So I’ll keep on driving cars for the moment.

How to get your Metro newspaper fix

Metro newspaper is still available for you to pick up every weekday morning or you can download our app for all your favourite news, features, puzzles… and the exclusive evening edition!