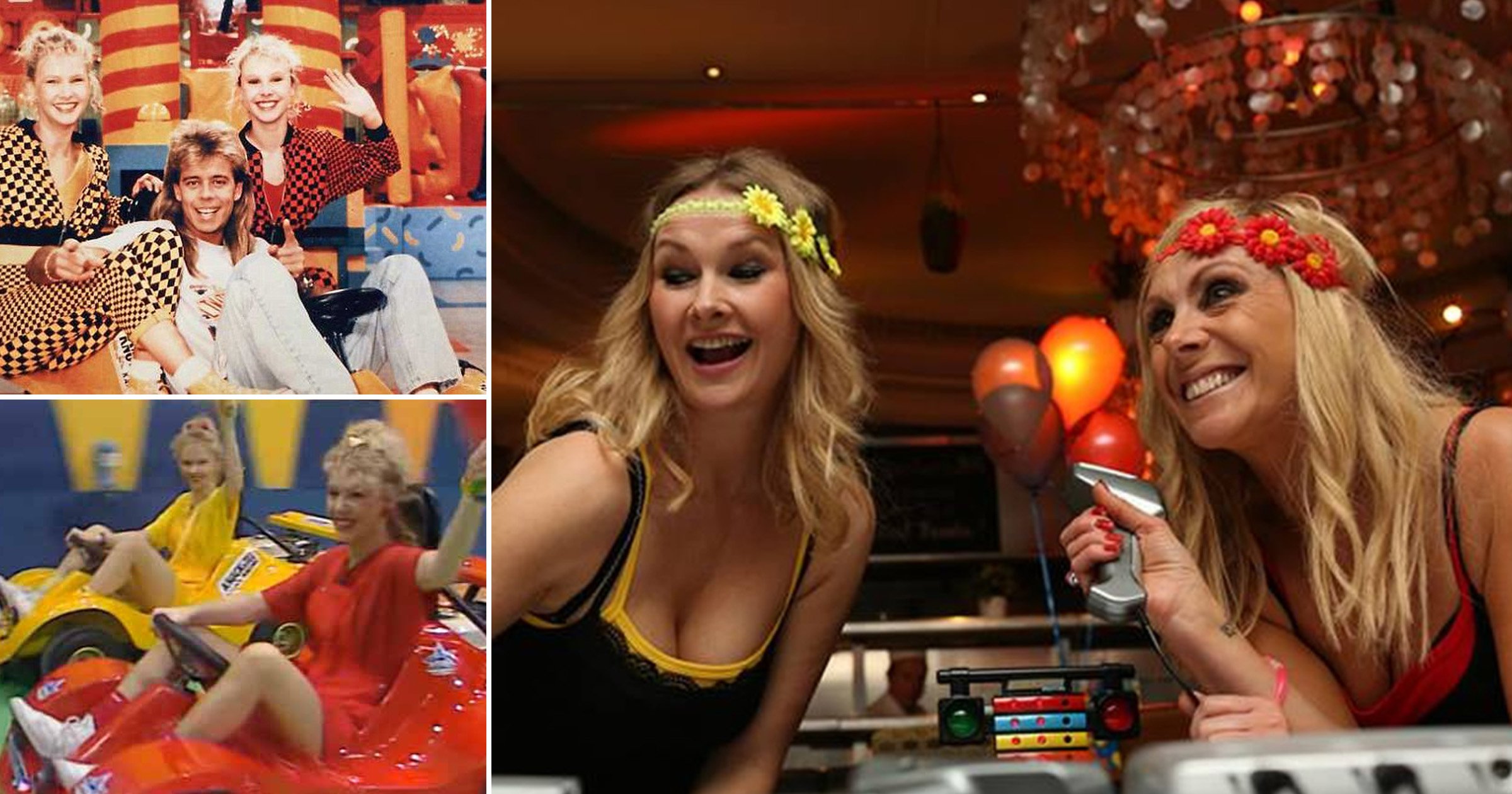 Melanie and Martina Grant entertained a generation 23-years-ago as they appeared on Fun House alongside Pat Sharp (and his mullet).

And even though the gameshow has been off-air for over two decades, the twins are still partying with their pom-poms and working as cheerleaders in personal appearances.

Melanie and Martina, now 50, are both mums and they earn a living by reviving their cheerleading co-presenter personas for private parties and corporate events.

The twins from Ramsgate are booked via their website, funhousetwins.co.uk, and prove to be a popular choice.

Photos on their site show the twins dressed in their iconic red and yellow costumes, waving their pom-poms and smiling as they pose with guests.

Their biography says they spend their day-to-day hours raising their children, doing the school run and ‘dreaming’ of making an appearance on Strictly Come Dancing, Dancing On Ice or I’m A Celebrity.

Melanie and Martina became household names following the success of Fun House after its launch in 1989.

The show saw two teams going head-to-head in a series of messy challenges as they competed for prizes.

The memorable show aired on CITV and was hosted by radio DJ Pat, whose mullet is long gone, but he remains a regular on TV.

Fun House was a syndication of a hit American series of the same name, and aired for 10 years until 1999.

The hosts delighted fans with a one-off Fun House event in 2015, when Martina told Mail Online that ‘people think it’s the first time we’ve got back together but actually we’ve been working together all along.’

As well as their own bookings, the sisters have appeared alongside former host Pat as part of the Fun House trio at private events since the mid-1990s.

Back in 2019, Pat actually suggested the idea of an adults’ Fun House, which was music to the ears of 90s kids everywhere.

He said there were plans in place for an interactive live experience which would travel up and down the UK and, honestly, it sounds like a hoot!

‘We’re still looking at trying to do a live, interactive, immersive attraction. So we’ll hopefully get the rights and get it out there,’ the host began.

‘We’ve got a company that’s ready to go. What we’re trying to get is the rights to enable us to do it and get it out there for adults to play in the Fun House – exactly as it was, with go-karts.’

He continued: ‘I get a lot of people who message me with a picture of their kids watching it, episodes from like 1989.

‘They watch it over and over again, and they love it. It probably could work again in a format of some kind, absolutely.’